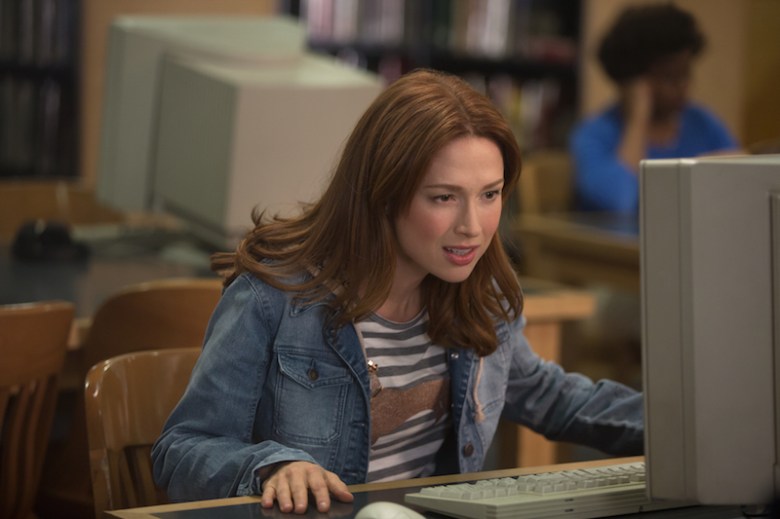 Looking back on the first season of “Unbreakable Kimmy Schmidt,” there was a clear trajectory. The story began with 29-year-old Kimmy (Ellie Kemper) finding freedom after 15 years of captivity; by the season’s end, Kimmy had not only begun building a new life for herself, but had also confronted her former captor and the bunker that had defined her life. Things weren’t wrapped up in a bow in the season finale, but there was a denouement in seeing Reverend Wayne Gary Wayne (Jon Hamm) finally hauled off to jail.

That said, the first half of last year suffered from a certain lack of momentum. Season 1 of “Kimmy Schmidt” only really picked up steam with the final three episodes, which served as almost a three-parter that unified the bulk of the season’s plotlines. Meanwhile, the first six episodes favored a standalone format; unlike many Netflix series, it’s easy to remember that Episode 4 was “the one with the plastic surgery” or Episode 6 was “the one with ‘Peeno Noir.’”

That first season was originally developed for NBC, where Tina Fey and Robert Carlock borrowed from the “30 Rock” format: Episodes driven by standalone premises, while letting character arcs serve as connective tissue. So when Netflix picked up “Kimmy Schmidt” (boy, it’s tempting to use the word rescue there), the question was how much things might change from Season 1 to Season 2, a season which Fey and Carlock could now anticipate being binged by a hungry fanbase.

However, the first half of Season 2 sticks pretty closely to the patterns established in Season 1. Now back in New York, Kimmy continues her quest to move on with her life — not just move on from her time in the bunker, but recover from her interrupted relationship with Dong (Ki Hong Lee), conquer the GED, and keep a job so that they can keep those Columbia Music House tapes coming in. Not making things any easier are her complicated and demanding friendships with roommate Titus (Tituss Burgess) and former employer Jacqueline (Jane Krakowski), or the fact that happiness isn’t a limitless resource, even for Kimmy.

Kimmy’s most defined attribute, powered so definitively by Kemper’s performance, is her unflagging optimism in the face of situations which, to others, might be truly devastating. But while someone literally calls Kimmy “a cartoon person” in the season premiere, the show never takes her optimism for granted — we see her constantly struggle to find the strength to stay positive. And it’s that struggle which keeps her inspiring, but could still crumble in the back half of the season.

READ MORE: Why ‘Unbreakable Kimmy Schmidt’ Star Jane Krakowski Would Do Anything For Tina Fey

Beyond Kimmy’s personal issues, “Unbreakable” continues to highlight some outstanding comedic performances within the ensemble (in addition to a couple of hilarious cameos that are too good to spoil here). This is a show where the series regulars who get the most prominent love stories are the gay black man and the woman over 60, which is too wonderful for words; beyond that, Burgess gets more opportunities to sing and unleash his fierceness. And Krakowski gets perhaps the most plot-driven narrative of the first half of the season — Jacqueline’s scramble to maintain her status in high-class society without her high-class husband gives the character a humanity that she initially lacked. It’s yet another reminder that one of the joys of series television is you get to know characters better and better as the years pass. 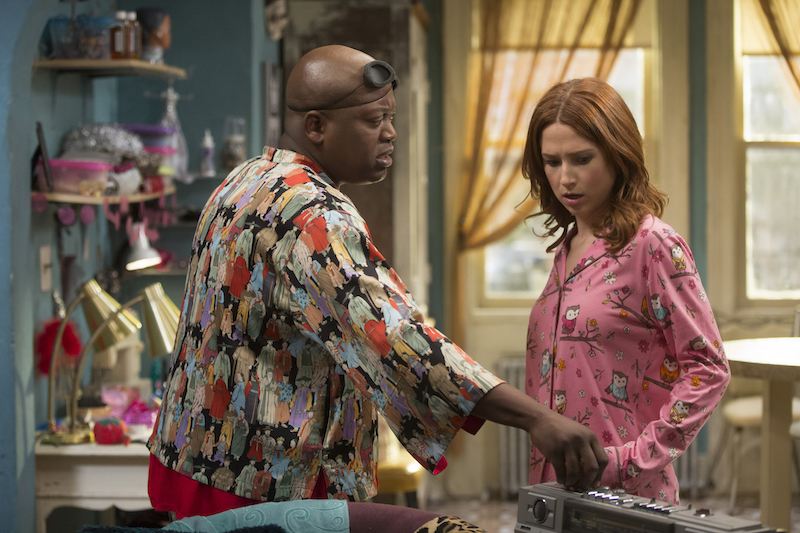 Not every note is in perfect harmony — especially when it comes to the way this season reacts to the way Season 1 was criticized for its depiction of race. Rather than shy away from controversial issues, like Jacqueline’s “real” background as a Native American, Season 2 makes that storyline a major focus of the first episode. And, without revealing spoilers, there’s also a subplot that basically serves as a message from the producers to those who might choose to talk smack on the Internet about how they choose to tell this story.

Technically, this subplot presents the argument that those who want to critique the show should make a point of engaging with the full message, rather than go with their knee-jerk reactions. Totally fair. But it also comes off, just a bit, as saying that “you’re only offended because you aren’t paying attention right.” To critique this critique of criticism feels like a bit like a descent into madness, which is maybe what Fey and Carlock are going for here. If so, well-played.

While that might be off-putting, the imperfections feel very true to the show’s fundamental ethos, built as it is on Kimmy Schmidt’s weird little world. When you see the world through her eyes, it doesn’t seem particularly better — but you believe it can be.