SXSW 2016 Review: 'Beware the Slenderman' is a Horrifying Look at the Power of the Internet 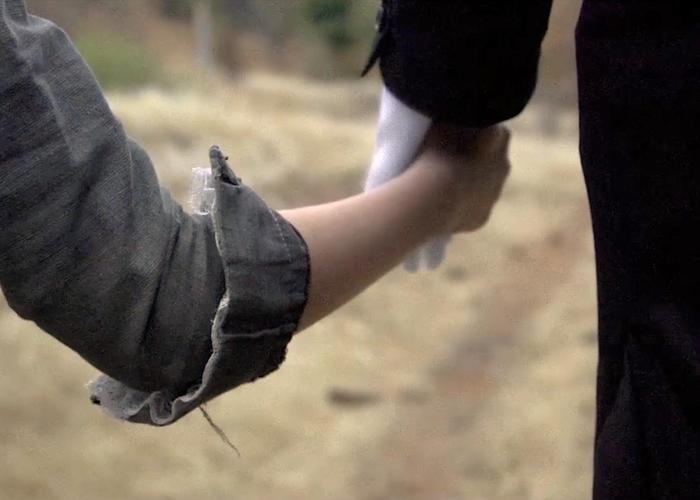 If the demonic apparition of “It Follows” inspired real criminal behavior, it might look something like the infamous 2014 case in Waukesha, Wisconsin, when a pair of 12-year-old girls stabbed their best friend 19 times and left her to die in the woods. While the victim miraculously survived the attack, the perpetrators remained trapped by their delusion. Operating under the assumption that a fictional Internet-based character called Slenderman forced their hand, the girls felt that they had to commit the deed to save their families.

Documentary filmmaker Irene Taylor Brodsky’s harrowing “Beware the Slenderman” recounts their deeds with fascinating specificity, showing the extent to which this 21st century boogeyman grew more powerful than any safety measure to contain its influence. The scenario might sound extreme, but “Beware the Slenderman” puts it in context.

Chronicling the rise of the Slenderman character on the open-sourced horror network Creepypasta, Brodsky shows how the seemingly innocuous tales of a faceless menace became the preeminent movie monster of the digital age. Like the Pied Piper with a social media twist, Slenderman’s mythology rapidly expanded as the meme gained traction. Said to prey on children when not enslaving them, the spindly figure crops up in viral videos, video games and fan art, all of which lead young, fragile minds to assume they’re faced with a genuine threat. Such was the case with Anissa Weier and Morgan Geyser, whose decision to commit the gruesome act was both a case of mental instability and outright confusion.

Jutting between the tropes of a true crime thriller, family drama and investigative journalism, Brodsky delivers a probing look at this uniquely modern tragedy. The two-hour tale at times feels overloaded with information and somewhat unfinished as the judicial process continues to play out. However, “Beware the Slenderman” doesn’t tread water when it comes to the key factors of the case. In snippets of the harrowing interrogation sessions shortly after Weier and Geyser were arrested, both girls show less remorse than outright fear of a real menace. “I just knew what the Internet has told me,” says one, while the police struggle to make sense of their claims. The distinction between them further elaborates on their motivation: Geyser fully believes in Slenderman, while Weier is swayed by her peer’s conviction.

Their parents, captured in a series of intimate conversations at home as their kids remain in detention, provide a devastating contrast to the girls’ beliefs. Like baffled relatives speaking out in wake of mass shootings, they can only theorize about their children’s psychological instability: Geyser’s father, who has suffered from schizophrenia, imagines his daughter copes with a similar ailment, but that only begins to explain the extent to which Slenderman overtook her world.

To answer that question, Brodsky elaborates on the girls’ worldview with an eerie soundtrack and jagged editing strategies, which might seem exploitive if it weren’t justified by the impact of the Slenderman character on their actions. In the most effective sequence, a brilliantly assembled montage of online ephemera — from disturbing YouTube clips to message boards laced with menacing conspiracy theories — underscores the scope of online material with the capacity to sway young minds. Glimpses of comments left by the girls on message boards show just how far they had sunk into fantasy without their parents’ awareness. Shielded from opposing points of view, the Internet mandates their relationship to the world.

That makes them both embodiments of the Slenderman threat and victims themselves, a contradiction sorted out in the courtroom during a series of mesmerizing sessions as the girls grow older behind bars. With few precedents to assess the situation, “Beware the Slenderman” finds the judicial system at odds with an era overwhelmed by unregulated technological progress.

To address that piece of the equation, Brodsky branches out to a number of experts from both the online arena and the field of psychology. These bountiful interviews, exclusively conducted over Skype, sometimes overwhelm the movie and distract from its central drama. They also have the tendency to pad the narrative, which remains unfinished, with both girls still on lockdown and facing new appeals this year.

Nevertheless, “Beware the Slenderman” effectively diagnoses its phantom menace. Evolutionary scientist Richard Dawkins considers the meme “a virus of the mind,” which is especially credible viewed alongside the fragmented ways in which Slenderman has pervaded the dark corners of the web. Shifting towards the present day, “Beware the Slenderman” shows how Weier and Geyser have themselves become the focus of online speculation and even fan art. In the movie’s final haunting twist, they’ve been consumed by the same horror story that corrupted them in the first place.

“Beware the Slenderman” premiered at the 2016 SXSW Film Festival. HBO will release it later this year.

This Article is related to: Reviews and tagged Reviews, SXSW 2016