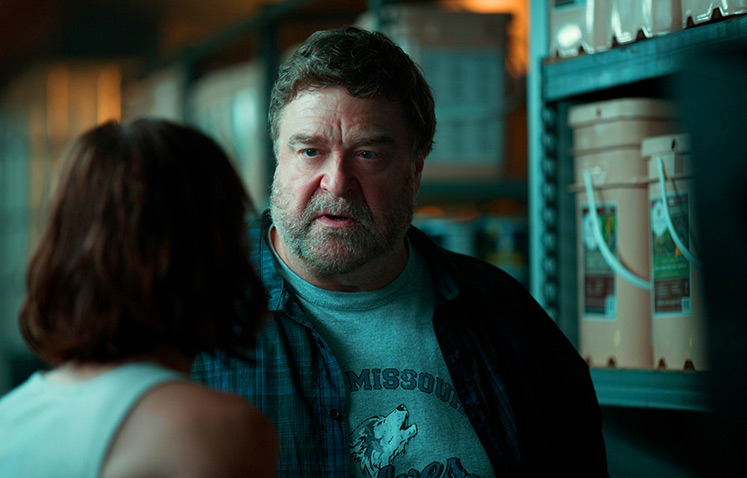 (Note: This article does not contain spoilers for “10 Cloverfield Lane,” unless the title is a spoiler, which it is.)

J.J. Abrams has built a career on the element of surprise, but the story he tells to explain his embrace of the “mystery box” seems to miss its own point. The approach, he explained in a 2007 TED talk, takes its name from a childhood treasure he’s kept sealed for more than 40 years, because unopened “It represents infinite possibility. It represents hope. It represents potential.”

The problem is that Abrams’ method involves not just making mystery boxes but opening them, and what’s inside is almost always, perhaps inevitably, a disappointment. There are two kinds of surprises, those that give you information that you didn’t previously know, and those that tell you something you’d never have suspected, and Abrams traffics almost exclusively in the former. You might not have known going into “Star Wars: The Force Awakens” that Kylo Ren was Han Solo and Leia Organa’s son, but it fits snugly within the framework established by the previous films: It’s an “Of course,” not a “What?” The discovery of the hatch at the end of “Lost’s” first season was a genuine shock, as was “Fringe’s” transformation from an “X-Files”-type procedural to a show about parallel universes and alternate realities, but Abrams has taken few such risks on the big screen, either as director or producer.

“10 Cloverfield Lane” was produced with such secrecy that even star Mary Elizabeth Winstead didn’t know she was in a quasi-sequel to 2008’s “Cloverfield” until an hour before the trailer abruptly dropped in January. Indeed, there was no connection at all between the two films until late in the game: “10 Cloverfield Lane” began life as a low-budget thriller called “The Cellar,” whose logline reads “A woman wakes up in a bomb shelter with a mysterious man who says he rescued her from an apocalyptic event,” and it was only after Abrams decided to tie it to what he’s calling the “Cloververse” that the ending was reworked.

The reviews of “10 Cloverfield Lane” have stressed that you should go into the theater knowing as little as possible, and that’s true, as it’s true for most other movies. (In fact, I’d argue it’s more true for movies outside the realm of genre, even though those tend to be the ones spoilerphobes make the biggest fuss about, but that’s an argument for another day.) When marketing departments often give away huge chunks of plot in advance, citing research that shows knowing a movie’s twists doesn’t dissuade viewers from seeing it, Abrams keeps the lid on tight: When critics sat down to watch the first screenings of “The Force Awakens,” no one even knew who the movie’s protagonist was. Without the power of a generation-spanning franchise behind it, “10 Cloverfield Lane” had to show us more up front, namely a wild-eyed John Goodman chaining up Winstead in his underground bunker to keep them both safe from… something.

Abrams has been cagey about how, or if, “10 Cloverfield” lane is tied to the original “Cloverfield”: The movies share a “vibe,” but they’re “not in the same timeline,” whatever that means. But we know there’s some connection, or at least we’re prepared for the possibility of one, and that’s where Abrams’ ingenious marketing stunt backfires. What would have been the biggest surprise in the movie — and I won’t give it away here — is telegraphed by the one thing you can’t avoid knowing in advance: The biggest spoiler for “10 Cloverfield Lane” is the movie’s title. It’s as if “Lost” had been called “The Hatch.”

While Abrams has been hailed for “pulling a Beyoncé” with the stealth launch of “10 Cloverfield Lane,” telegraphing the movie’s en-franchisement in advance actually represents a substantial failure of nerve. Imagine seeing “10 Cloverfield Lane” if it were still called “The Cellar,” or even “Valencia,” a code name as meaningless as “Cloverfield” originally was, and only discovering the connection between films on your own. You’d lose the pre-established audience, but you’d gain the possibility of genuinely catching viewers off guard, the way “The Cabin in the Woods” presented as a self-aware slasher movie until it became — you know. Abrams could have kept us truly in the dark, but instead he handed us another mystery box, and what’s inside is exactly what you’d expect.

This Article is related to: Features and tagged 10 Cloverfield Lane, Cloverfield, J. J. Abrams, The Cabin in The Woods