This Week In Home Video: 'Creed,' 'Room,' and More 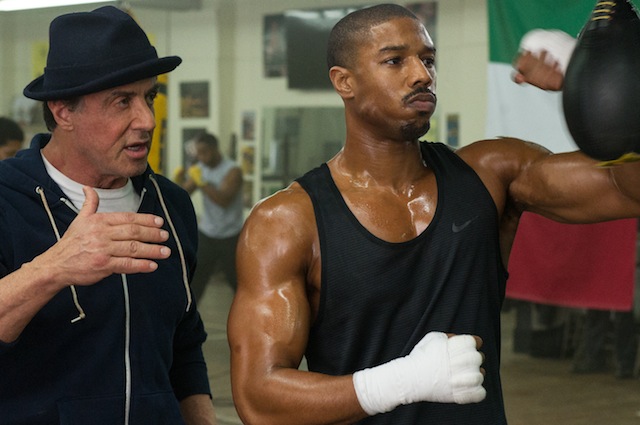 It’s a busy week for new releases this week, especially Blu-rays of Oscar-nominated films. There’s the modern spin on the “Rocky” story, a human drama about a mother and a son, an emotional-yet-mediocre tale of self-actualization, a stoner comedy, the third season of an acclaimed FX drama, a panoramic portrait of Tehran, and much, much more.

Let’s start with Ryan Coogler’s “Creed,” the stunning, inspiring story of Adonis Creed (Michael B. Jordan), son of Apollo Creed, as he pursues his dream of becoming a professional boxer with the help of his father’s old friend and rival Rocky Balboa (Sylvester Stallone). A critical and commercial success, “Creed” garnered praise for Coogler’s direction and the twin performances from Jordan and Stallone, the latter of whom was nominated for an Oscar. Many critics and writers balked at “Creed’s” lack of presence at the Academy Awards last Sunday, but it will just have to settle for winning over the hearts and minds of the public.

Other new releases this week include Lenny Abrahamson’s “Room,” about a mother (Brie Larson) and son (Jacob Tremblay) confined to a single room by a kidnapper who eventually escape and have to adjust to the real world; for her performance in “Room,” Larson took home the Academy Award for Best Actress. Next, Tom Hooper’s “The Danish Girl,” about Lili Elbe (Eddie Redmayne), the first recipient of sex change surgery, which took home the Best Supporting Actress award for Alicia Vikander who plays Elbe’s wife. Then, there’s Jonathan Levine’s “The Night Before,” a stoner comedy about three friends who say goodbye to their annual tradition of Christmas Eve debauchery. After that, there’s Jafar Panahi’s “Taxi,” a panoramic portrait of Tehran from the perspective of a cab driver played by Panahi as he drives around the city. Then, there’s the DVD release of the third season of FX’s “The Americans,” one of the very best shows on television. Finally, we have Paolo Sorrentino’s “Youth,” the Fellini-esque story of two artists on vacation at an elegant hotel at the foot of the Alps, the Tom Hardy vehicle “Legend,” about the Kray brothers who terrorized London in the 1950’s and ’60s, and Mary Dore’s “She’s Beautiful When She’s Angry,” an account of the birth of the women’s liberation movement.

It’s a brief week for classic releases: Warner Bros. has the Blu-ray release of “Strange Brew,” the classic Canadian comedy starring popular SCTV characters Bob and Doug McKenzie (Dave Thomas and Rick Moranis) as they discover an evil plot at the heart of their favorite brewery. There are two horror films this week: Grindhouse Release has “Pieces,” about young co-eds who are cut up by a chainsaw-wielding serial killer who tries to put together a human jigsaw puzzle out of body parts, and Arrow Films has Takashi Miike’s classic film “Audition,” about a middle-aged widower who “auditions” women to play the role of his new wife only to get much more than he bargained for. Finally, Flicker Alley and Lobster Films has a restoration of Marcel L’Herbier’s “L’Inhumaine,” the 1924 experimental sci-fi film that garnered much controversy at the time of its release for its avant-garde innovations.

There’s a majestic, bitter irony to “Creed,” Ryan Coogler’s stirring, heartfelt, tough-minded, and insightful reboot of the “Rocky” franchise. It’s a satisfying genre movie, and it meets the requirements of the series, but it’s very much a personal and passionate film. It’s Coogler’s — he directed it, wrote the story, and co-wrote the screenplay with Aaron Covington. It’s as much of a political film as is Coogler’s other feature, the independently produced drama “Fruitvale Station.” And — as is entirely normal for a young filmmaker (amazingly, Coogler is only twenty-nine) — “Creed,” despite the studio standards and norms that it meets, is an even more accomplished, wide-ranging, and analytical film than his remarkable début. Ingeniously, Coogler has transformed “Rocky” — the modern cinematic myth that, perhaps more than any other, endures as a modern capitalist Horatio Alger story of personal determination and sheer will — into a vision of community and opportunity, connections and social capital, family and money. It begins in a modern-day Hell, a juvenile-detention center in Los Angeles that’s run with the terrorizing martial authority of a prison, and focuses on a modern victim of that broken system — young Adonis Johnson (Alex Henderson), an orphaned teenager in the center, who’s involved in a bloody and harrowing fistfight with another, bigger inmate. Read more.

By telling its story exclusively from the point of view of a child just beginning to differentiate between his interior world and the world, “Room” the novel became as much a narrative experiment as a familial drama. “Room” the movie can’t use the same techniques to bring you inside Jack’s head, but in the film’s first (and best) half, Danny Cohen’s cinematography captures something like the subjective experience of childhood. Seen in low-angled close-ups in just the right shaft of light, the grubby surfaces and worn objects in claustrophobic, 11-by-11-foot, cork-tiled Room start to take on their own luminous beauty — though the effect might have been more transporting without Abrahamson’s frequent overlays of voice-over narration (by Tremblay) and mood-enhancing music (by Stephen Rennicks.) Maybe that luminosity is just emanating from the presence of Brie Larson. Larson is only 26, but here as in 2013’s “Short Term 12” she gives evidence of having covered a lot of emotional and experiential ground in her short time on the planet. She lets us see Joy’s struggle to keep her child healthy, safe, and happy, and, at the same time, her deeper-buried fight to keep herself going, to fight off the daily temptation to sink into despair. Most of all, Larson conveys Joy’s fierce love for the world she was ripped out of, and which she’s determined her son will get to experience. It’s not just an emotionally moving performance but a thoughtful one, full of insight about parenting and human nature — and made richer by Larson’s seemingly symbiotic bond with the 9-year-old Tremblay, who’s a wonder to watch throughout young Jack’s remarkable journey. Read more.

“The Danish Girl”
Criticwire Average: B-

The strange thing about “The Danish Girl” is that it conveys its transexual heroine’s experiences in terms of erotic obsession — with silk stockings as the major fetish item — but is itself mostly sexless, at least as far as her life as a woman is concerned. Tom Hooper’s just-sophisticated-enough re-telling of the life of Lili Elbe, one of the first people to undergo a surgical sex change, is all about the desire of female forms; a typical scene finds Elbe watching a peep show, copying a stripper’s movements until she is noticed through the glass, and the two enter into a mirror dance. And yet the movie resists the one thing that could prove that it has some guts — namely, it resists turning Lili Elbe into an object of desire herself. Hooper’s camera hovers in close-up over bare shoulders, knees, and ankles, none of them Elbe’s: a tease, as though the movie were always hanging on the cusp of having something kinky to say about the two meanings of the word sex and what they might have to do with one another. “It doesn’t matter what I wear, it’s what I dream,” goes the “The Danish Girl’s” pull-quote line, but this is one of those cases where a viewer shouldn’t believe everything they hear. Read more.

“The Night Before”
Criticwire Average: B-

Seth Rogen has turned tales of stoner man-children struggling to bid overdue farewells to their youths into a cottage industry — one that’s sometimes poignant, often hilarious, and occasionally annoying. “The Night Before” does little to mess with the basic formula, though it probably indulges its earnest side a bit more than the typical Rogen fare. It’s the story of three best buds — unemployable sad-sack musician Ethan (Joseph Gordon-Levitt), football star and Red Bull spokesman Chris Roberts, a.k.a. “C-Rob” (Anthony Mackie), and expectant father Isaac (Rogen) — who decide to bring their annual Christmas Eve ritual of carousing and getting shitfaced to an end with one final bender…It could have certainly been darker. The original impetus for these lads’ escapades stems from Ethan’s having lost both parents to a car crash many years ago. Plus, there’s a genuinely disturbing quality to Isaac’s anxieties about parenthood. And the whole business with Chris’s juicing up to make something of his career before his shelf-life runs out certainly strikes a sad note as well. But this kind of faux edge is Rogen’s thing now. Toss in just enough darkness so the material doesn’t feel neutered, mix with some creative dick and bodily function jokes, add some I-love-you-man warm fuzzies, and serve. The formula (mostly) still works. Read more.

Even the simplest, most unmediated records of human behavior are shaped, edited and manipulated. Everyone is a filmmaker. “Taxi,” though, happens to be the work of a great one, one of the most humane and imaginative practitioners of the art currently working. “The Circle” was an unsparing look at the condition of women under the thumb of traditional patriarchy and religious dictatorship. “Crimson Gold” cast a harsh light on Iran’s economic inequalities and on its neglect of its military veterans. These films are powerful pieces of social criticism, but it is their combination of structural elegance with tough naturalism that places them among the essential movies of our time. The same can be said about “Taxi,” which offers, in its unassuming way, one of the most captivating cinematic experiences of this year. Though it is gentle and meditative rather than confrontational, the film nonetheless bristles with topical concerns. It begins with a tense back-seat argument about the death penalty and eventually turns its gaze on poverty, violence, sexism and censorship. Like Mr. Panahi’s cab, his film is equipped with both windows and mirrors. It’s reflective and revealing, intimate and wide-ranging, compact and moving. Read more.