This Week In Home Video: 'The Forbidden Room,' 'Macbeth,' and More 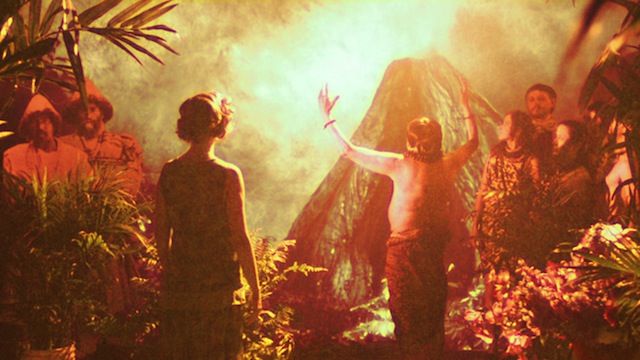 It’s an interesting week for new releases, with some widely acclaimed indie films and some interesting mainstream fare. There’s a brilliant home to lost and silent cinema in the form of nested narratives, a big-budget adaptation of a Shakespeare classic, a biographical adventure-drama, a Ukrainian film about a boarding school for deaf children, and a one-take heist film.

Let’s start with Guy Maddin’s “The Forbidden Room,” one of the most original, daring, and funny movies of the last year. Essentially a series of short films in a nested narrative structure, “The Forbidden Room” takes its cues from silent and lost cinema, but Maddin adds his own unique spin to each of the films, oftentimes ramping up the absurdity in every film but always keeping it formally engaging. Some of these films include a doomed submarine crew subsisting off pancakes in order to “double their oxygen supply,” a surgeon kidnapped by insurance defrauders in the form of women skeletons, and a instructional film, “How to Take a Bath.” It’s a delirious, dizzying exercise in sustained lunacy, inspired by one of the more original stylists working today.

Other new releases this week include Justin Kurzel’s “Macbeth,” with Michael Fassbender as the Thane of Cawdor, and Marion Cotillard as the conniving Lady Macbeth. Next, there’s Ron Howard’s “In The Heart of the Sea,” a biographical adventure-drama about the 1820 sinking of the whaling ship Essex that inspired “Moby-Dick.” Then, Miroslav Slaboshpytsky’s “The Tribe,” a Ukrainian drama set in a boarding school for deaf children when a new arrival gets roped into a crime ring. After that, there’s Sebastian Schipper’s “Victoria,” a one-take film about a runaway party girl that meets up with three guys at a club and eventually tags along on a heist. Finally, there’s Carlos Marques-Marcet’s “10,000 km,” about a long-distance relationship, and the fifth season of “Louie,” both on DVD.

There aren’t too many classic releases this week, but the few there are are most essential. Cinelicious Pics have two new restored, little-seen films by the legendary Left Bank filmmaker Agnes Varda: “Jane B. For Agnes V” and “Kung-Fu Master!” Then, Criterion has Jacques Rivette’s debut feature “Paris Belongs to Us,” a depiction of Paris bohemian life in the late-1950’s. Finally, Sony Pictures has Frank Capra’s “You Can’t Take It With You,” starring Jean Arthur and Jimmy Stewart adapted from the Pulitzer Prize-winning play of the same name.

“The Forbidden Room”
Criticwire Average: A-

A few movies have attempted something like this before (most notably “The Saragossa Manuscript,” a Polish film from 1965), but not with this degree of deliberate insanity. “The Forbidden Room” was shot mostly at the Centre Georges Pompidou in Paris, piecemeal, in front of a live audience, following which Maddin and Johnson artfully distressed the digital footage and added priceless intertitles. The project took advantage of whichever actors were available to it on a given day, making it far and away Maddin’s most star-studded picture (albeit mostly with French stars); Mathieu Amalric, Geraldine Chaplin, Udo Kier, Caroline Dhavernas, Charlotte Rampling, Adèle Haenel, and Ariane Labed are among the folks who show up, often just for one mini-narrative. For those attuned to Maddin’s goofy sense of humor, it’s easily the funniest movie he’s ever made — a series of several dozen comic shorts strung together on a ludicrous clothesline. The only downside is that the experience, at just shy of two hours, can be a trifle exhausting. At a certain point, before it starts the journey back to the submarine, “The Forbidden Room” feels as if it may just go on forever, telling every story from Jorge Luis Borges’ Library Of Babel (an imaginary building, much larger than our universe, containing every possible book). But that’s the nature of a rabbit hole. Read more.

Australian director Justin Kurzel tackles “Macbeth” with a few narrative tweaks and a whole lot of visceral violence. His film is just devastatingly gorgeous to look at — with a climax soaked in a fiery red that suggests “Macbeth” on Mars — even as it contains individual images that are so graphic, they may cause you to look away. And although he’s maintained the crucial supernatural elements of “The Scottish Play,” as it’s known superstitiously, Kurzel also wallows in the grit and muck, which gives his film a texture and an immediacy. Chunks of mud and drops of blood fly across bleak, gray skies and craggy highlands in super slow motion. (Adam Arkapaw, the cinematographer, also shot the great Aussie indie “Animal Kingdom” as well as Kurzel’s debut feature, “Snowtown.”) The look of it is so richly rough-hewn, you’ll feel as if you could reach out and touch it, even as the characters’ actions become increasingly repulsive. Read more.

“In the Heart of the Sea”
Criticwire Average: C

Mr. Howard goes all out when the ship finally sets sail: The camera whips around, going wide and eye-jabbingly close as you follow the crew up the masts, across the deck and into the galley. He comes across as keenly interested in the sweat labor it takes to run a whaling ship (the industrial organization evokes that of a major production like this one), but shortly after touring the operations, the movie loses momentum. One problem is the obvious artificiality of many of the digital effects. These often take you out of the story partly because, unlike the impressionistic painted backdrops in old Hollywood films, they’re trying hard to replicate the real world. When a rope runs along a post, the heat rising from it looks faked, while it’s the grappling men who give the moment a fleeting vibrancy. The biggest mistake here, though, is a misbegotten decorousness that sinks the movie, stoving it as calamitously as an enraged whale. Whether out of squeamishness, Oscar ambitions or because the story never coheres, Mr. Howard puts his pulp instincts in check and consistently (tastefully) pulls back, deploying splatters rather than torrents. Yet Melville was drawn to the story of the Essex for good reason, including the ghastly turn of events that led Mr. Philbrick to drop memorable phrases like “gastronomic incest” into his book. There’s no such corollary — no frenzied horror, no unspeakable truth — in the movie, which takes a 19th-century story of man’s survival in nature and turns it into a reminder that the whole domination of nature thing wasn’t such a great idea. Read more.

“The Tribe”
Criticwire Average: A-

As its title suggests, “The Tribe” concerns a group of people removed, by handicap and by intent, from society at large, and Slaboshpytskiy’s decision to keep his characters away from the non-deaf turns the school into a noir-like shadow-world that’s never penetrated by outsiders. What happens within that world is immensely disturbing — one scene involving Anna will test the resolve of even the most jaded viewer — but it naturally follows the emphatic “speech” of characters who have to express themselves physically. It’s bracing (and perhaps for some, disheartening) to see a film about the deaf this uncompromisingly bleak, but if there’s anything worth extrapolating from “The Tribe,” it isn’t the deaf experience so much as recognizing our own tendencies to conform to certain unspoken laws. The more insular a society, the more severe the consequences of rebellion. As a technical feat alone, “auspicious” doesn’t begin to describe what Slaboshpytskiy accomplishes here. He favors covering scenes in long master shots — sometimes in rigid compositions that amount to unblinking stares, others in roving tracking shots that capture an entire ecosystem in one take. Though some of the gesticulation is exaggerated, with signs flashing into what seems like fast-motion, Slaboshpytskiy isn’t always obvious about what information he’s trying to get across; the relationship between Sergey and Anna produces the only flickering evidence of tenderness in the film, but even there, a whiff of exploitation lingers. For the characters in “The Tribe,” who know nothing but hardship and narrow choices, love has a sour odor, too. Read more.

Fly away, “Birdman” — there’s a new one-shot wonder in town, and unlike that digitally augmented opus, Sebastian Schipper’s heart-in-mouth heist thriller “Victoria” isn’t performing any high-tech sleight of hand. Genuinely shot across 22 locations in a single bobbing, weaving, 134-minute take, this exhilarating tale of a winsome Spanish nightclubber who finds herself spontaneously caught up in a bank robbery during one wild night on the Berlin tiles is undeniably a stunt, but one suffused with a surprising degree of grace and emotional authenticity. If Luc Besson had somehow been born the third Dardenne brother, the trio might have produced something like this heady, palpitating Berlin competition entry; only “Victoria’s” considerable (but credibility-facilitating) length stands between her and a genre-crossover coup. Read more.