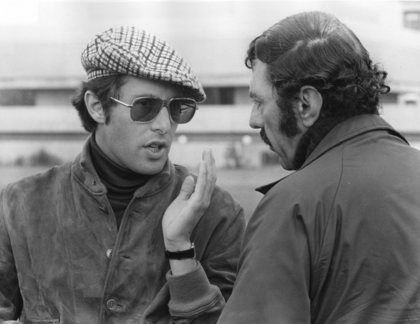 Most people think that documentary and fiction should never flirt with one another. The former is concerned with finding truth, exposing untold stories and presenting profound new perspectives. The latter is often more concerned with the narrative, the characters and the emotion.

READ MORE: William Friedkin Has “No Interest” In Superhero Films, Says TV Is The “Most Welcoming Place To Work For A Director Today”

But directors like Bennett Miller, Ari Folman and Debra Granik have often not subscribed to this pedigree of impenetrable dichotomy. To these filmmakers, both fiction and non-fiction diffuse into one another seamlessly, not impeding either one’s goals. Starting in documentary filmmaking, these directors incorporated what they had learned in their documentarian practice and translated it into the conventions of narrative filmmaking.

But it was none other than “Exorcist” director William Friedkin who championed the transition from documentary to fiction in such an unflinching and uncharacteristically successful manner. According to this new video essay, “Friedkin is without a doubt, one of the most uncompromising directors of all time,” who has used his time and experiences making documentary films to demonstrate some of the most gripping and electrifying filmic narrative stories of the late 20th century. “The People vs. Paul Crump” was the non-fictional film that not only helped the subject challenge his conviction and overturn his death row sentence, it also served as the launching pad that Friedkin needed to begin his soon-to-be illustrious career.

From “French Connection” to “Killer Joe,” Friedkin has used his self-identified “induced documentary” style as a means of mimicking the visual motifs and temporality of documentary filmmaking. Using long takes, handheld camera work, and on-location shoots, the acclaimed director sets to incorporate many of the apparent conventions of documentary filmmaking to achieve the look and feel – and thus grittiness – of the cinema vérité that had been championed by his documentarian colleagues like the Maysles Brothers and D.A. Pennebaker.

This incessant need to capture reality and seamlessly assimilate it into the diegetic world of the film is what makes Friedkin flicks so tense, arousing and thought-provoking. This approach allowed Friedkin’s films to be more successful, which in turn influences his actors to genuinely demonstrate the humanistic and sincere qualities of their characters. On top of that, Friedkin rarely demands second takes, allowing his actors to become like documentary subjects, exposing the raw and instinctive emotions of the actor’s character, ones that cannot be recreated, or more importantly, recaptured.

By having started out in documentary filmmaking, the visionary director has set a precedent for himself in terms of aesthetic, character development and storytelling. This fundamental base of non-fiction has allowed the director to truly showcase the realistic nature of our moral compass: It is ambiguous, short-sighted and ever-changing. By flushing out these shortcomings, Friedkin has not only championed himself as being a humanistic, character-driven filmmaker, he’s also showcased his raw talent at invoking in us a sense of sordid realism that few of his colleagues were ever able to match.

Check out the video essay above to learn more about William Friedkin and his documentary induced style.

This Article is related to: News and tagged Documentary, William Friedkin, YouTube