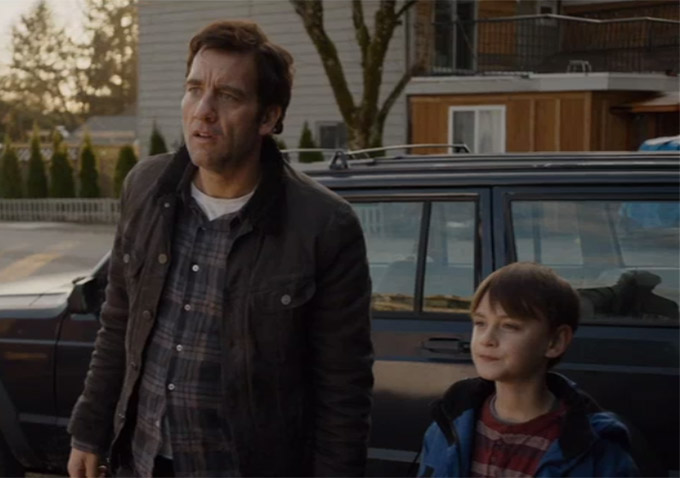 With his recent stellar turn on “The Knick,” it seems as if Clive Owen has found his niche and returned to his dramatic birthplace: Television. But after confirming that he would not return to the lauded television show, the Academy Award-nominated actor is ready to set his eyes back on the big screen, with his most recent project, “The Confirmation.”

Written and directed by Bob Nelson, the Oscar-nominated writer of the indie darling “Nebraska,” the directorial debut has much of the same themes that the runaway 2013 hit did: Family, forgiveness, patience, love and ennui.

Walt (Owen) is a listless and unsuccessful carpenter who can’t seem to find any financial or familial stability. Just as things seem to be as complicated as they possibly can be for Walt, the middle-aged man is forced to take care of his eight-year-old son (Jaeden Lieberher, soon to be seen in “Midnight Special”) while his mother (Maria Bello) and her new husband take a weekend getaway trip. But when Walt’s toolbox is stolen, he must take his son with him to go on an adventure that will not only give him back his purpose, but also bring him closer to his estranged son.

The film was picked up by Saban Films and is set to be released in select theaters and on demand on March 18. Catch Indiewire’s exclusive (and hilarious) clip above.

This Article is related to: News and tagged Bob Nelson, Clive Owen, Jaeden Lieberher, The Confirmation