With 'Underground,' WGN America Doesn't Just Have a Compelling Drama, It Might Have A Real Shot at the Emmys 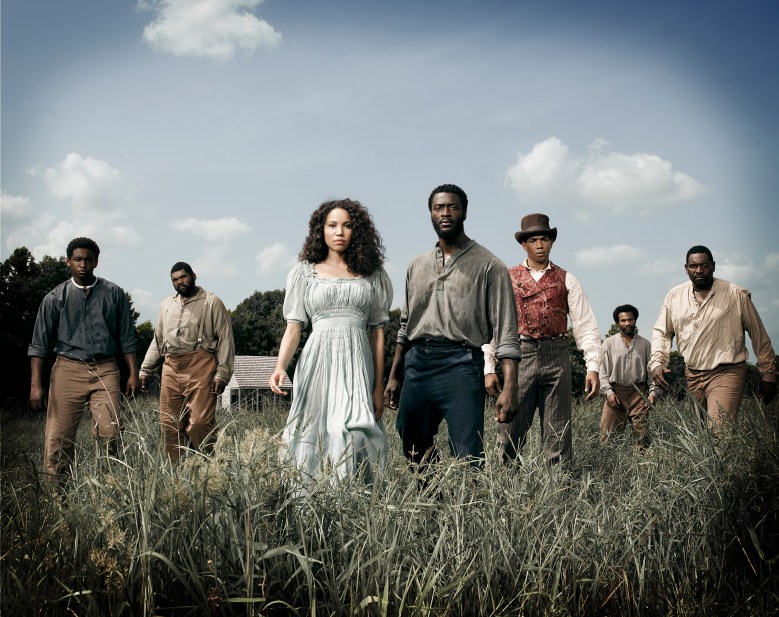 Say this for WGN America: It’s stayed committed to one cause over the past two years. That cause? Launch the kind of prestige drama that wins Emmys.

Maybe actually winning an Emmy isn’t an official goal, but since 2014 it’s been committed to a slate of shows featuring relatively high-profile talent and, more importantly, attention-grabbing premises. While its first solid hit was the horror-leaning “Salem,” following that came “Manhattan,” the beautifully produced dark period drama covering the development of the atom bomb in Los Alamos, New Mexico. That series, executive produced by Sam Shaw and Thomas Schlamme, was the type of programming that awards shows were meant to champion: smart, compelling and well-acted.

“Manhattan,” however, never really escaped the shadow of mid-century period dramas like “Mad Men” and “Masters of Sex,” which aired on better-known networks and featured more recognizable stars. (Okay, maybe Jon Hamm wasn’t a big name when “Mad Men” first launched in 2007, but that changed pretty damn fast.) While Season 1 did win an Emmy for its visually stunning title design, the show otherwise never broke through, and was canceled after the end of Season 2.

WGN America, though, hasn’t given up on the awards game, and its latest entry not only deserves to be a contender, it could just maybe manage it.

The network has legitimately put its support behind premises that feel truly fresh and unique in a very crowded landscape, and “Underground,” created by Misha Green and Joe Pokaski, is no exception. Tracking a group of slaves in the antebellum South as they plan their escape to freedom, “Underground” proves knotty with twists even as it digs into the brutal realities of life at that time.

“Underground” isn’t breaking new ground in telling the truth of what life was like during the slavery era, but what makes the series unique from films like “12 Years A Slave” is the way that the narrative borrows some of the tropes from classic heist tales. Noah (Aldis Hodge) and his fellow slaves have to get the map, come up with the plan and assemble the team. Like any great jailbreak story, there’s plenty of compelling drama in all these details.

During interviews Indiewire conducted during the TCA Winter Press tour earlier this year, the cast assembled was very clear about how special the experience felt for them. “I just couldn’t believe they could organically keep it up,” co-star Christopher Meloni said. “And they did. Organically, truthfully. I just was constantly surprised by the richness that the actors got to play and kind of the overarching drama in scenes that they would do.”

Beyond Meloni (a TV icon after the HBO series “Oz” and 272 episodes of “Law and Order: SVU”), most of the cast is relatively underseen. Hodge was a series regular on TNT cult favorite “Leverage” for five seasons, and house slave Jurnee Smollett-Bell proved capable of stealing scenes from Michael B. Jordan and Kyle “Coach” Chandler in Seasons 4 and 5 of “Friday Night Lights.” Reed Diamond, Mykelti Williamson and Marc Blucas have also worked steadily in film and television over the last several years.

But it’s the lack of major star power that makes the level of work happening on “Underground” exciting. There’s a genuine thrill in seeing actors get to showcase just how damn good they can be; most especially minority actors, who don’t often get roles this meaty. Alano Miller, who plays Cato, a slave with questionable loyalty, is best known from the CW’s “Jane the Virgin.” Then, he was undeniably entertaining as a classic soap opera villain (as well as his own identical twin). But this is a completely different turn for him, one that he’s very appreciative to have.

“I’m actually really honored that they trusted us, with these words and with this project, to give us the chance to flex those muscles,” he said to Indiewire. “A lot of artists don’t get a chance to do that. They’re stuck and they get trapped and it’s not their fault. It’s just what the industry does, it happens all the time and so for us to be able to break out of that, maybe more doors will open for us and for others.”

An asset to the actors were the Louisiana locations, which included actual plantations and preserved slave quarters from the pre-Civil War era. “It’s definitely a whole other thing, when you step into a plantation,” Smollett-Bell said. “You can feel the spirits in the soil. You can feel the trees. You can’t really describe it, really. You have to be there. It’s a whole other thing for you to see the scratch marks and the beams in the whipping shed. To see what they actually saw. It definitely adds a whole level of truth to you as an actor.”

“You know, it’s being a painter. You have a few more brushes to paint with,” Hodge added, “Because you don’t have to imagine any of it. You don’t have to conjure up those feelings. They’re automatically there. When you’re on a plantation where people actually worked, and you’re sitting around trees where people were actually hung from, it makes you think about things differently… When we shot there, we did so respectfully. All the actors were very, very aware that we were trying to respect the ground we were on.”

Amirah Vann, who plays head house slave Ernestine, described one moment on set that was particularly tough for her. “I had a hard day, I have to say… There was a moment where I distinctly remember pulling [Jurnee Smollett-Bell] aside. You know, sister to sister, I was just like, ‘I don’t wanna do this today. I’m not in the mood for this. Remind me why we’re doing this.'”

Smollett-Bell, Vann said, had an answer for her because both of them had with them copies of “Bullwhip Days: The Slaves Remember,” an oral history of slave narratives. “We sat in silence for a little bit and she just pointed to the [book]. It was just kind of brilliant. It was so simple. She just tapped the book and she brought me right back down to earth and out of myself, that the reason we’re doing this is not because I’m uncomfortable,” Vann said. “It’s not about me. It’s about telling stories. And that was a wonderfully real moment.”

While “Underground” deserves to be a contender, the problem, of course, is the very crowded landscape. A proper Emmys prognosticator will tell you that if Emmys voters choose to celebrate a tale of slavery, it’ll be A&E’s remake of “Roots,” which features a stellar cast and legit pedigree thanks to the legendary miniseries upon which it’s based.

But “Underground” is an ongoing series and thus won’t be competing in the same categories. And who doesn’t love rooting for an underdog? “Underground” features a commitment not just to diversity, but to telling a story so central to the African-American experience, with African-American leads. An Emmy nomination wouldn’t be affirmative action. It would be an acknowledgment of how this show has truly committed to telling the sort of story that’s so rarely been touched upon and tell it well.