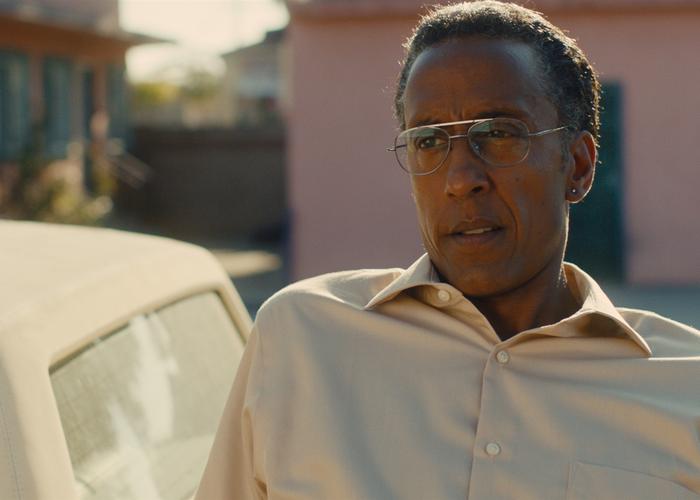 Eight years have passed since Andre Royo last played recovering heroin addict Bubbles on “The Wire,” a show that brought international acclaim to most of its cast. But even as the show remains a beloved cultural phenomenon, Royo himself hasn’t found nearly the same level of exposure. Though he remains a regular presence on the newly popular “Empire,” he has yet to carry his own project — until now.

In Josh Locy’s “Hunter Gatherer,” which premiered last month at the SXSW Film Festival, Royo gets centerstage as Ashley Douglas, a fortysomething man newly released from prison and trying to piece his life together. The quiet, textured comedy-drama finds Ashley crashing at his mother’s house while vainly attempting to reunite with his ex-girlfriend and eke out a living selling used refrigerators. Continually likable even as he keeps failing to find his place in society, Ashley provides Royo with a first-rate showcase of charming abilities, and unsurprisingly won the performer a best actor prize at SXSW.

Last week, he shared some insights with Indiewire about why it took him so long to nab a leading role and what excited him about this one.

“The Wire” is one of the best things ever done and it certainly changed me. But I wasn’t getting offers after “The Wire.” It was pretty much an East Coast show that ended in 2005 without that many people seeing it. Idris [Elba] and Dominic West had the normal leading man stature. They were big overseas and they had a certain weight to them as far as their size and energy. If you play a cop, there is a lot of work for you as cops. If you are the leader of a drug cartel, then you can lead an army or you can lead so and so. So that archetype is easy to insert places. And they’re fucking talented. But for a hapless defeated human tragedy like Bubbles, that doesn’t really go into a Disney film. That doesn’t go into a romcom. So nobody was like, “Let’s get Bubbles to play a Lieutenant.”

A friend of mine, Julia Kim is a casting director. She gave me the script for “Hunter Gatherer.” She was like, “Hey, Dre, I know you’re into different stuff and I know you want to look to carry a film, I got this script for you, you gotta read it.’ And I was like, “What’s it about? A man got out of jail, blah, blah, blah…I don’t know, sounds like the same old shit.” She said, “I’m telling you that it feels different.” So when I read it, there was something for the first two pages where I was like, “I know what this is about.” But by page five I was like, this shit feels weird.

As a person of color, as a black man, when our stories being told, it’s usually a little more violent. A lot of cursing, a lot of aggression that’s depicted in either shooting or drinking or drugs. It has a much more outward aggressive feel. This one had a smoldering something is wrong and he’s frustrated but it doesn’t come out in the norm. I loved Josh’s idea of taking out all the cursing. Not having the guns. Not having the normal stuff that I’ve been educated on in film and television my whole life as an actor of color.

When I met Josh, I realized I was sitting next to this white boy. I was like, “Wow, we would have never met in any other circumstance. We would never have had a conversation in any other circumstance…but the arts.” And that meant something to me. I was like, “Why do you want to tell the story?” And he was talking about working with David Gordon Green and his upbringing and how us being different just magnifies how we are the same. We talked like regular people. It didn’t feel like one of those fake meetings.

I wrote him an email and I never really read it out to anybody, but I’m gonna read it out to you, if you don’t mind: “Wow. A haunting depiction of want and need in human emotion — manipulation, desire and a selfishness that we battle in ourselves every day. I love the script and the challenge. It’s one of those films where people feel bad for laughing and hate the fact that they enjoy the film, but if it’s done right, it’s a film that will stay with you and you don’t know why. I love it.”

Josh really enjoyed my Bubbles portrayal on “The Wire,” but he was also scared, like any artist, that that was going to overshadow his own creation. He didn’t want anyone going “Oh, look, it’s Bubbles!” He wanted his shit defined. So we talked about it and I was like look, “No one is going to stop calling me Bubbles.” And I don’t want them to, because that was a really defining character in my career. It changed me as a human being and an artist. It gave me confidence and it gave me such a connection for what I bring to the table. But I try to find the humanity in every character. I try to make that the foreground to anything else and I don’t want that to ever go away.

When I heard I won the acting prize at SXSW, I was just kind of overwhelmed with appreciation and a little bit of awe. You’re always scared that maybe you’re a little crazy, maybe people aren’t gonna get it. Is the the audience gonna see what I saw on the page? Will people get certain nuances and the haunting surreal energy that I felt when I read the script?

Rarely in my career am I given an opportunity to carry a film. Yo, I want that challenge. Throw it on my shoulders, let’s do it. I think that I galvanize my team to work around me and I bring a certain energy to the rest of my castmates. What made “The Wire” really successful is that we all sat in a hotel room and decided that story comes first. No one cares about ego. No one cares about screen time. It’s about the city of Baltimore, it’s about the story. Let’s get it right and we held everyone accountable. That doesn’t happen throughout Hollywood filmmaking.

Check out an exclusive track from the score of “Hunter Gatherer” from composer Keegan Dewitt: