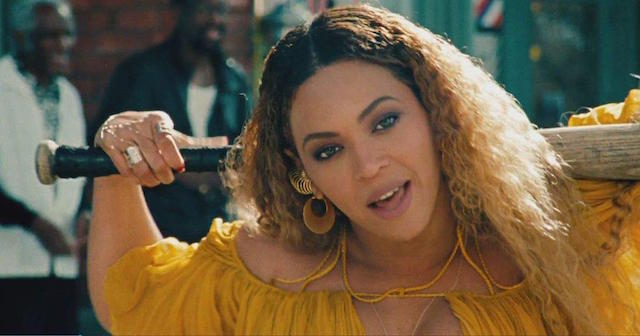 Beyoncé’s visual album “Lemonade” is still making headlines days after its Saturday night debut. While fans and the media continue to dissect every minute of the hour-long short, Nelson Carvajal created a video essay titled, “Film Fidelity: Beyonce’s Lemonade” where he explores the famous filmmakers that influenced the singer’s project.

The seven-minute video starts by naming various directors such as Terrence Malick, David Lynch, Pipilotti Rist, Cameron Jamie, Jonas Mekas and Terence Nance. It then has a full side-by-side comparison of Bey’s videos with the scenes from various films like, “Mulholland Drive” and “Twin Peaks” by Lynch and Malik’s “To The Wonder.”

Carvajal also demonstrates how the singer was influenced by Rist’s video art installation, “Ever Is Over All,” for her song “Hold Up” where she walks down the street with her hot sauce, AKA, her bat. The short dance film by Cameron Jamie, “Massage The History,” is also included in this piece to compare the dancing men to the video with her and Serena Williams. “Like Mekas” and “An Oversimplification Of Her Beauty” also form part of the project.

The directors that were a part of “Lemonade” include Jonas Åkerlund, Melina Matsoukas, Dikayl Rimmasch, Mark Romanek, Todd Tourso and Kahlil Joseph, who previously filmed B-roll for some of Malik’s films. Watch the comparisons in the video above to see how each film may have influenced the Grammy-winner’s project.

This Article is related to: News and tagged Beyoncé, Lemonade, NELSON CARVAJAL