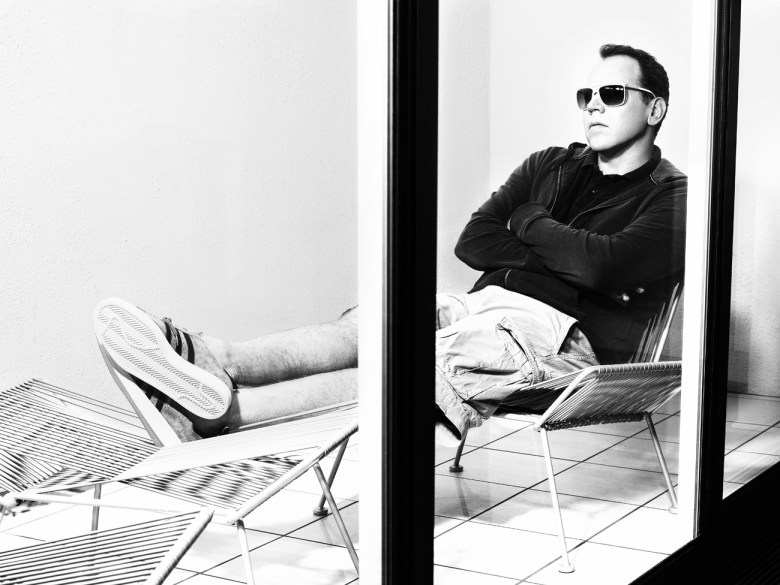 Fullscreen, a new on-demand streaming service launching tomorrow, has announced that it will be partnering with Bret Easton Ellis for his directorial debut. In “The Deleted,” three people with no apparent connection to one another disappear, setting off a wave of collective paranoia among a group of twentysomethings who all escaped from a cult years earlier. No release date for the series has been announced.

The new SVOD site, which targets audiences aged 13-30, is an ad-free subscription service ($4.99 per month) aimed at “social-first audiences expecting immersive and engaging entertainment.” As such, it will feature a sharable .gif creator and mood-based search engine (“feel all the feels”) in addition to its library of original and archival programming. Among the latter are “Buffy the Vampire Slayer,” “Saved by the Bell” and “Cruel Intentions.” Tomorrow’s launch will also feature a nationwide pizza party, because of course it will.

Though best known as the author of such novels as “Less Than Zero,” “American Psycho” and “The Rules of Attraction,” Ellis’ output has been increasingly cinematic of late. His podcast features in-depth discussions of films old and new as well as interviews with directors like James Gray (“The Immigrant”), Sean Baker (“Tangerine”) and Alex Ross Perry (“Listen Up Philip”). Too, he wrote the screenplay for “The Canyons,” a crowdfunded drama starring Lindsay Lohan that Paul Schrader directed.

For more, watch a clip from “The Canyons”:

This Article is related to: News and tagged Bret Easton Ellis, Fullscreen