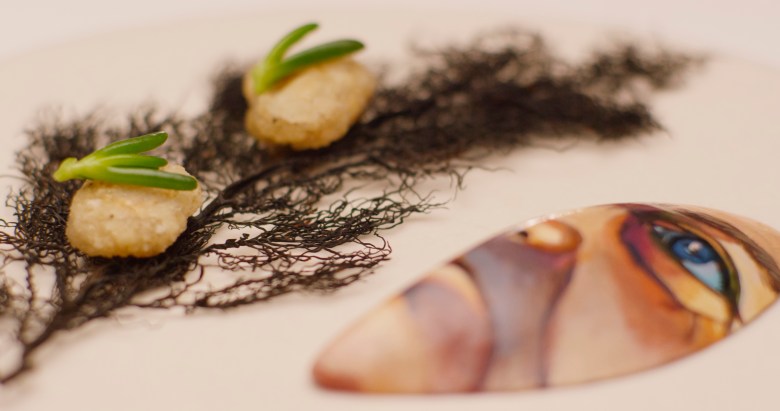 It’s been a good few years of TV for foodies, with a number of shows presuming to be on the same level as Gordon Ramsay’s endlessly entertaining “Hell’s Kitchen.” (Fight me IRL, “Chopped” fans.) Among the epicurean entertainments available for binge-watching (most likely accompanied by binge-eating, natch) is Netflix’s “Chef’s Table,” which today premiered the trailer for its second season. The show was created by David Gelb, who first came to attention for directing the renowned documentary “Jiro Dreams of Sushi.”

Set to Edvard Grieg’s “In the Hall of the Mountain King,” the new footage — which is captured by some genuinely beautiful cinematography — focuses on this season’s roster of chefs culled from around the globe: Alex Atala (Brazil), Ana Ros (Slovenia), Dominique Crenn (United States), Enrique Olvera (Mexico), Gagan Anand (Thailand) and Grant Achatz (United States). Their wide-ranging culinary creations are captured in close-up, with no detail or garnish spared.

One of the chefs mentions being told by doctors earlier in his life that he would never taste again; another jumps off a boat into the ocean and comes back with a dead fish for his efforts. “It’s not just about food,” one of them says via voiceover. “It’s not just about a restaurant. It’s about something more.”

Just as exciting for fans of the series, two more seasons have already been announced: a French installment coming later this year and another entry with no set release date. Season two of “Chef’s Table” comes to Netflix on May 27.

This Article is related to: News and tagged Chef's Table, Netflix