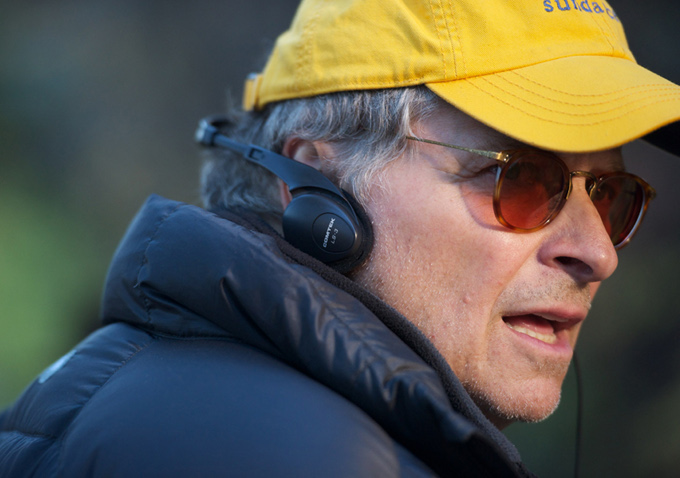 Lawrence Kasdan is a writer and director who’s changed the industry in ways we mere mortals can’t appreciate – if his only achievement was writing “Raiders of the Lost Ark,” he’d be a legend, but he also wrote “Star Wars: The Force Awakens,” “The Empire Strikes Back,” “The Bodyguard,” “The Big Chill,” “Grand Canyon” and more. Some of those, he also directed. Point is, he knows how to tell a story.

And he’s not snobby about where those stories might be told. At a Writers’ Guild Foundation event held this weekend, Kasdan participated in a candid conversation on the craft of writing for the screen with fellow screenwriters John August and Craig Mazin. And because it’s the year 2016, television came up.

Specifically, it came up when Kasdan was directly asked about his interest in the subject. “It’s very interesting to me – I have a great agent over here and he would like me to be successful in television – I don’t know if it’s possible. It’s so different. But it is where all the quality stuff is happening.”

The reason Kasdan is interested, though, is more than that. For one thing, he’s definitely conscious of the fact that the films he wrote in the ’80s and ’90s don’t really have a place in the current studio system. “The chances of making a really good intelligent adult movie – you can still do it, but the odds are a million to one… You can’t get your money back.”

Elaborating on that point, Kasdan noted that “Five years ago, you would have said it’s the end of the world, because studios are not interested in anything that’s not slam dunk branded. So they’re making a tiny number of movies with big movie stars and then there’s independent film, which is very much alive and thriving. But everything’s heading towards Netflix and Amazon and Apple. No one’s watching anything in a theater anymore.”

Meanwhile, “it’s great news for everyone here,” Kasdan said about the television revolution, because “there’s all this money to do very adult, very complicated stuff. Since ‘The Sopranos,’ it’s been a revolution.”

What shows does Kasdan cite as his favorites? Asked later by an audience member, the list won’t shock you…well, with maybe one or two exceptions. “There’s so much great TV now that it’s actually become kind of a burden, because everybody says ‘Have you seen this? Have you seen that?’ and you’re 10, 12, 30 episodes behind. It’s just endless,” he said. “It’s ‘The Wire’ and ‘The Sopranos’ and ‘Breaking Bad’ and now ‘Better Call Saul’ –  one of the weirdest, wonderful shows ever made – and ‘Silicon Valley.'”

Imagining Lawrence Kasdan cackling over one of American television’s most epic dick jokes is a visual for the ages. But the fact that a master storyteller has come to appreciate this medium’s gifts is also worth celebrating. “There are so many great [shows] you can’t watch them all, and you can’t say that about movies anymore,” he remarked.

The complaint is familiar – but the source is extraordinary.

Below, check out the “Silicon Valley” Season 3 trailer: