The lives of four siblings change after the sudden death of their father in the Hirokazu Kore-eda written, produced and directed film, “Our Little Sister.” The new trailer, released by Sony Pictures Classics, is making its U.S. debut after the film’s premiere at the Cannes Film Festival last year.

Adapted from the original graphic novel “Umimachi Diary” by Akimi Yoshida, “Our Little Sister” stars Karuka Ayase, Masami Nagasawa, Kaho and Suzu Hirose, and enlightens audiences with the story of three sisters, Sachi, Yoshino and Chika, whose father — who abandoned them about 15 years earlier — dies. The sisters, who have always been close, travel to the countryside to attend his funeral and meet their shy half-sister, Suzu. After quickly bonding and learning that she is now orphaned, they invite her to live with them in their large home in the seaside town of Kamakura.

“Our Little Sister” won Best Film at the 2016 Japan Academy Awards and shows the incredible bonds that lie within sisters and new friends. The heartwarming feature also released a new poster, where we can see the four siblings smiling and bonding as they light sparklers.

“Our Little Sister” opens in New York and Los Angeles on July 8th. 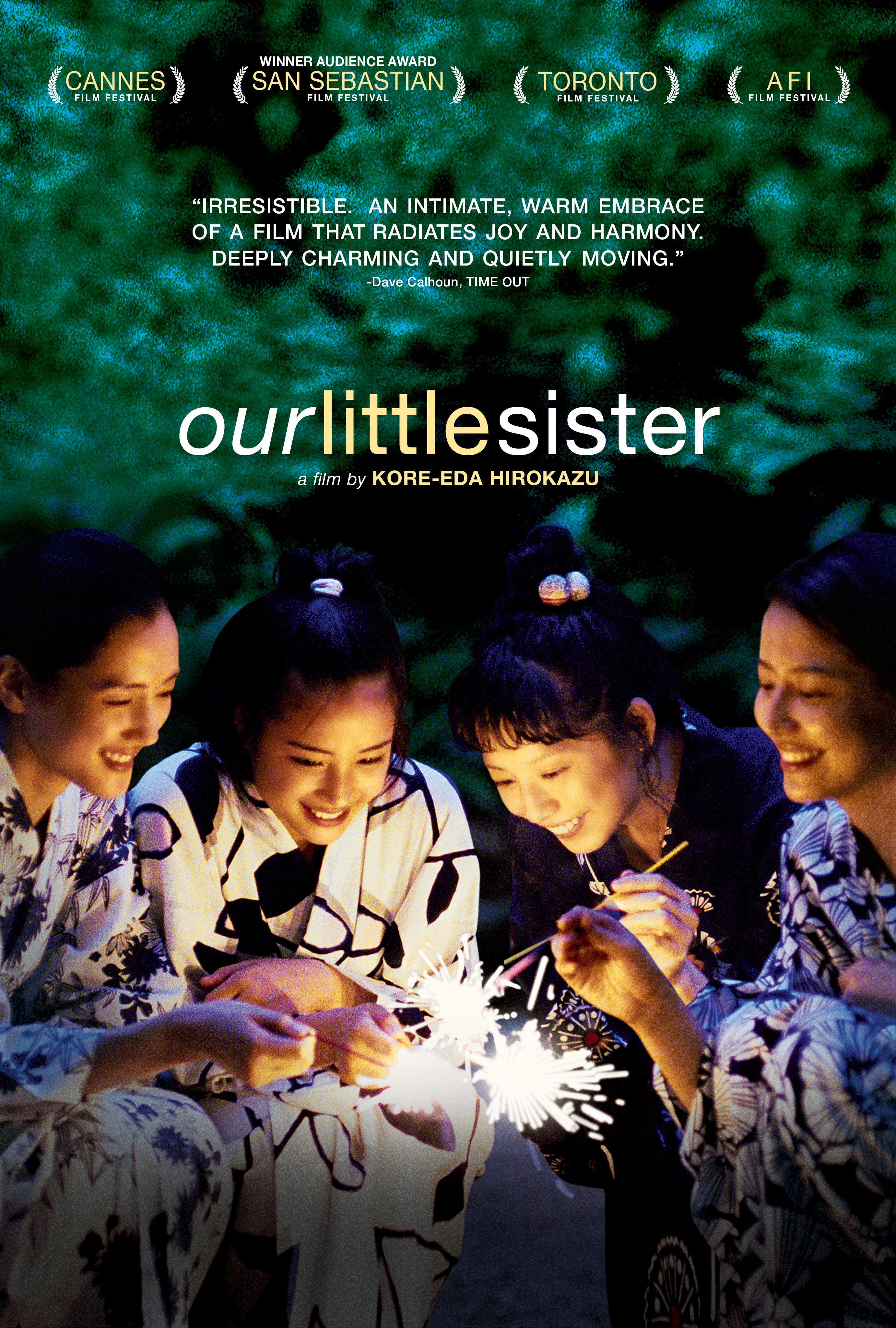 This Article is related to: News and tagged Hirokazu Kore-eda, Our Little Sister