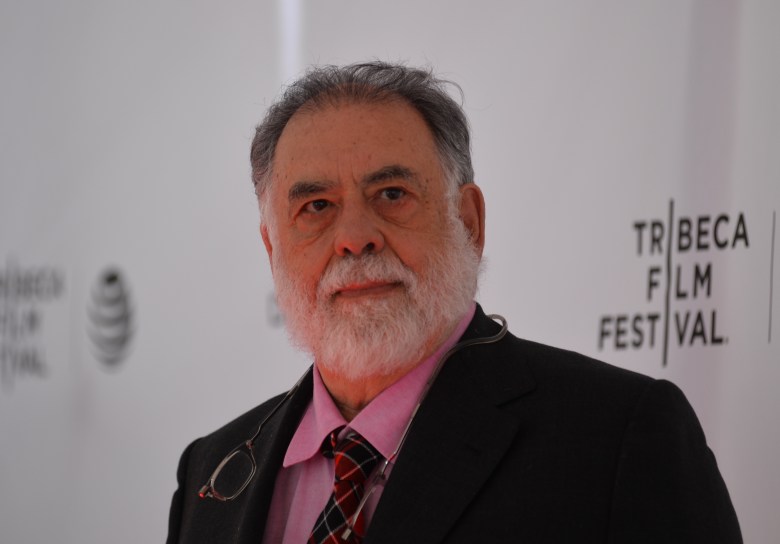 At the age of 77, Francis Ford Coppola is attempting what may be his most ambitious project yet. The director of “The Godfather” and “Apocalypse Now” told an audience at the Tribeca Film Festival Wednesday that his latest effort, called “Distant Vision,” is an experimental production that he expects to take at least five years to complete.

The story of a fictional Italian family spanning four generations, the project will take the form of something Coppola calls “live cinema,” a combination of live performance and traditional filmmaking.

“It’s related to one aspect of what I think will be the future of cinema,” Coppola said during a conversation moderated by author Jay McInerney, adding that the script is almost 500 pages. “Wouldn’t it be wonderful if we could perform cinema and do it live? That was sort of the holy grail I started to go after.”

The reason Coppola expects “Distant Vision” to take five years is that he hasn’t actually worked out all the technical logistics of how to produce and shoot a live performance that still has the visual appearance of a movie. His plan is to work out those details by experimenting with several shorter productions, which together will form his “proof of concept,” he said. The ultimate goal is to make something that doesn’t look like “The Young and the Restless,” he added.

While Coppola’s unconventional approach to “Distant Vision” may sound particularly challenging to pull off, he said that figuring things out on the fly has always been a part of his process, especially on films like “Apocalypse Now.”

“The truth is I had no idea how I was going to do what I was saying I was going to do,” he said. “If you don’t get too experiment and do outrageous things like that, how can you move forward?”

Though Coppola said live cinema doesn’t represent the entire future of filmmaking, he insisted that “there will be live productions that are cinematic and look like movies.” 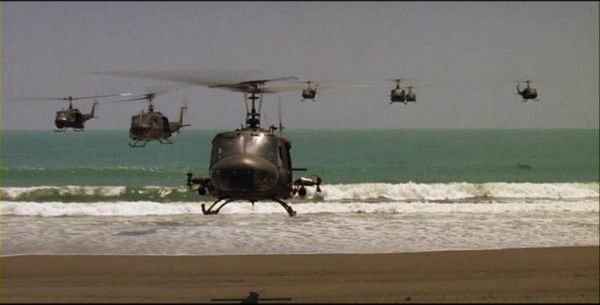 Speaking about the state of movies today, Coppola said that studio films have too much money, while talented independent filmmakers don’t have enough, a situation that also plagued him during the peak of his career.

“I was so depressed,” he said. “I had won five Oscars, and nobody would let me make ‘Apocalypse Now.'”

Though some realities of the movie business haven’t changed, Coppola said he sees the industry as a whole as experiencing a period of “great transition,” where film and television have merged completely.

“Those wonderful long television [shows], starting with ‘The Sopranos’ and ‘Breaking Bad,’ those are movies, so it’s all cinema,” he said. “There is no more television as such. There is cinema and it can be seen in the home [or] in the theater. It could be a minute or less or it could be 90 hours or more.”

The next major change he sees as imminent has to do with the kinds of companies that will ultimately control how films are seen.

“What I’m sure is going to happen is the so-called ownership—the establishment of the cinema which is now in the hands of cable companies and telephone companies—is going to shift,” he said, adding that Internet companies like Facebook will eventually look to control their own content.

“I don’t believe that the internet and social media companies can have their industry founded on social media…Those companies have so much money that ultimately I think they’re going to want content.”

Coppola’s vision of a shifting media landscape extends beyond just film, however. He also pointed to the massive transformation taking place in everything from journalism to music.

“All of our institutions seem to be changing right in front of our eyes,” he said. “Who would have imagined politics would become reality television?”

Watch the trailer for Tribeca entry “Hunt for the Wilderpeople” below.

This Article is related to: Film and tagged Tribeca 2016