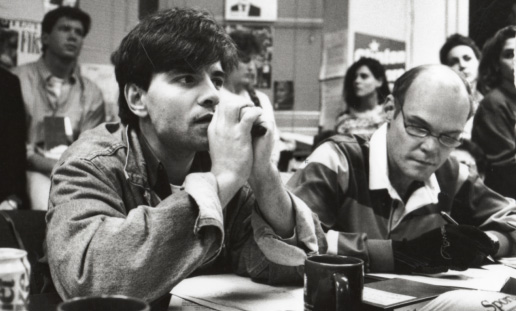 The 19th Full Frame Documentary Film Festival, held in Durham, North Carolina, starts today. The festival’s annual Thematic Program is designed to allow the fest to examine an ongoing issue by showcasing films from the past. With this being an election year, Full Frame invited veteran filmmaker R.J. Cutler to program a series of 13 documentaries, titled “Perfect and Otherwise: Documenting American Politics,” that examine how nonfiction filmmakers have captured the American electoral process.

Cutler is an expert on the subject, having been the ambitious producer who convinced George Stephanopoulos to allow a documentary crew to follow Governor Bill Clinton’s 1992 run for President around in “The War Room,” and directing “A Perfect Candidate” and “The World According to Dick Cheney.” Cutler recently did an extensive interview with Programming Director Sadie Tillery that is a must read for anybody who is interest in the history of documentary film, or American politics. As Cutler told Tillery, “There are many ways to view the films collected in ‘Perfect and Otherwise: Documenting American Politics,’ but those who choose to do so chronologically will experience a narrative of both American politics and documentary filmmaking over a 65-year span.”

The list of films is a reminder how many of our great nonfiction filmmakers have tackled capturing American elections and how many of the most important campaigns, dating back to John F. Kennedy, have granted them access. 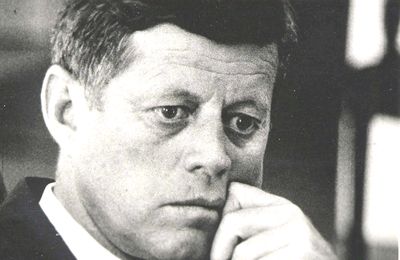 Cutler: “The story of this campaign is told using what was at the time breakthrough technology: a hand-held camera synced to a portable sound recorder so that filmmaker and subject are equally mobile. Moving from private places to public, the camera brings viewers inside the campaign as the candidates themselves are experiencing it and reveals the subjects in ways that had simply never been seen before.”

This in-depth look at the University of Alabama’s integration crisis chronicles key decisions from multiple perspectives, including those of Governor George Wallace and President John F. Kennedy.

Cutler: “As a showdown between the southern state governor and executive branch develops, Drew and his collaborators are given truly remarkable access. Building upon the relationships they developed with the Kennedys during the campaign, there is clearly a foundation of trust between subject and filmmakers, and down in Alabama, Wallace takes to the filmmaking process like a fish to water.” 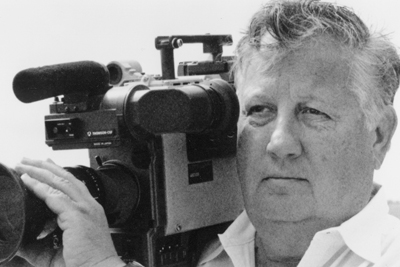 This brief (25 minute) portrait follows 28-year-old campaign manager John Grenier as he maps out strategies for Barry Goldwater’s 1964 presidential run and engineers a takeover of the Republican convention. (Short)

A narrative film set against real footage of the riots surrounding the 1968 Democratic National Convention, unpacks the moral obligations of bearing witness through the story of a news cameraman and his relationship with a single mother. The one of a kind hybrid film by the late, great DP Haskell Wexler. 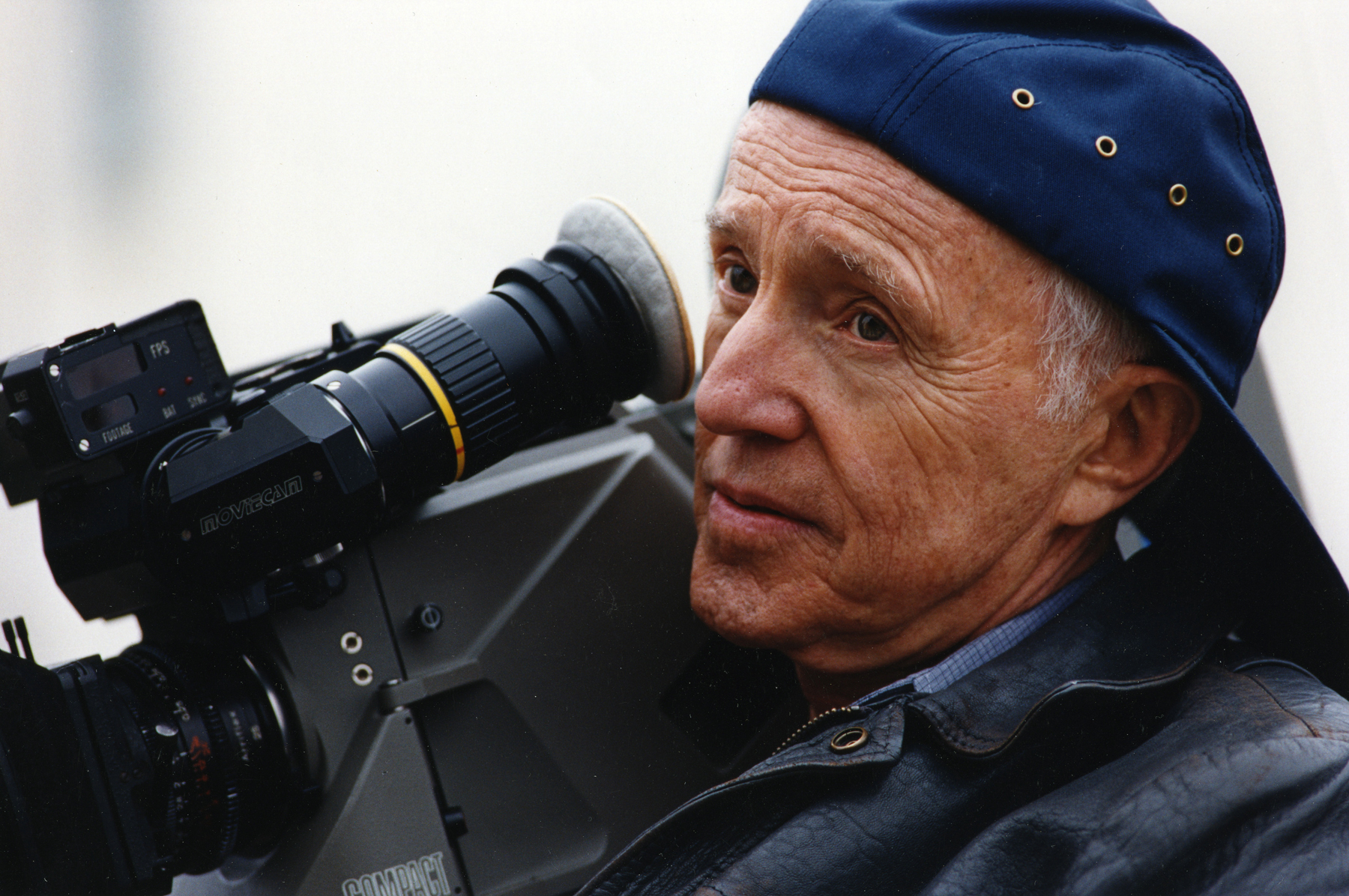 Using thousands of feet of newsreel, director Emile de Antonio looks back at Senator Eugene McCarthy’s failure to win the Democratic party’s nomination running on a platform of liberal, peace politics.
Cutler: “Does anyone recognize the narrative of the upstart outsider left-wing candidate who shocks the mainstream establishment by energizing the youth vote and achieving a near game-changing triumph in the New Hampshire primary? Of course we do — that’s The Bernie Sanders Story. Nope, it’s ‘America Is Hard to See’ and the candidate is Eugene McCarthy.”

Cutler: “It’s late afternoon on Election Day. The Secret Service is doing a security sweep of campaign headquarters in case the candidate decides to come by to celebrate and thank the staff later that night. As a result, the War Room has cleared out, and only James Carville and George Stephanopoulos have been allowed to remain inside. It has already become clear to both men that Bill Clinton is going to win in a landslide. In that very moment we see two men whose lives will never be the same again. Their subject becomes how to address the about-to-be-elected President.” 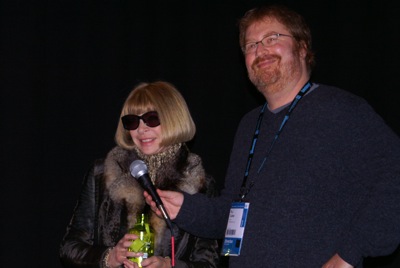 Campaign strategists, and an acutely aware journalist, take center stage in this document of the volatile 1994 Virginia senatorial race between Oliver North and Charles Robb.

Cutler: “[It’s] a film filled with people who are desperately crisscrossing the state of Virginia looking for something in which to place their faith. And that’s the motif that speaks loudest to me: the search for something to believe in.”

In his first race for public office, Rhode Island doctor Kevin Vigilante finds himself running a congressional campaign against 26-year-old Patrick Kennedy, Ted Kennedy’s youngest son. Vigilante’s 1994 race is against more than his opponent; he’s gone into battle against one of the most powerful families in American politics.

This episode of the comprehensive six-hour series “With God On Our Side” explores the rise of Jerry Falwell’s Moral Majority and its influence during Ronald Reagan’s presidency.

Cutler: “Again and again we see resonances with our own moment, as when the Republican base forges a partnership with a right-wing faction only to find the arrangement backfiring and causing many to wonder if they’ve created a monster they’ll be unable to control. Is it the Tea Party or even Donald Trump? Indeed not, it’s the Moral Majority, whose relationship with Ronald Reagan is chronicled [by] David Van Taylor.” 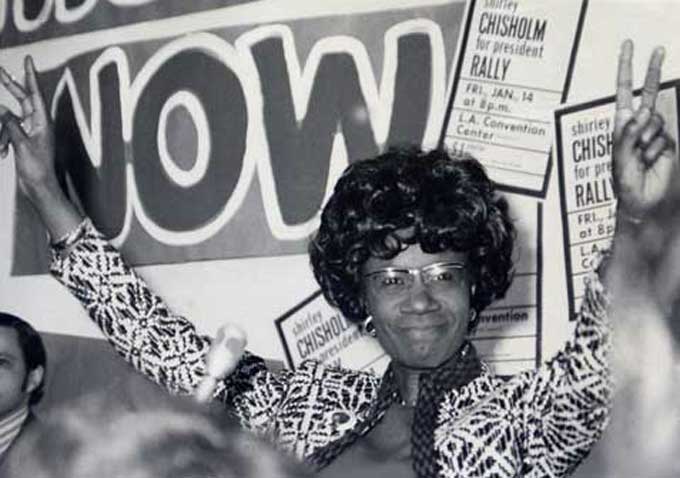 A powerful look at Shirley Chisholm’s pioneering, grassroots campaign for president considered through the recollections of many, including the candidate herself. 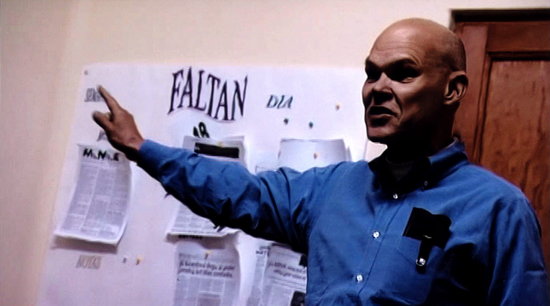 In 2012, eight unorthodox GOP candidates navigate the Iowa caucuses — an endless series of public events and uncomfortable questions — in hopes of securing their party’s nomination.

Cutler: “Early on, Schnack shows us a gigantic television screen, as if to announce that this film exists in the literal and metaphorical context of an overwhelming media presence.”

Check out the trailer for the fictionalized version of “Our Brand is Crisis” below: