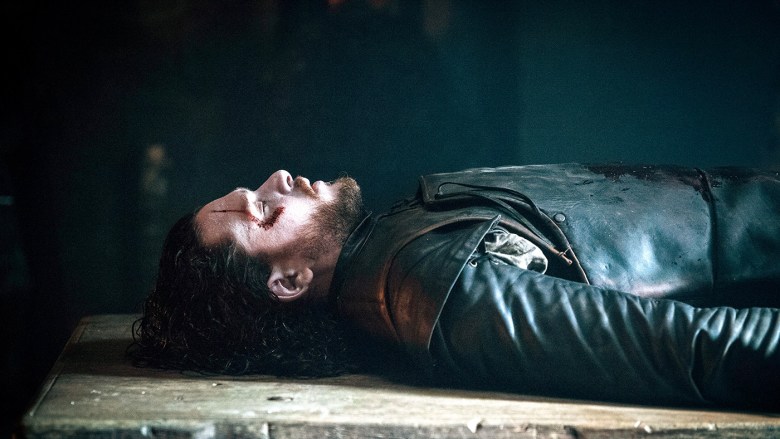 Sure, Jon Snow’s death (or “death,” depending on where you fall on the “Is he dead?” spectrum) on “Game of Thrones” spun fans into varying levels of horror, shock and awe when it landed last season, but what about the people who make the actual series? Turns out, they’re dealing with as many (if not more) emotions than the average “GOT” fan.

As the HBO series kicked off Season 6 last night, The Hollywood Reporter caught up with a number of the show’s cast and crew members to sound off on their feelings about the death of the Lord Commander. Their reactions ran the gamut, from the disbelief of Michael McElhatton (who plays the nefarious Roose Bolton on the series), who told the outlet, “I can’t believe they didn’t bring him back to life” to cold, hard reality, echoed by writers David Benioff and Dan Weiss, who told THR, “In traditional fantasy, when the forces of darkness are arrayed against the armies of light, everyone knows who’s going to win. And that’s one of the elements that bored us about traditional fantasy: the predictability of it.”

Other members of the “GOT” family were similarly excited about the possibilities that can now unfurl after the death of Snow, including Maisie Williams (who plays Arya Stark), who said, “It’s obviously the talk of the town right now, but I think people will learn to remember how we left all the other storylines, and how exciting those are as well.”

But, as with any death on “GOT” (especially one of such a beloved character), there is still fresh pain. John Bradley, who plays Samwell Tarly on the show, seems to be feeling the way of many fans. He told THR, “Jon’s always going off. He went off for Hardhome, for the raid at Craster’s Keep — and he always comes back. It’s an interesting point, that Jon and Sam have said au revoir before, but they’ve never said goodbye. This one felt like a goodbye.”

Cue howls of acute pain from Ghost. We feel ya, boy.

“Games of Thrones” is back on HBO for its sixth season, airing Sunday nights at 9PM.

This Article is related to: News and tagged Game of Thrones, HBO, Television