Great Moments on Hulu's 'The Path' That Taught Us About Faith 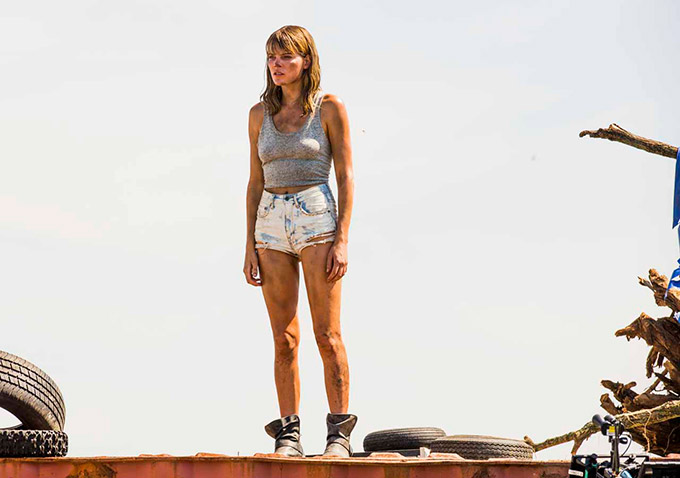 Editor’s Note: This post is presented in support of Hulu’s original series “The Path.” Watch new episodes on Wednesdays, streaming only on Hulu.

[Spoilers through Season 1, Episode 5, “The Hole” below.]

The Leap of Faith

In the beginning, as Mary Cox (Emma Greenwell) stumbles through the wreckage left behind by a freak tornado in Rindge, New Hampshire, the Meyerist Movement steps into the breach. Even though traditional institutions fail to aid the townspeople — FEMA is nowhere in sight, and the damaged sign for the Rindge “Church of Faith,” in the background of the first two shots, suggests it’s been reduced to rubble — Mary pauses before accepting help, unsure.

In “The Path,” faith is a negotiation. The Meyerists’ powers of persuasion are formidable and manipulative, targeting those weakened by trauma, but this unsavory approach still requires potential members to take the final leap. While we don’t see Mary clasp her savior’s outstretched hand, there’s little doubt in this moment that she decides to do so, and it’s the act of choosing (or the impression thereof) that strengthens the ties between the faith and the faithful.

The Act of Faith

That Mary, a sexual abuse survivor and recovering addict, is only displacing her problems onto Meyerism, rather than solving them, becomes clear in a potent, troubling scene from the second episode, “The Era of the Ladder.” Religions (and, for that matter, secular groups) often require proofs of commitment, acts of faith, and Mary’s is one of the most chilling in “The Path.” After telling Cal (Hugh Dancy), the leader of the movement’s East Coast branch, that she believes in him, as opposed to Meyerism itself, she performs oral sex in the space where he presides over Gathering.

That he allows it to happen is key to understanding “The Path,” which is clear-eyed about the fact that cult leaders are not minor deities but flawed, often unscrupulous humans, motivated by the power to compel others to perform acts of faith that are not in their own interest.

The Article of Faith 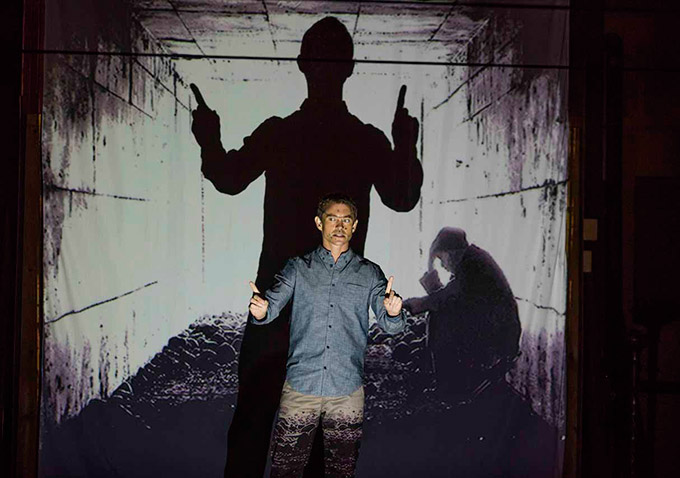 No movement is without an origin story, and Meyerism’s — as seen in the series’ striking treatment of the hippie-influenced “Ascension Day” celebration — demands the willing suspension of disbelief. Standing before the assembled congregants, Felicia (Adriane Lenox), one of Meyer’s original disciples, describes burning her hands trying to follow Meyer up The Ladder, making literal the faith’s central symbol. As with the doctrine of transubstantiation, The Ladder is not, for Meyerists, simply an idea, but a thing in the world: Felicia even turns out her scarred palms.

Of course, as “The Path” so forcefully depicts, this “evidence” of the ascension does not make The Ladder any less an article of faith. The gasps of the audience as Felicia displays her hands — though they’ve surely heard the tale many times before — suggest the power of stories to secure our acceptance of events that transcend the laws of the natural world to enter the realm of the supernatural. 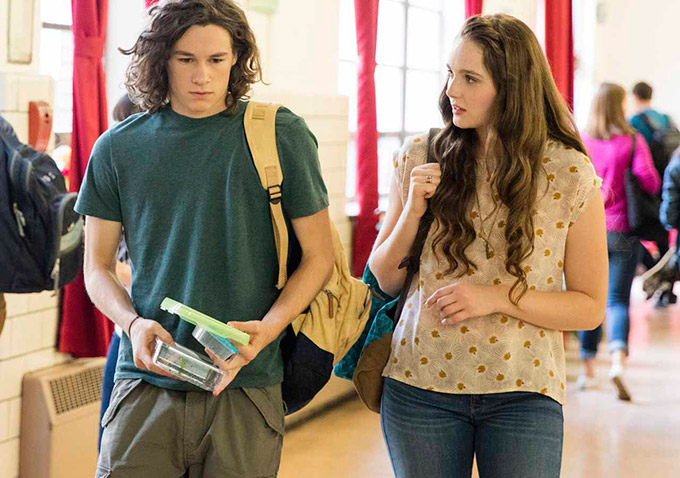 “The Path” is not closed off to the allure of leading a “normal” life, though, and one of its most effective subplots involves the blossoming romance between Hawk Lane (Kyle Allen), a 15-year-old Meyerist attending the local high school, and a classmate, Ashley Fields (Amy Forsyth), who isn’t a part of the movement. When Kyle’s mother, Sarah (Michelle Monaghan), discovers that he’s been seeing Ashley — which represents a major violation of Meyerism’s tenets — she shifts from anger, to hurt, to sorrow, culminating in a sequence from the fifth episode, “The Hole.”

Recognizing that the view from inside any faith tradition is shaped by fellowship and familial love as well as the belief system itself, “The Path” flashes back to Sarah’s attempts to assuage the pain of an earlier miscarriage, which she reveals to Kyle to explain why she reacted the way she did. “I lost you, but you came back,” she says. “I won’t lose you again.” With this, she convinces her son to keep the faith, if not for its own sake than for the bonds of kinship his departure from Meyerism would sever. 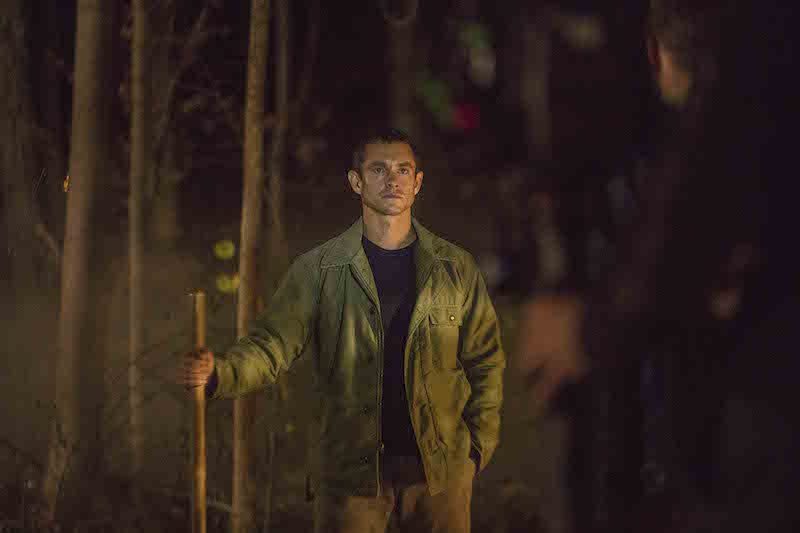 Even the most committed believers lapse, of course, and Cal’s confrontation with his alcoholic mother in “A Homecoming” makes clear that the relationship between faith and family cuts both ways. To cheat just a bit, Cal’s broken faith — not in Meyerism, but in himself and his hard-won, two-year sobriety — really comprises two moments. The first is a close-up of the cup, as his mother cajoles him to drink with her, the second the soused uproar he causes when she describes Meyer as a “quack,” and together they create a portrait of a man far more ambivalent than he lets on.

After all, Cal came to his faith by happenstance, remained with the Meyerists to escape his damaged parents, and sees his resolve tested by his return home in ways he could not foresee. In “The Path,” no one is above the desire for belonging — the conflict comes when membership in a family and membership in a faith are not one in the same.

This is the dilemma that plagues Eddie Lane (Aaron Paul), Sarah’s husband and Kyle’s father, as his own crisis of faith propels “The Path” forward. At each turn, his sense that Meyerism is founded on false principles bumps up against his unwillingness to break up his marriage or abandon his children to act on it. In a feat of editing as deft as the cut from the hand outstretched to Mary to the sight of the Meyerists’ vans disappearing into the forest, the series premiere elucidates this very point.

Tasked with describing how he came to Meyerism to the tornado survivors, he struggles so mightily to finish his tale of personal suffering — culminating in his brother’s suicide — that Cal must step in to help him. His eyes wet with tears as he peers out at the novices, we hear him say, in voiceover, “He now knew it was all lies.” Brilliantly, the scene cuts to him reading a children’s book version of “The Ladder” to his young daughter, emphasizing the fact that his faith hasn’t just been broken, but is on the verge of being lost. In this moment, one can see the tension at the heart of “The Path,” which is not only between belief and doubt, but also between learning the truth and finding the strength to tell it.

New episodes of “The Path” premiere Wednesdays on Hulu.