'Horace and Pete': Why Louis C.K. is 'Very, Very Sad' the Series is Ending 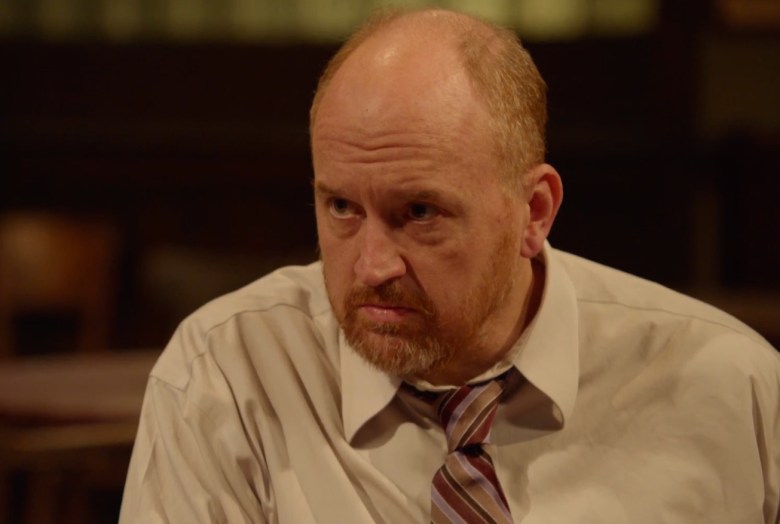 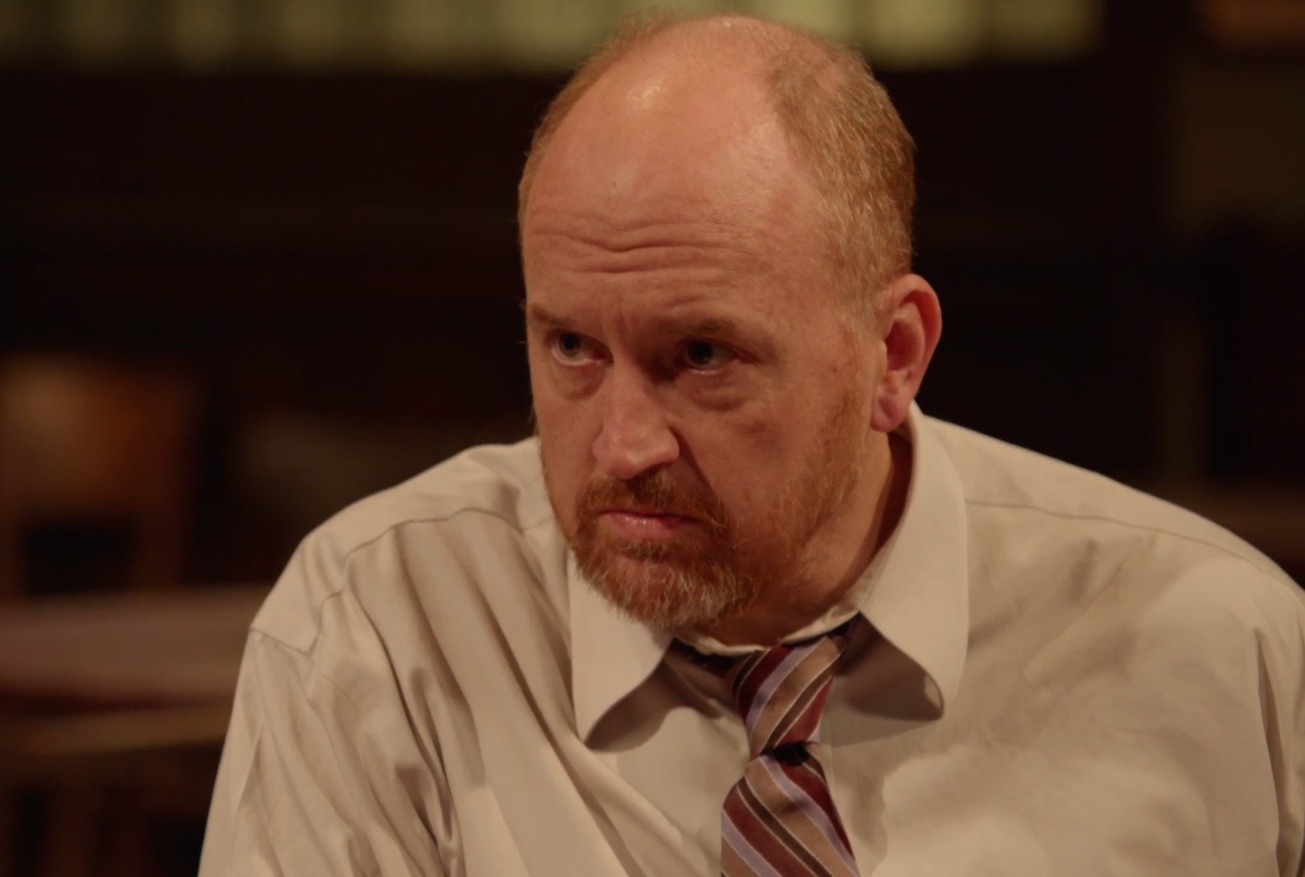 Louis C.K.’s web-series “Horace and Pete” will not be going forth with new episodes. The writer-director and star of the the show revealed in an email to fans on Saturday morning that the tenth and final episode of the show would be its last.

READ MORE: Review: With ‘Horace and Pete,’ Did Louis C.K. Con Us Into Paying For a Two-Act Play?

Co-starred by Steve Buscemi, the online drama was launched in January on LouisCK.net and had guest appearances by Jessica Lange, Edie Falco and Alan Alda. In the letter penned by C.K., the comedian stated that he was writing this for “two reasons”: to let fans know that they can purchase the full season for $31 and to express his sadness over the termination of the project.

“I wanted to say it is a singular experience to have done this show and a very very sad thing to be done doing it. I loved telling that/those story(ies),” expressed the comedian. “I loved working in that (fake) bar with that crew for those ten weeks. It was a wicked high privilege to act with those actors.”

Adding, “ I am grateful to all of you that took this trip with me the way that you did, not knowing what you were getting, how much you were getting or how it would all feel. I was right there with you. I didn’t know how any of this would go or feel.”

Last week C.K. told Howard Stern that he lost “millions of dollars” over the series saying, “I got so excited about having the show appear from nothing…When I got to episode four, I was like, ‘Hey gang, I don’t have any money.’”

You can read his lengthy email below:

Reason one is to tell you that you can now buy the entire season of Horace and Pete with one payment of 31 dollars. This feature also includes “complete my season” so if you have bought some episodes already just log into the site and click the complete season button and you can fill out the rest of the episodes. You can also gift the whole season to someone you think needs to see it.

Go here to buy the complete season of Horace and Pete.

I know that people have wanted to buy the whole season at one time since we started the show. But you see we made the show one episode at a time on a weekly basis as it aired so if I had let you pay ahead of time, and then something happened that would have prevented me from making the whole season, I would have owed a dizzying amount of people a small amount of money each.

Now that I have finished the season, we can offer it to you this way. We don’t offer a discount for buying all episodes, because that isn’t fair to those who bought them one at a time, with no other option at the time.

And I also don’t want to penalize people who want to sample one show or more first. It’s just simpler to charge the same either way.

So go here and buy the complete season of Horace and Pete.

The second reason is that I wanted to say it is a singular experience to have done this show and a very very sad thing to be done doing it. I loved telling that/those story(ies). I loved working in that (fake) bar with that crew for those ten weeks. It was a wicked high privilege to act with those actors. I mean holy shit. Those actors. Steve Buscemi, Edie Falco, Alan Alda, Jessica Lange, Aidy Bryant, Laurie Metcalf, Maria Dizzia, my good friends Steven Wright and Nick DiPaolo. Watching the budding talent of new kids like Kurt Metzger. Fly-by encounters with greats like George Wallace, Burt Young, Colin Quinn, Rick Shapiro, Tom Noonan, Reg E. Cathey, Craig muMs Grant. Sitting across from home run hitters like Karen Pittman, Nina Arianda, Amy Sedaris, while all I had to do was twirl my finger in the air like an umpire watching it go over the fence.

And the pleasure and satisfaction of working again with my constant partners for so many years. Blair Breard, who produces the show and everything else that I do. Paul Koestner, the great eye (Director of photography) who gave the show such a lovely and original look. Amy Silver, the production designer, who made Horace and Pete’s real. I don’t know how she did it. I believed every day that that bar was real and had stood in that spot for 100 years.

And the new experience of learning to trust an editor. Gina Samson has been my assistant editor for 5 seasons of Louie. On Horace and Pete I let her take over and show me a new way to look at the things I make and boy did it pay off.

Vernon Chatman, Dino Stamatopolous and Annie Baker, all world-class writers, were there to help me see what was going on as I did my stupid acting.

The camera operators, who were your eyes on a basically live show. They were Todd, Ricardo Nico and Ruben.

Those are the names at my disposal at this moment and the rest will hate me but thanks to Everyone in the booth. The carpenters, the gaffers. John and Wyatt on sound. Chris the on set art guy. The directorial department.  Giles and Caspar who made the website easy and cool to use.  This was a dedicated crew who really cared about the show being as good as we could make it.

To have had the opportunity to work with Paul Simon and have the tone literally set by his voice, his melody, his words. I hope that I earned that one.

And it was great to share this with all of you in this unique and intimate way. I don’t usually read the emails that I get on my website but I read a lot of yours. Because this show was for you and a lot of you were passionate in what you wrote back about it.

I chose to do the show this way, knowing that it would be a quiet and strange experiment and that only a few of us would take part in this stage of it, that has just ended. The creating, unfolding and watching of the show, one episode at a time, from nothing. I am grateful to all of you that took this trip with me the way that you did, not knowing what you were getting, how much you were getting or how it would all feel. I was right there with you. I didn’t know how any of this would go or feel.

I’m grateful to the TV critics that got out in front and wrote so thoughtfully about the show and the experience. I enjoyed reading it.   After we shot the last episode, the cast crew and I put real beer on the taps at Horace and Pete’s and we had a drink and we talked.  I don’t think we’ll ever experience anything like that show again.  I miss all of them.

So now the show is finished. It’s complete. Now I’ll go and tell the world about it, and ask them to come see what we made.

I’m excited because I’ve been dying to talk about it. It was so fun and so goddam weird, what I just went through. And it continues to be so. Sorry ahead of time for how annoying it will be to see me and hear me yammering about this show and promoting it, flying in the face of the whole idea of watching a show from nothing and seeing where it goes. But I want folks to see this show.

Thank you again to those of you who watched with us as we made it. To those of you who haven’t, I can tell you, now that it’s done, it’s a fucking good show. It really is. You can go and google it and read many terrific reviews.

Yes that was me bragging about the reviews.

And you can watch a few stolen clips on youtube. But if you really want to experience this show the way we all have, just start watching it. Take a chance with a few bucks and give it a shot.  Buy an episode and see. Or

Take your time watching it. Give it time. It doesn’t really follow any rhythms that you’re used to. So watch that one and wait a week and think about it. Then watch another one.

And once again thank you to the folks who already watched.

Take care. Be well. See you around.

This Article is related to: Television and tagged Horace and Pete, Louis C.K., Steve Buscemi