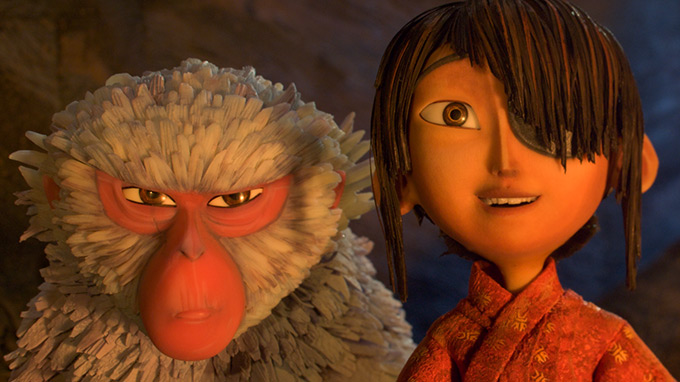 How would you react if you were to wake up in a snowstorm and be told by a talking monkey that your village has burned to the ground and your enemies are nearby? Such is the problem faced by young Kubo in the new trailer for “Kubo and the Two Strings,” an animated adventure directed by Travis Knight. Knight is also the CEO and president of Laika, the stop-motion studio producing the film. Watch its new trailer above.

Charlize Theron voices the talking monkey in question, while relative newcomer Art Parkinson plays the title character. After allowing him to ask three questions, Monkey leads her charge on a journey to find the armor that once belonged to the boy’s father — the only thing that can protect Kubo against those who would do him harm.

The voice cast is rounded out by Rooney Mara (as the Sisters), Matthew McConaughey (Beetle), Ralph Fiennes (Raiden the Moon King) and George Takei (Hosato). Focus Features will release “Kubo and the Two Strings” in theaters on August 19.

This Article is related to: News and tagged Charlize Theron, Kubo And The Two Strings, Laika, Travis Knight