'Mother's Day' Review: Julia Roberts and Jennifer Aniston Star in One of The Worst Ensemble Comedies Ever Made 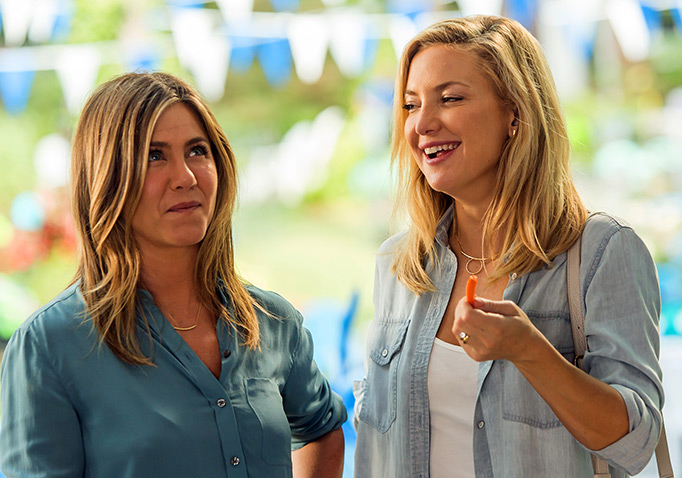 After the double whammy of “Valentine’s Day” and “New Year’s Eve,” audiences across the country were all asking the same question: “What can we do to prevent Garry Marshall from making another one of these things?” The answer, it turns out, was “nothing.” We are but simple peons, powerless to stop the completion of the “Pretty Woman” director’s holiday-themed trilogy of terror. Lifeless, ugly, and vaguely evil in its gross attempt to offer something for everyone, “Mother’s Day” doesn’t feel like a movie so much as it does a cinematic adaptation of Walmart.

“Ahh, Mother’s Day” sighs the opening narration, as if the film itself is resigned to the pain it’s about to cause. Set in an alternate-reality Atlanta where there’s only one black person (and she’s pretty much just part of the chorus), Marshall’s latest has all the makings of a dystopian horror movie. Unlike in the previous films, the action here isn’t restricted to the titular holiday — the story begins nearly a week before the BIG DAY and everybody is so anxiously preoccupied with the festivities that it’s hard to tell if they’re preparing for Mother’s Day or the Purge.

You know the drill: An enormous collection of dull characters, most of whom know each other through tenuous friendships or casual encounters, find love and acceptance in the shadow of a holiday that brings people together. For better or worse, “Mother’s Day” is a more narrowly focused film than its predecessors. Instead of splitting up two hours of screen time between 812 different story lines, this one divvies up the brunt of its duration between four major characters and sprinkles the rest of its ensemble cast on top whenever it needs some sugar.

It might stand to reason that reserving more attention for each character would allow for greater depth and nuance, but nothing in this movie adheres to reason. On the contrary, the less fragmented structure just gives us more time to wallow in the remarkable shallowness of each absurdly facile plot, and wander way too far ahead of where they’re going. These are not characters that can sustain 20 minutes of screen-time — these  are characters that can barely sustain their quadrant of the poster.

Jennifer Aniston plays Sandy, a Jennifer Aniston type who’s a happily divorced (and deeply delusional) mother of two. When her roguish ex-husband Henry (Timothy Olyphant) tells her that he wants to talk to her about something important, Sandy assumes that he must want to get back together. Silly Sandy. The opening credits have barely finished, girl — he’s obviously just going to tell you about his jailbait new wife (“Pretty Little Liars” alum Shay Mitchell).

Meanwhile, in another pocket of suburbia, Jesse (Kate Hudson) hasn’t spoken to her hyper-conservative mother (Margo Martindale) in years because she’s afraid to tell her that she married an Indian guy (Aasif Mandvi). Other than “wanting to go Indian,” Jesse’s other characteristics include doing yoga on her lawn and wearing unbuttoned striped shirts. Actually, that’s all of her characteristics — she has two, and that’s both of them. She does, however, have a sister named Gabi (Sarah Chalke), a recently married lesbian who’s scared to come out to her mother for the same reasons that Jesse has stopped talking to her altogether.

Downtown, Miranda (Julia Roberts) is a hyper-successful Joy Mangano type who’s hocking her chintzy jewelry on the local equivalent of QVC. Roberts’ performance has a real “We all know that I owe Garry Marshall my star-making role” quality to it. 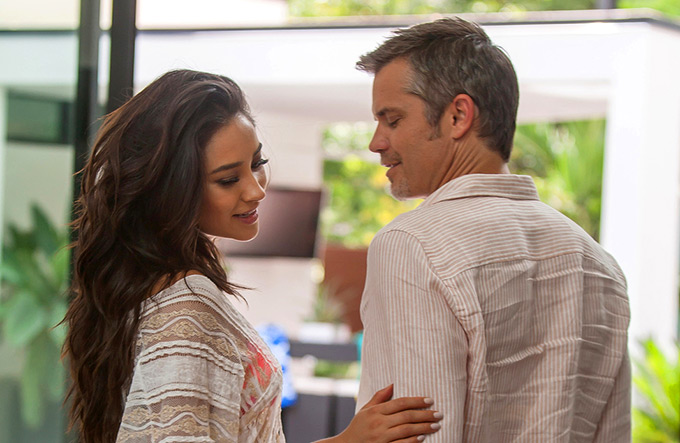 Bradley (Jason Sudeikis) is the last of the major characters. The bearded father of two young girls, Bradley is staring down his family’s first Mother’s Day since his military wife (Jennifer Garner) was killed in action. He’s not quite ready to start dating again, but after meeting Sandy in a supermarket checkout line and having an awkwardly hostile conversation about tampons, it’s pretty clear that they’re destined to be together forever. And even though “Mother’s Day” goes relatively light on the subplots, one essential thread gets snagged in the awkward limbo between lead and supporting stories. It’s a doozy: Kristin (“Tomorrowland” star Britt Robertson) is a bartender who’s skittish about marrying her co-worker and baby daddy boyfriend, Zack (Jack Whitehall). He’s a standup comedian whose material could be generously described as less amusing than most hate crimes. Of course, that’s not why Kristin has cold feet — the actual reason is far less rational.

If you think that all of these stories won’t all somehow come to a head on the second Sunday in May, then you haven’t been paying attention — Judgment Day is nigh. How they each arrive at that final destination makes for a very special journey, as the plotting here is at once both agonizingly predictable and profoundly demented, a rare combination that results from the unique chemistry between the film’s four credited writers (only one of whom — “Monster-in-Law” scribe Anya Kochoff, has ever had their name on another produced script). There isn’t a single line in this movie that sounds as if it was written by a human, but far too few flow with the inbred poetry of “The Room” or “Birdemic” (the dialogue cleaves closer to the “Navajo English” of Godard’s “Film Socialisme”). The movie’s most natural reaction shot belongs to a llama.

In fairness, however, the handful of moments that do transcend into howlingly bad territory are all-timers, topped off by a scene in which Sandy vents  to one of the clowns she’s hired for her son’s birthday party. “Mother’s Day” is the rare comedy in which the funniest moments are all unintentional, and hearing Jennifer Aniston sincerely compare a clown’s bottomless hanky to “the bottomless love of a mother for her child” results in the kind of laughter that can’t be engineered.

Several members of the cast seem to recognize that they’re in a hurricane of garbage, but Margo Martindale and Robert Pine — playing Jesse and Gabi’s redneck parents — are the only actors who are interested in having fun with that fact. Trump supporters in everything but name, these yokels have driven their RV straight out of the first draft of an Alexander Payne screenplay, and Pine plays his role with all the subtlety of a Republican primary debate. By the time the movie ends with Earl behind the wheel of an out-of-control RV as it’s being chased by a massive papier mâché vagina, the allusions to this year’s Republican primaries almost make themselves.

The movie has absolutely nothing to say about the challenges or rewards of being, having, or missing a mother. Marshall is 81, and by all accounts a very nice man. If nothing else, it’s clear that everyone on the set of “Mother’s Day” was enjoying their time working with him — for proof, look no further than hilarious bloopers, in which Jennifer Aniston is seen ruining a take by accidentally referring to Julia Roberts’ character as “Julia!” Julia! But that’s her real name! What a gas. “Ahhh, Mother’s Day.”