On Criticism and Sustainability 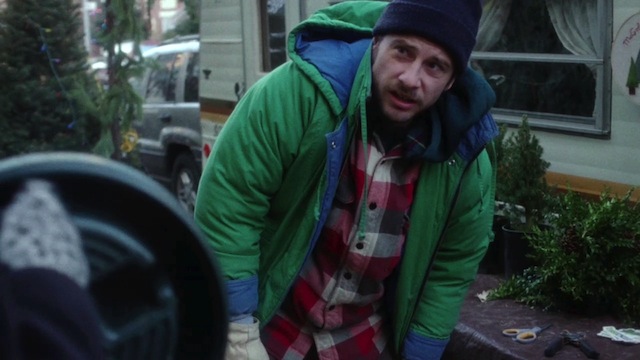 In an article called “Our Dated Model of Theatrical Release Is Hurting Independent Cinema,” the New Yorker’s Richard Brody took aim at what he characterized as “a system of tacit complicity between critics and the industry that poses obstacles to the recognition of independent films.” Critics — and, more to the point, the publications that employ them — gravitate towards studio-backed wide releases and the small handful of indies with a sufficient combination of festival buzz and reflected star wattage to attract a mainstream audience’s interest, many of which don’t fit the classic definition of “independent film” at all. Even as the number of films completed and (at least nominally) released has skyrocketed, publications at every level of the industry have trimmed their coverage: Last year, the New York Times abandoned its policy of reviewing every movie that opened in New York, after the total began creeping towards four digits. Even the New Yorker has cut back: David Denby moved from film critic to staff writer in 2014, and his position was not filled.

The result, of course, is that an awful lot of movies get left out in the cold, especially those that opt to forego traditional patterns of release. As Factory 25’s Matt Grady laid out in a detailed post for the Sundance Institute, the economics of theatrical distribution can be ruinous, especially for a small movie with no marketable stars. Charles Poekel’s “Christmas, Again” grossed a grand total of $3,800 from theatrical release, with expenses including $5,000 for four-walling (renting) a theater in Los Angeles, a city where small films often have trouble getting a toehold. That’s as compared to an estimated $16,200 from digital release, including sales to Netflix and Fandor.

“Christmas, Again” has a 100% Fresh rating on Rotten Tomatoes, a Metacritic score of 79 (“generally favorable reviews”), and a B+ average on the Criticwire network; of the 20 reviews contributing to those totals, only one, from Independent Magazine’s Kurt Brokaw, is negative. That’s about as uniform a chorus of praise as you’ll find, and yet Grady’s numbers still show a net loss of nearly $5,000. (He expects that as revenue comes in from other platforms, the film will end up in the black.) And that’s not even counting the money, or the accumulated blood, sweat, and tears, it took to make the movie.

Now, let’s look at the economics of the reviews themselves. I’ve only written for a few of the outlets that ran reviews of “Christmas, Again,” but based on personal experience and discussions with colleagues, I’d say in cases where the review was assigned to a freelance writer — at least half of the 16 who make up Rotten Tomatoes’ “100% fresh” consensus — most of them paid between $50 and $150. One or two may have paid more; some undoubtedly paid less. (It’s harder to calculate the cost of a review filed by a staff critic, but as referenced above, there are fewer and fewer of those.) Even for an experienced critic who’s used to turning out copy on a tight deadline, that’s a bare minimum of two hours’ labor, including “Christmas, Again’s” 78-minute running time but not the time it takes to get to and from the movie theater, let alone of attending Sundance, where many critics saw the movie; pay them any less, and most critics would have to start looking for other jobs, if they don’t have them already. And even then, I would be surprised if the publications who ran those reviews turned a profit on them, which is to say they gained more in advertising revenue by running them than they paid to have them written. (Here again, I’m leaving out the cost of editors, where applicable, printing and web hosting, and so on.)

There are a handful of outlets whose reputation for completism or cultural savvy makes running a review of “Christmas, Again” a smart, or at least defensible, play: trade publications like Variety and the Hollywood Reporter (and Indiewire), cultural arbiters like the New York Times and, yes, the New Yorker. A review of an obscure but noteworthy film bolsters their reputations as places where you’ll read about things you’ve never heard of but should have; it burnishes their brand. (I know: Ugh.) For everyone else, it’s a constant, sometimes brutal calculation: How much of the stuff we have to run does it take to support the stuff we really want to run?

“Critics,” Brody suggests, “can no longer keep their heads down and look at a fixed and stable list of releases; they have to do some research and some extra viewing to determine what constitutes, in their eyes, the day’s notable releases. This practice would shift power away from industry executives in determining what’s reviewed. Critics themselves would gain both the power and the responsibility; rather than responding to a preëxisting cultural agenda, critics would be setting it.” I agree with the first part, although given that Brody uses the word “critics” three times as often as he does “editors,” I’d argue he’s got the proportions of blame backwards. But the second part only works if you assume that critics will be read as widely when they write about no-name indies as when they take on the latest comic-book blockbuster, and there’s reams of evidence to suggest the reverse is true. An editor at one of the country’s major dailies told me that in the print days, they always assumed that certain kinds of coverage weren’t widely read, but they were important to the paper’s image of itself. The difference, they said, is that now we know, to the click, how few people read those articles. It’s one thing to sacrifice theoretical readers, quite another when your daily analytics report tells you precisely how many you’ve lost.

Over the past four years, Criticwire has chronicled the failure — financial, not artistic — of too many publications that tried to take the high, or even the middle, road and couldn’t maintain an audience sufficient to their needs. For criticism to flourish, it needs to be sustainable, and that means rethinking not just what critics write about (and editors assign) but how they write about it, not just lifting their heads above the release calendar to the list of lower-profile releases, but looking beyond both to the culture at large, sometimes joining the conversation where it is instead of changing the subject. I’m all for critics having more power, but writers only have power if they’re read.