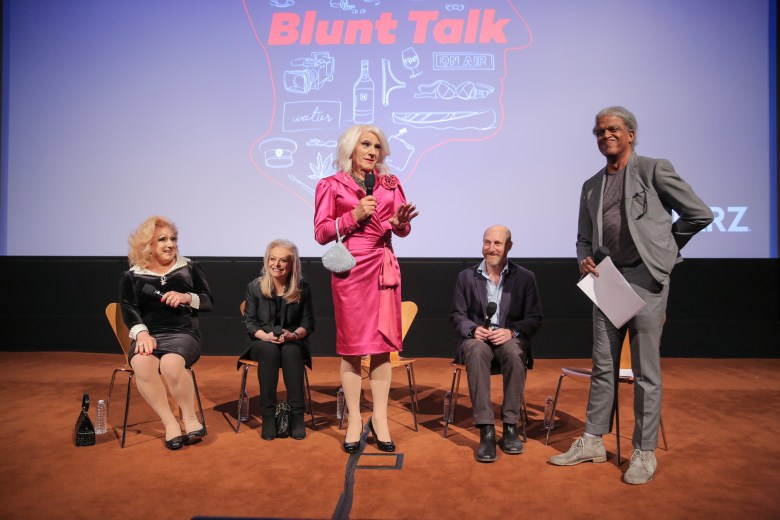 Sir Patrick Stewart has seemingly done it all in his career: theater, television, film, knighthood, a two-second voice cameo on this season of “Unbreakable Kimmy Schmidt.” His current role on the Starz series “Blunt Talk” led to a first last night during a For Your Consideration event held in advance of the Emmys, however: dressing in drag. During the event, everyone’s favorite “Star Trek” captain (sorry, William Shatner) defied conventional wisdom by saying that one of the best things about filming fellow panelist and showrunner Jonathan Ames’ sitcom was the number of times he’s been able to say “I’ve never done that before.”

His drag getup was the latest example, but it was preceded by several others: snorting cocaine for a scene, shooting a post-coital reaction. A fan shouted that Stewart resembled Cate Blanchett; Professor X politely disagreed, going so far as to apologize to the two-time Oscar winner.

The panel event, which took place at the Academy’s Linwood Dunn Theater, also featured Jacki Weaver and Adrian Scarborough discussing season one of the Starz sitcom with KCRW’s Elvis Mitchell. “Blunt Talk” stars Stewart as a British newscaster who moves to L.A. in a misbegotten quest to break into the world of nightly cable news.