Review: 'Confirmation' Refuses to Confirm or Deny Anything, But Kerry Washington Shines 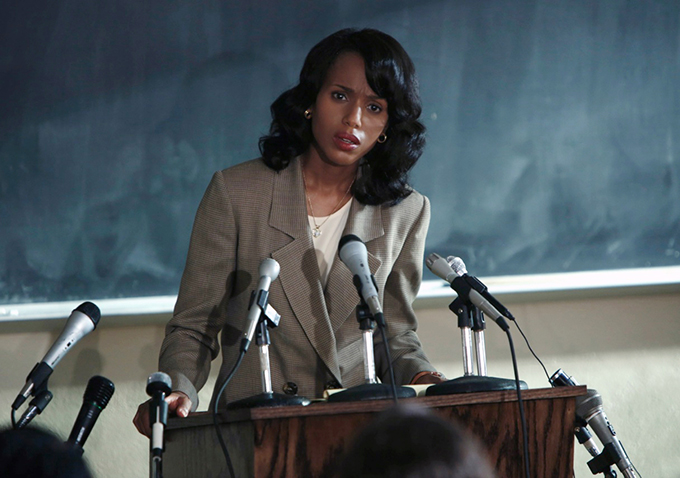 For those uninformed re: the events surrounding Clarence Thomas’ Supreme Court confirmation hearings, the following serves as both a synopsis of the film — akin to something you’d see at the top of a Wiki page — and, technically, a spoiler, even though the events are based on a reality most of us lived through in 1991.

Allegations were made against the man who would become the second African-American Supreme Court Justice by Anita Hill, a lawyer and professor at Oklahoma University who had worked with Thomas at the Department of Education as well as the EEOC. Though she said no physical altercation ever occurred, his graphic statements, ongoing innuendos, leading questions and repeated requests for a date certainly sounded like a horrific ordeal. Yet years later, he denied they ever happened, and around and around we went in the court of public opinion until politics stepped in and the world moved on.

READ MORE: ‘Confirmation’ Director on How Making the Movie Changed His — And Wendell Pierce’s — Perspective on Clarence Thomas

And that’s as much as we know. It’s as much as we knew then and as much as we know now. Despite the nagging double meaning of its title, the movie provides nothing resembling support for either side’s argument. Worse yet, the film’s construction also becomes hypocritical because, considering how well-documented the events actually were, most people are aware — possibly overly so — of the entire scandal. Yet “Confirmation” focuses specifically on the hearings themselves, giving little leeway for analysis of how they affected our culture, let alone providing revelations or inside knowledge an early ’90s television audience wasn’t privy to at the time. Director Rick Famuyiwa and screenwriter Susannah Grant make no attempt to argue for either side — Thomas or Hill — instead choosing to craft off-camera events key on depicting how hard the ordeal was for both parties. 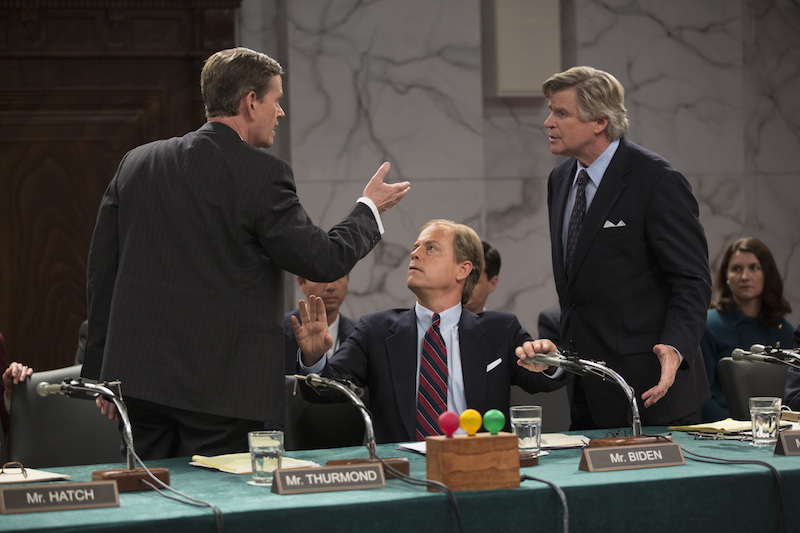 Instinctually, this lack of insight is somewhat infuriating. Audiences watching the events unfold in real-time had to be clamoring for an answer more than anyone, but rather than shift focus in the retelling away from the lack of a firm resolution, “Confirmation” leaves you with a similar feeling, and its proffered takeaways don’t provide enough satisfaction to mask the notion that someone was wronged — and got away with it.

For those who were hoping for a film akin to “The People v. O.J. Simpson” — FX’s excellent 10-episode anthology that crafted a case against the system itself, be it controlled by lawyers, the media or the public’s shamefully misplaced fascination — “Confirmation” is doubly disappointing because it shares so many similarities with Scott Alexander and Larry Karaszewski’s masterful take. While that series proved why revisiting well-documented public events could hold meaning for modern audiences, this settles for just getting the story back out there — again. In “The People v. O.J. Simpson,” we got to see how the case affected society’s ongoing racial tensions, as well as how the media’s coverage led to the inaccurate, “headline news” world we live in today. We also got to spend 10-plus hours with the characters, really digging into their motivations while empathizing with their struggles. This comparatively brief effort is either too short or too misguided to adequately encapsulate the effects of each specific decision in the context of a broader discussion, be it Hill’s determination to be heard or the manipulative political schemings that tried to sway public opinion.

Famuyiwa does a fine job with the challenging task of blending found footage from the hearings with staged scenes supporting and expanding on that foundation. Each cast member is adequately but not overly made up to look like their real-world counterpart, and the pacing is more than enough to grip you. The aesthetic he creates, however, speaks to a different focus than what’s in the script. By the end of the film, we’re steered so abruptly in a new direction aimed at finding meaning and hope, viewers could sue for whiplash. That, too, is disheartening considering the issues brought up in “Confirmation” of sexism, racism and bias brought on by power are all oh so relevant today, we really don’t need a “happy ending” to a story without so much as an answer to, “What happened?” 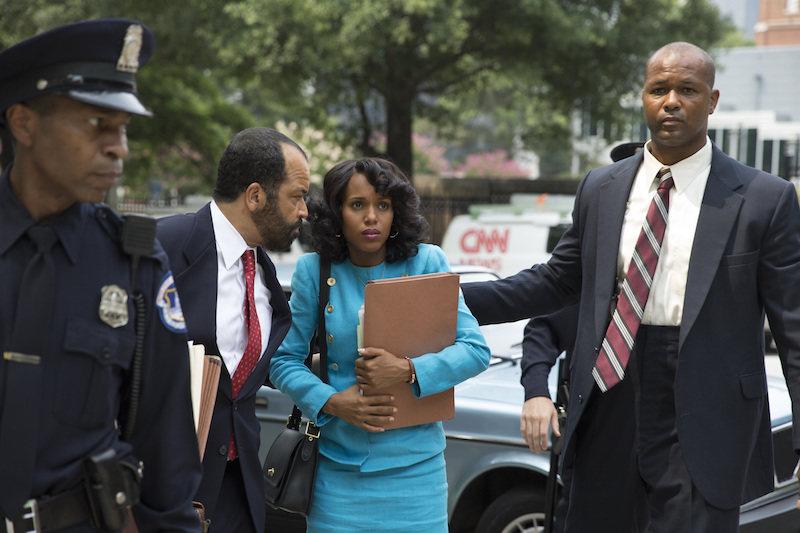 What’s most admirable about the film is the person who’s been pushing for its creation the longest. Kerry Washington brings a beautifully reserved presence to Hill without stripping her of any bravery. While her time in front of the news cameras will most likely draw the most praise for its striking resemblance to the actual footage, Washington manages to come closest to finding meaning in the movie during her time out of the spotlight. She makes you believe in Hil’s integrity and determination, but more than that she finds nuance in small moments like watching a football game to soothe her nerves and the relief of seeing a friendly face in an unexpected place. Her portrayal makes you want to believe in the final message, even if it doesn’t hold up past the depicted time frame.

Wendell Pierce, as Thomas, delivers an equally refined turn with slightly less to work with, and that speaks to two things: First, Pierce’s commanding presence is wielded to its full potential, which is a credit to an actor inheriting a villainous role he repeatedly steers out of the darkness. But the second realization attached to Thomas’ time on screen is why he doesn’t have more to say: We don’t know what it would be. Rather than speculate as to what the current Supreme Court Judge would have said — which obviously would have been wrong — “Confirmation” takes the high road by allowing Pierce to find a voice in his character’s continuous anger, be it justified or not. The only problem is that means there’s room on the high road for more than just a “did he or didn’t he” discussion, and the movie still never finds those words.

Make sure to sign up for Indiewire’s TV and Award Season newsletters to stay up to date on all this year’s Emmy contenders.