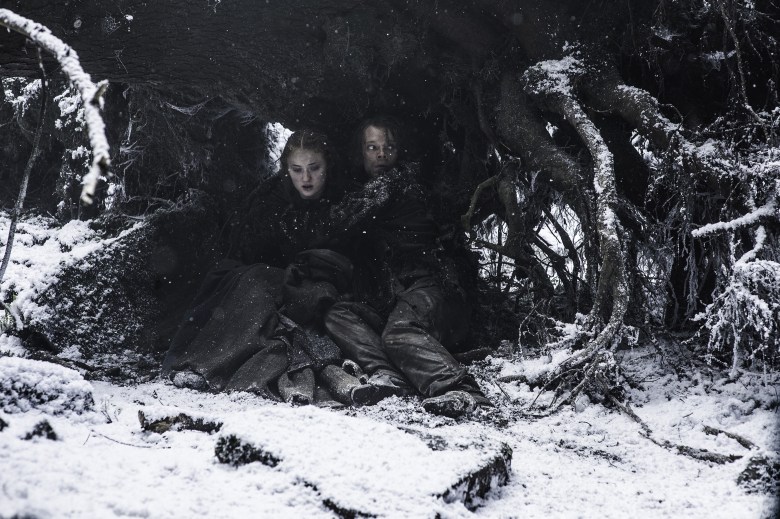 One of the most striking aspects of “The Red Woman,” the premiere episode of “Game of Thrones” Season 6, is that it’s funny. And it’s funny in multiple ways, from turning a minor character’s death at the hands of the Sand Snakes into a punchline, to Tyrion’s attempts to connect with a beggar being skewed by mistranslations, to an extended Dothraki comedy bit about beautiful women.

That levity is welcome, in an episode that’s not immune to the show’s legendary darkness (including a huge number of deaths within the Martell house), but does feel somehow lighter than where we left off in Season 5. The bodies still pile up in a sprawling episode full of ongoing storylines, but there’s a definite sense that there’s hope for some of these hopeless sorts.

This sense began surprisingly early in the episode: Anyone whose soul didn’t thrill with triumph as Brienne of Tarth burst onto the scene to protect Sansa and Theon honestly might not have much of a soul. (Especially given the tenderness Theon and Sansa share just when all seems lost.) Beyond the acting and the choreography of the action, this is why we’re here. These are the sorts of scenes that make the brutality of “Game of Thrones” bearable — even though we know, all too well, that this sort of victory is often fleeting.

How much this is connected to the fact that as of Season 6, creators David Benioff and D.B. Weiss are no longer full-on adapting previously published books, but operating on their own terms, is an intriguing question. For, elsewhere in the seven kingdoms, the stage is set here for a number of exciting storylines. Varys and Tyrion have always made for one of the show’s most compelling pairings, so bringing them together for some power brokering should be a great deal of fun. Returning Daenerys to the world of the Dothraki, after many episodes of watching her struggle to lead cities and armies, also feels like a nice return to basics.

And while Cersei Lannister is not everyone’s favorite character, there’s nothing more thrilling than a comeback story, for which the stage is currently set. Honestly, I’m on board. The most important aspect of Cersei as a character was the revelation we got early i the show’s run, that she would have made an excellent king. Every terrible choice she’s made over the course of the show (well, with the exception of her weird incestual fixation on Jaime, which is its own separate therapy session) has come from that place of frustrated ambition. How that drives her scheming this season is undeniably a delicious thing to contemplate, especially as she’s now recoupled with Jaime with the determination to “fuck them all.” 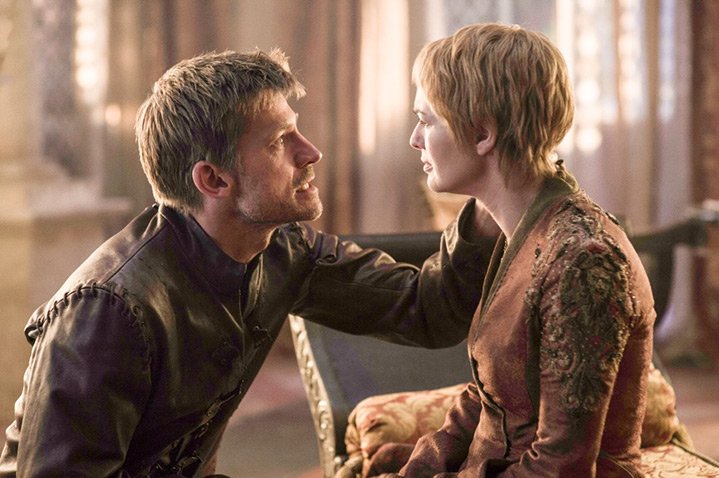 It’s also a relief that Arya is getting a second chance with the folks at the House of Black and White, as her involvement with them didn’t feel complete at the end of last season. (If only because we don’t yet fully understand what House of Black and White even is.) It makes you contemplate the emotional heft of a second chance on a show like “Game of Thrones,” where there are rarely takebacks on bad decisions. Arya remains on the short list of series regular characters who remain relatively likeable, despite all the bloodshed for which she is personally responsible. Her journey, as a young woman in a severely patriarchal society, has always been extremely compelling, but with every season, she gets more agency and strength, and becomes even more captivating.

To bring up the dead body in the room: Jon Snow’s eternal fate is still up in the air, thanks to Kit Harington’s physical presence in the first episode, in close proximity to Melisandre (who is a devotee of the Lord of Light, a god who has proven resurrection abilities). As a critic, I’m already on the record as believing that as much as I like Harington as an actor, really for real killing Jon is an exciting move for the show. But if resurrecting Jon is what the “Game of Thrones” writers are planning, it’s interesting that they’re playing it slow, establishing that there are legitimate reasons for them attempting such a move. Honestly, I’d be happy to be convinced that he should be brought back to life. 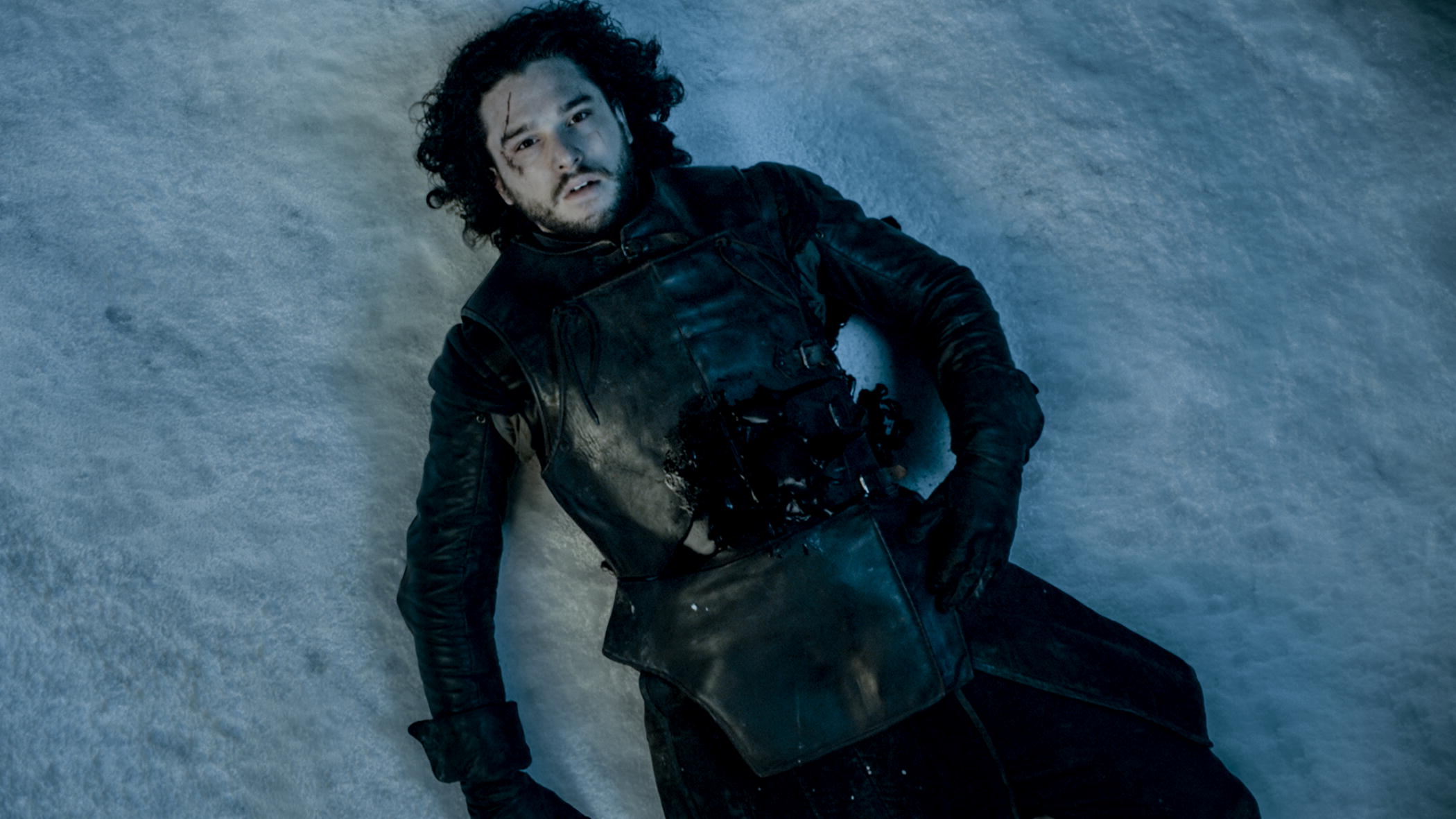 It’s funny, writing casually about the notion that a show might resurrect a character who got hella stabbed and is now lying dead on a slab. But it just speaks to how “Game of Thrones” has evolved since its premiere. In sharp contrast to the first season, the world of Westeros and beyond is now one where the supernatural feels like a natural extension of the universe. Take this episode’s final, striking moments — revealing that Melisandre’s attractive form comes courtesy of her pre-established magical powers. This revelation is far from the most fantastical or jaw-dropping of the show’s history. But choosing to end “The Red Woman” with the fact that she’s actually quite grey, as opposed to a more dramatic plot point, feels like a wholehearted embrace of the show’s fantasy roots.

Which, if you’ve been waiting your whole life to see genre storytelling taken seriously, feels like a triumph. Fifteen years ago, the most wonderous thing that would happen on an HBO series would be a Tony Soprano dream sequence. Now, a prestige drama audience is showing up every week for a TV show about dragons.

There’s real magic, in that.