Review: 'The Girlfriend Experience' Season 1 Dares You To Judge It 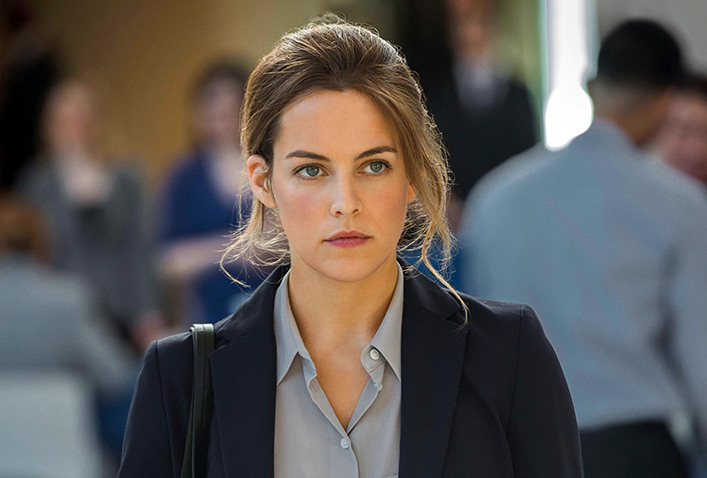 The very best thing about “The Girlfriend Experience” is that you can’t point to anything else like it on television. The intimate, stark story of Christine (Riley Keough), a young woman who finds a new life within the world of “transactional relationships,” is fundamentally singular, the result of trusting a few key players to create something very much on their own.

READ MORE: ‘The Girlfriend Experience’ Might Be Sexy, But It’s All About Control

With that, we’re referring to co-creators Lodge Kerrigan and Amy Seimetz, who wrote every episode together and traded off directing duties, but it also wouldn’t have been possible without Steven Soderbergh, who very deliberately crafted an environment for Kerrigan and Seimetz to make the show they wanted to make. The current era of “Peak TV” has overlapped with the influx of independent film talent coming to the world of serial programming. That’s not a coincidence.

That’s the best thing about the first season of the series, which you can watch now in its entirety through the Starz stand-alone app, or on boring old regular cable TV week by week. There are plenty of other good things, though, to be sure. “GFE” is on an execution level unique in the TV landscape, with a look and tone that feels familiar to Soderbergh fans, but is across the board gorgeous to look at.

Gorgeous, but also quite often antiseptic. There’s no clutter in Christine’s world, no disorder — she lives in beautiful, spacious Chicago apartments, visits high-class hotels and restaurants. Every surface seems to be made of polished glass and steel, and that’s matched by the show’s central lead. Hard and beautiful. A lot of times, a show finds its tone with its protagonist, and words that come to mind while describing Christine include “blunt” and “joyless.” But that doesn’t make it at all unwatchable.

“GFE” makes excellent use of cliffhangers that will want to keep you watching — on the other hand, it’s tonally bleak enough that watching it all at once may have an impact on your mood. 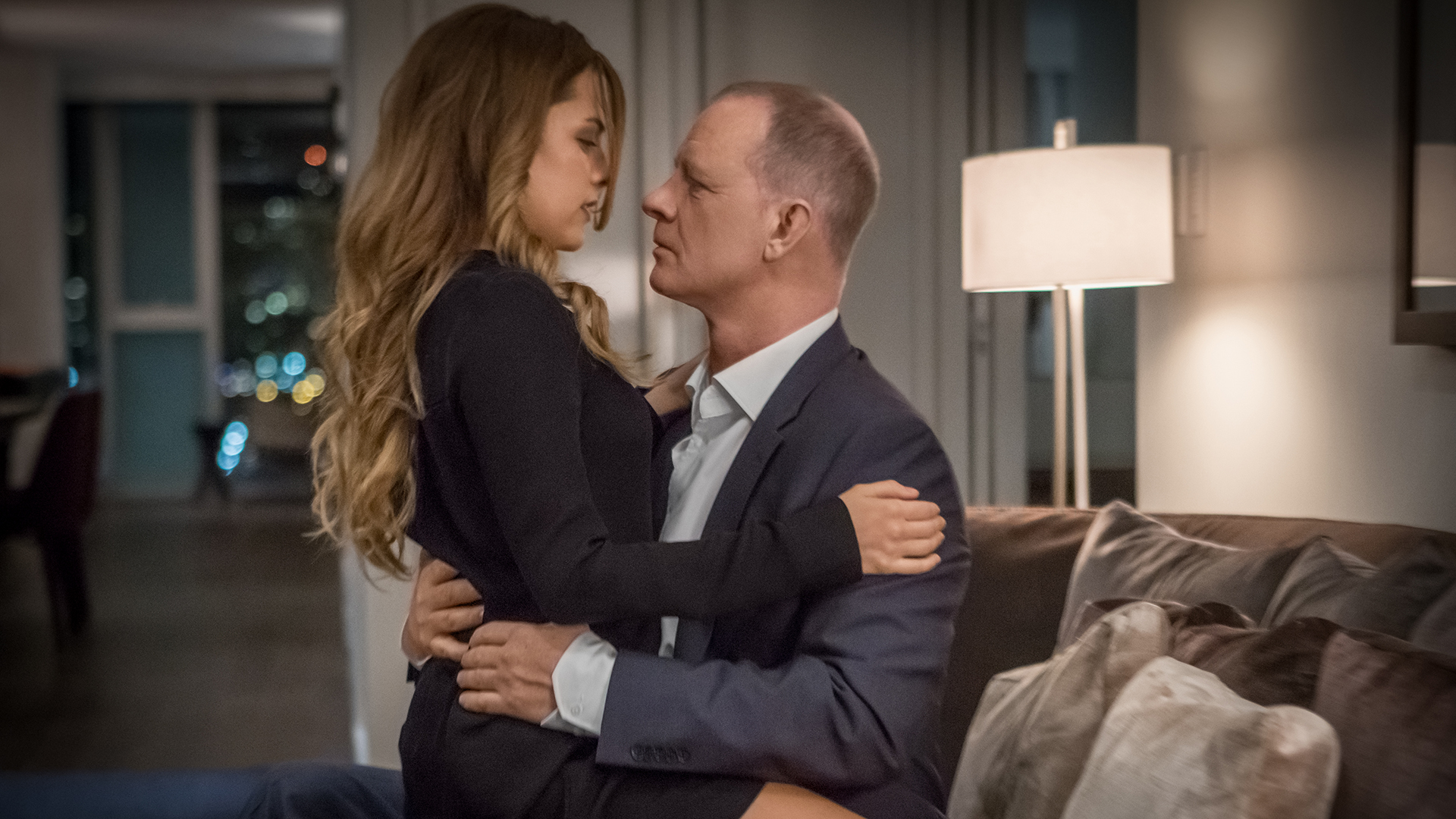 A humble recommendation, if “Girlfriend Experience” proves too dark or emotionless: The ITV/Showtime series “Secret Diary of a Call Girl” explored similar material, but with a significantly lighter tone. It wasn’t a perfect series, but star Billie Piper was charming and vulnerable, i.e. Keough’s complete opposite.

That is not at all meant to be a slight against Keough, for the record, who bears the weight of the show on her shoulders, but is more than capable of handling it. Even at her most unlikeable, she’s without a doubt captivating. There’s a deliberate divide between Christine and Chelsea, her professional nom de guerre — Christine rarely smiles, Chelsea’s face is lively and animated — and Keough manages to play both sides without ever letting us forget that it’s all, always, an act. Because all of us are so often acting, to some degree, wherever we might be.

This is the sort of show where you find yourself thinking a lot about an actor’s hair — if only because part of the divide between Christine and Chelsea is that Christine keeps her hair pulled back, while a Chelsea scene immediately indicates itself with her hair let down. The hair itself is long and luscious, a reminder of the centuries-old societal notion that a woman’s beauty is in her hair. It is an object of value, to be utilized for one’s benefit when necessary. And Christine/Chelsea is all too conscious of that. 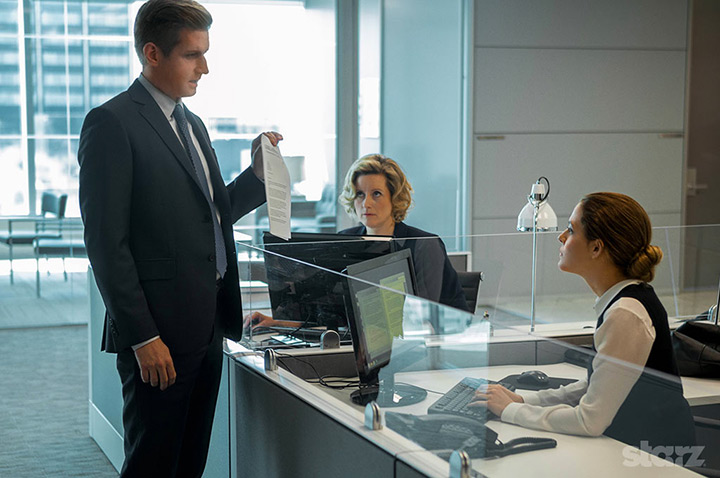 We’ve gotten many, many paragraphs into this review without using the word prostitiution, because “GFE” feels much more intrigued by approaching the nights that Christine spends with customers as more complex. The stigma of getting paid for sex is present within the show, but beyond the fact that there is real danger for Christine, in her new calling becoming well-known, the morality of the issue isn’t on the table here. What the creators do feel interested in figuring out is what kind of person would be honestly, legitimately attracted to this work, and what kind of impact it might have on them.

The easy version of this story is one where Christine falls into the game, gets punished for it and leaves it behind. But that isn’t at all what happens. There’s plenty of plot to contend with, as she tries to balance multiple lives and multiple worlds. But this stark, frank look at a very real thing, that really happens all the time, does tough but oddly beautiful work with exposing this quite real ethos.

“The Girlfriend Experience” refuses to judge Christine, and thus defies you to judge its central thesis. It’s an extremely cynical outlook — the idea that every relationship, in the end, resembles a transaction. But on our most cynical days, doesn’t that feel true?

“The Girlfriend Experience” Season 1 can be watched now on the Starz app. Episode 1 premieres tonight on Starz. Check out the trailer below…