Review: 'The Ranch' Season 1 Makes You Wish It Was a Prank (Except for Sam Elliott) 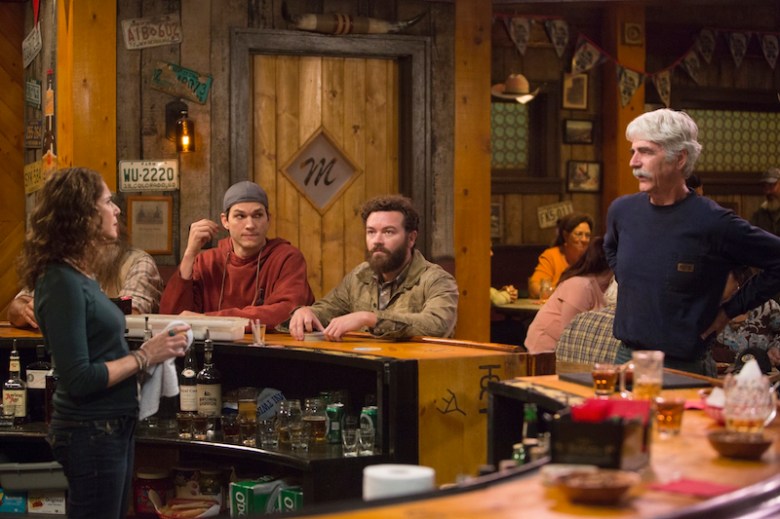 [Editor’s Note: After Indiewire TV Editor Liz Shannon Miller and TV Critic Ben Travers checked out “The Ranch,” both felt the need to let their voices be heard. Liz was not the biggest fan of Ashton Kutcher’s new sitcom, but Ben had something else in mind while watching. So, as a compromise we hope rewards our readers, below is their debate over the new Netflix original series starring Kutcher, Danny Masterson, Sam Elliott and Debra Winger.]

Liz: Let me begin by saying this: I didn’t want to dislike “The Ranch.” I really didn’t! I grew up watching multi-camera sitcoms and have no aversion to a laugh track. And I like animals and ranches, and I especially like Sam Elliott and Debra Winger. There are so many elements of “The Ranch” that were potentially appealing, and yet when I first watched the pilot, from the very beginning I found it offputting and facile. While this fascinates me on an objective level — what is it, exactly, about “The Ranch” that doesn’t seem to work? — it didn’t necessarily make me want to watch any more.
And yet apparently I’m alone on this score? Apparently you enjoy repartee like “That’s not the vagina I thought I’d be in tonight?”

READ MORE: The 15 Netflix Original Series to be Excited About in 2016

Ben: I don’t know if I’d go so far as to say that particular joke struck my funny bone, but, yes, what you found offputting and facile, I found homey and pre-meditated. While some of the humor may offend Netflix users looking for progressive, subversive comedy like that found on “Unbreakable Kimmy Schmidt” and “Master of None,” this is very much the CBS comedy of the Netflix universe. It’s aimed at a demographic that may not even know what Netflix is — just like Sam Elliott’s character plainly states in the series — and, for that, I can forgive it a few dated jokes.

Liz: Dated jokes? How about jokes blatantly stolen from “Parks and Recreation,” like when Beau (Sam Elliott) calls a salad “the food my food eats”? That’s what I find offensive about the comedy, especially because with sharper writing it’d be easier to engage with the show’s positive qualities, like the attempt to let moments breathe and the interest in pushing what a multi-cam sitcom looks and feels like.

Really, the thing with “The Ranch” that I find genuinely troubling is the fact that it seems far, far too easy for any critical disagreement over the series to devolve into a red state vs. blue state slap fight. And that’s a discredit to the great legacy of blue-collar sitcoms, especially classic series like “Roseanne.” “Roseanne” is maybe the best analog, but it featured some truly great writing and grounded performances. Even when Roseanne was one of the biggest stars on television, she was still believable as a working-class mom. Meanwhile, even though I know Ashton Kutcher is from Iowa and didn’t have an upper-class upbringing, buying him as just a regular fella is more than a bit of a stretch for me. A problem you don’t seem to have?

Ben: Buying Ashton Kutcher as anyone other than Ashton Kutcher is a bit of a stretch for me. (God bless the great state of Iowa, though, as well as the kind and generous Mr. Kutcher who does more than his fair share to support it.) Yet his lightly-tinged rancher’s accent doesn’t irk me as much as it makes me giggle, shaking my head as he tries in vain to believably blend in as Sam Elliot’s second-born son. There’s something charming about it and him; something that’s obviously kept him working over the years, and it’s what keeps me from loathing his impersonation of a small town kid who peaked in high school.

Speaking more to your first point, it’s Elliott’s performance that really holds this thing together. I, too, noticed the paraphrased rendition of Ron Swanson’s famous line about leafy greens, but it just reminded me of when Elliott guest-starred as the “other” Ron on “Parks”: a hippie who pushed peace and love as much as Ron advocated for war movies and solitude. While I’d prefer to see Elliott acting out scenes written by the “Parks and Rec” crew, I’m so very glad to see this veteran character actor get what I hope is a big payday for his time in the spotlight. He deserves both, and makes the most of his opportunity; so much so that by the time the 10 episodes wrap, just one last look from the mustachioed mountain man brought a single tear rolling down my cheek — not that I’d ever let him see it. 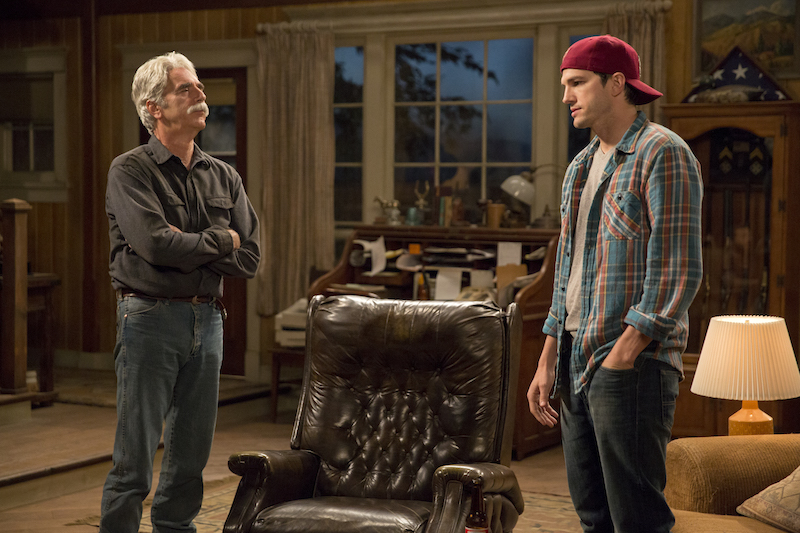 Liz: Damn right you wouldn’t let him see it. Lord knows what he’d think of you. Elliott is easily the standout performer, and I liked the chemistry between him and Debra Winger. I also confess that I kinda got into Danny Masterson’s laidback work as elder brother Rooster. Maybe it’s because you don’t see him trying so damn hard to sell the character, the way Kutcher does.

You mentioned CBS earlier, but while this might be the Netflix equivalent of a CBS sitcom, its lackadaisical attitude toward profanity and nudity would never fly on a network. And while I do not fear F-bombs or Mr. Kutcher’s exposed buttocks, the fact that those things happen almost carelessly made me feel like I was watching a web series at times, not a professionally made TV show made by professionals. I also found myself incredibly distracted by the fact that there was no effort made to conceal/obscure brands and logos, especially liquor brands. I wonder how Jim Beam is going to feel after watching Colt drain a glass full of its clearly identified bourbon and then get arrested for driving drunk.
Drunk driving, swearing, sexin’: It’s safe to say that this isn’t a show meant for a family audience. Which leads me to ask you, who do you think this show is for? 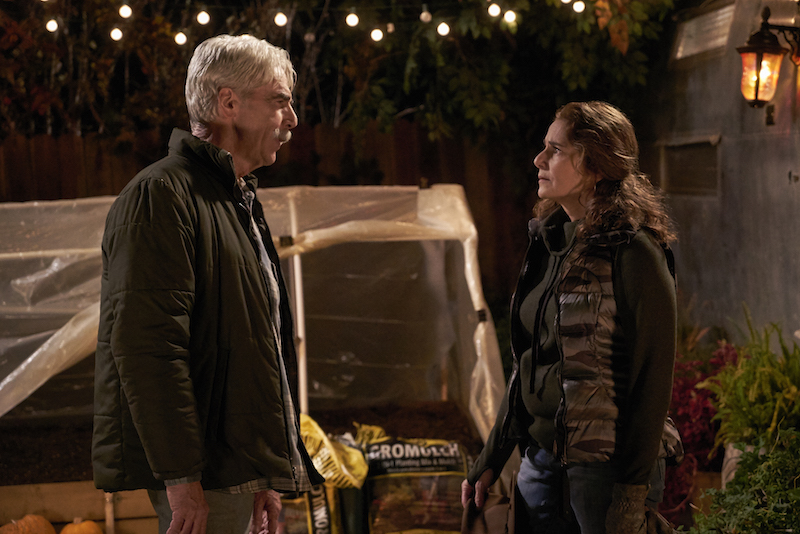 Ben: I’d argue it’s for about half the country: the folks in the flyover states who bemoan standards and practices, that wish that Charlie Sheen had been able to drop a few F-bombs on “Two and a Half Men” and that they had the chance to see a few naked stars on their Thursday night comedy block. “The Ranch” is shamelessly, boastfully targeted at the very people most of television makes fun of or pretends don’t exist. It’s made for the family it presents, and I don’t really see anything wrong with that. The sporadic vulgarities only reminded me of the freedoms we enjoy in this great country — and now enjoy via Netflix’s lack of censorship — while Kutcher’s bare buttocks only begged the question as to why there wasn’t any female nudity to even things out.

And this leads me to my final point: For as much as I’d like to pretend this show is as simple-minded as it pretends to be, it’s hard not to watch five hours of “The Ranch” and not end up convinced it serves as commentary on the current state of television. I mean, where else can you see something like this in the modern landscape of ultra serious dramas, superhero series and comedies all-too-concerned with stroking their stars’ egos? In an era where meta humor reigns supreme, “The Ranch” serves as a reminder of what television was built on — likable stars and laugh tracks — as well as what it can become. Those curse words you call careless I call commendable. Embrace the future by recommitting to the past: That’s what “The Ranch” is all about.

Liz: I’d love to see your census numbers that suggest that the demographic you describe represents “half the country,” because I think creating that concept is honestly unfair to the real existence of diversity within this country, even in the Midwest. And while I don’t disagree that those who watch this show and recognize themselves in these characters are the target audience, there are so many great examples right now of shows that have universal appeal despite telling diverse stories. You shouldn’t have to be a good ol’ boy from the midwest to enjoy “The Ranch,” and it also shouldn’t be assumed you’ll like “The Ranch” because you’re a good ol’ boy from the midwest. Quality should win out, in the end. 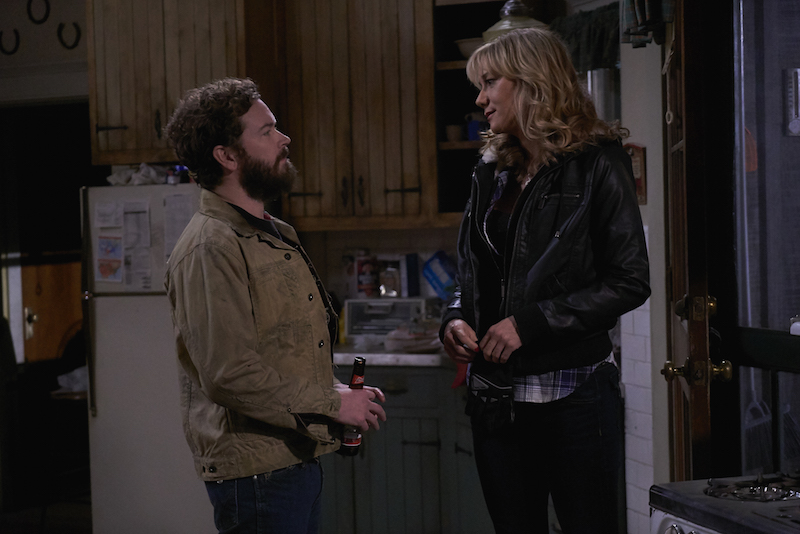 Ben: A fair point, Liz, and one I won’t fight you on if you’ll just let me say one more thing in my defense.

Ben: April Fools, Liz! Did I get you? Did you figure it out? I wasn’t sure if invoking one of my most hated offensive phrases — “flyover states” — had tipped you off, but I sure hope not. This prank has been long in the works.

A brief explanation: Dear readers, after setting Liz up for days with casual asides about “kind of liking” this show, all while knowing her vocal — and just — disdain for it, I just couldn’t resist the chance to prank her while reviewing this April Fool’s Day release. Indeed, my side of the above exchange has all been one big waste of your time — though a few truthful tidbits leaked in, like Kutcher being a great ambassador for Iowa and the entire paragraph on Elliott’s performance. I do apologize to anyone who (rightly) sees me writing a good 800 words of lies as self-aggrandizing and/or pompous, but I was hoping Liz would shred the dissenting, inaccurate, devil’s advocate argument I put forward as a means to silence any actual supporters of this offensive and lazy effort. And she did just that.

Still, in a sincere effort to make amends, let me sum up my honest thoughts about “The Ranch” quickly: a truly dreadful sitcom as appalling as Liz has claimed. It’s also truly insulting to myself, a born-and-raised country kid taken aback by the presentation of my small-town kin as sexist oafs lacking a sense of humor — or at least lacking a good one. Liz was spot-on with her analysis, as always, so do avoid this Netflix comedy, and I’ll completely understand if you never trust me again. You’re probably better served by always listening to Liz, anyway.

Liz, Happy April Fool’s Day — or, as it’s likely to be known from here forward, Happy Anniversary of Ben’s Brutal and Lengthy Death.

READ MORE: 7 New Netflix Shows to Binge Watch in April (And the Best Episodes of Each)