Robert Durst: 'The Jinx' Villian Gets 7 Years In Prision After Plea Deal 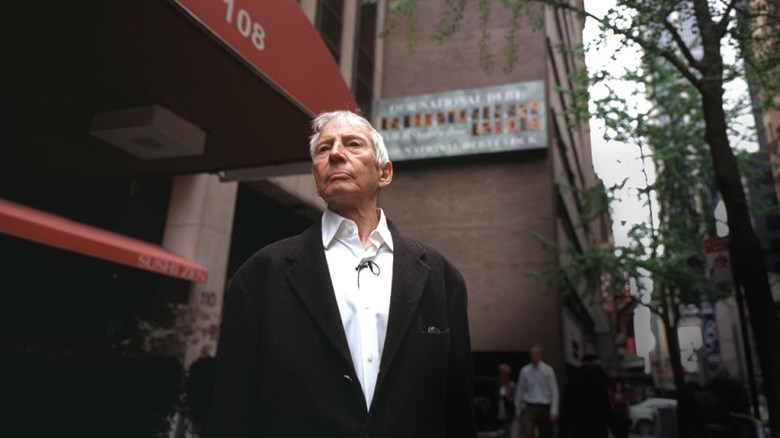 Robert Durst is headed back to jail. The real estate heir, who was the subject of the HBO mini-series “The Jinx,” was sentenced by a federal judge in New Orleans on Wednesday to serve seven years and one month in prison on a weapons charge.

The 72-year-old had faced a maximum of 10 years for illegally carrying a .38-caliber revolver. U.S. District Judge Kurt Engelhardt approved the plea deal on Wednesday.

The previously convicted felon also faces a murder rap in California where he is accused of killing his friend Susan Berman. He is also a suspect in the 1982 disappearance of his wife Kathleen McCormack, whose body was never found.

During the last episode, Durst, unaware that he still had a microphone on, goes into the bathroom and admits, “What the hell did I do? Killed them all, of course.”

This Article is related to: News and tagged Robert Durst, The Jinx: The Life and Deaths of Robert Durst