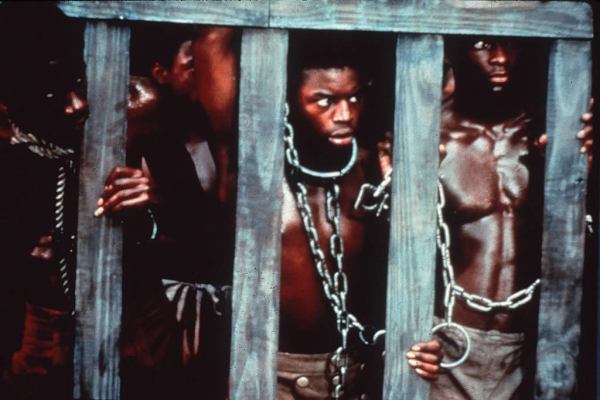 In 1977, ABC aired the landmark miniseries “Roots” on eight consecutive nights. Based on the 1976 novel by Alex Haley, the series told the story of Kunta Kinte (portrayed as a teenager by Levar Burton and as an adult by John Amos), a Gambian child captured by white men and brought to North America as a slave. The miniseries was watched by an estimated 130-140 million people; over eighty-five percent of all homes with a television watched some or all of the series. Now, the History Channel is set to remake “Roots” with an all-star cast. Watch a teaser trailer that asks you to “know his name” above.

The series will star Malachi Kirby as Kunta Kinte, and will also feature the talents of Laurence Fishburne (“The Matrix”), Forest Whitaker (“The Last King of Scotland”), Jonathan Rhys Meyers (“Velvet Goldmine”), Anna Paquin (“Margaret”), and more. “Roots” will air two-hour installments for four consecutive days starting May 30th. They will be aired at 9pm Eastern time on the History Channel, Lifetime, and A&E.

This Article is related to: News and tagged History Channel, Laurence Fishburne, Roots