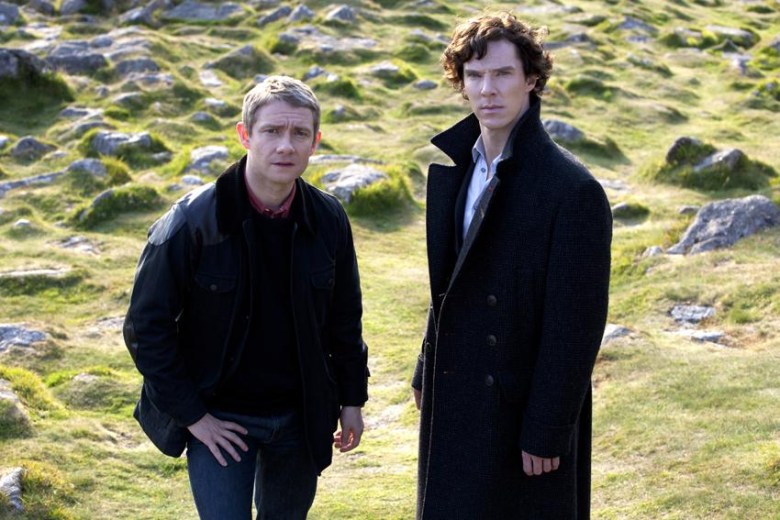 Anxious for more “Sherlock”? Fans of the BBC favorite have been forced to wait over two years for a new season of the Benedict Cumberbatch- and Martin Freeman-starring series (though a recent winter special, “The Abominable Bride,” did tide things over for just a bit), and now one of its stars is revealing when we can expect to see more of the modern spin on the Sherlock Holmes mythos.

Freeman hit “The Graham Norton Show” this week, where he shared that “Sherlock” fans may only need to hold out until the end of the year to see a new season of the show.

“We are back filming now and the three shows will, I imagine, be out around Christmas,” Freeman said.

READ MORE: ‘Sherlock’ Star Benedict Cumberbatch On the Sleuth’s Sexuality and How His Own Stock Has Increased

Early reports held that the show might not return until 2017, but Freeman seems to think that the series might sneak in before 2016 winds down. One massive hurdle to overcome? The busy schedules of stars Cumberbatch and Freeman, who both recently joined the Marvel Cinematic Universe, with Cumberbatch stepping into Dr. Strange’s cloak (can you step into a cloak? sure) for his own film, due out in November, and Freeman getting on board with the upcoming “Captain America: Civil War” in a role that will reportedly see him returning for more MCU features in the future. Crossover?