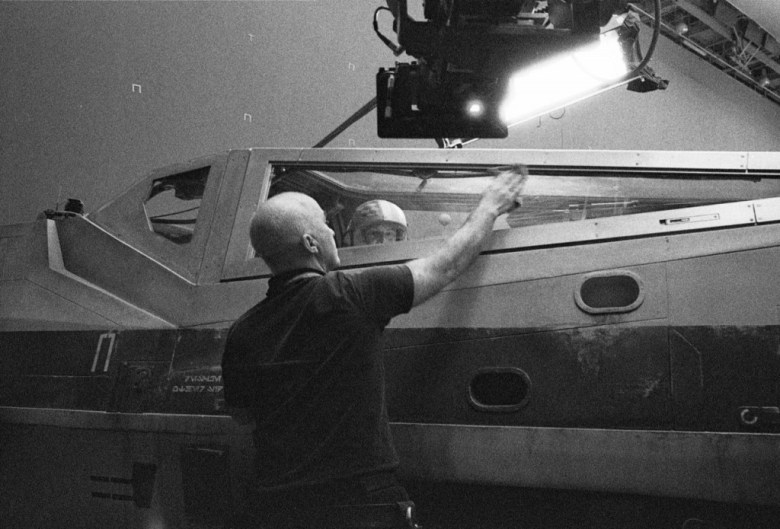 Ever since the blockbuster success of “Star Wars: The Force Awakens,” all eyes have been narrowing in on “Brick” and “Looper” director Rian Johnson to see what he has in store for the widely anticipated followup, “Star Wars: Episode VIII.” While we’ve gotten some glimpses of the set and behind-the-scene training sessions from members of the cast and crew (take a look at a lightsaber-weilding Daisy Ridley here), Johnson has taken to his Tumblr blog to officially celebrate the production’s halfway point with two awesome black-and-white set photos. One shows a crew worker cleaning off the window of an X-Wing, while the other teases some of The First Order’s tech boards.

Unsurprisingly, plot details surrounding “Episode VIII” are being held under lock and key, so it’s anyone’s guess as to what happens now that Rey has found Luke Skywalker. Ridley’s training video suggests Luke will be showing Rey the ways of the Jedi, but just how much time will have passed between installments and where the rest of our favorite characters are (including Poe and Finn) all remain to be seen. “Star Wars: Episode VIII” will be released in theaters on December 15, 2017. Check out the set photos below.

Stay on top of the latest breaking film and TV news! Sign up for our newsletter here.

This Article is related to: News and tagged Rian Johnson, Star Wars: Episode 8