'The Adderall Diaries' Review: James Franco Stars in a Drug Drama Without Any Highs 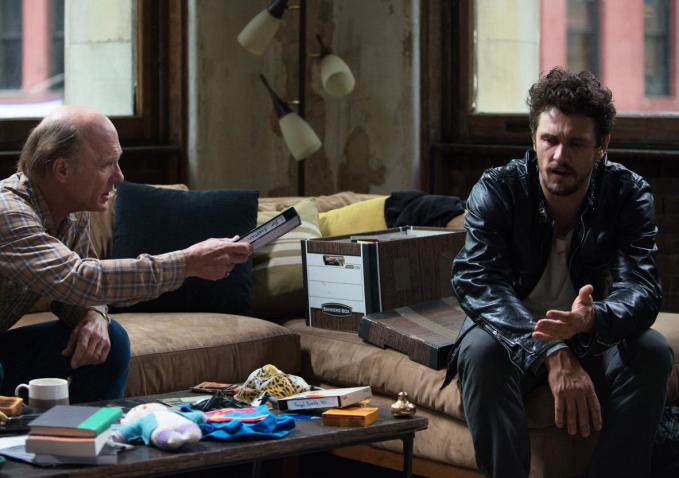 It’s always interesting when a writer dislikes a film that was adapted from their book, and all the more interesting when the book in question is a memoir. And yet, it’s almost entirely irrelevant that “The Adderall Diaries” author Stephen Elliott is an outspoken critic of the movie that Pamela Romanowsky has carved from his 2009 autobiographical true-crime story of the same name. Which is not to say that Elliott’s heartfelt takedown doesn’t make a number of salient points — on the contrary, his review speaks lucidly and without contempt to the reasons why this movie is such an inert failure.

The thing is that it’s hard to care if “The Adderall Diaries” is even vaguely based on a true story, because so little of it feels true — not inaccurate, but false. Even though Elliott received a hefty paycheck for signing over the rights, and even though Romanowsky’s protagonist borrows his name, this isn’t a movie about him. This isn’t a movie about anyone.

An 81-minute drama that fittingly struggles to find its focus, “The Adderall Diaries” begins with a quote from Elliott’s book that frames the film as an inquiry into the nature of personal narratives. “We understand the world by how we retrieve memories, re-order information into stories to justify how we feel.” That alarmingly facile axiom bleeds into the haze of home video, Romanowsky introducing her hero by blitzing through his wonder years — we watch as his abusive father (Ed Harris) curdles a picture-perfect childhood into the stuff of a misanthropic adolescence.

Cut to the present, where scruffy literary sensation Stephen Elliott (James Franco, natch) has successfully repurposed his growing pains as the fodder for a memoir. As Stephen’s endlessly forgiving agent (Cynthia Nixon) brokers her client a massive advance for his second book, snippets of his breakthrough debut are narrated aloud. “We became experts in the fields of masturbation, cheap vodka, and bad decisions,” Stephen drones over footage of his younger self (“One and Two” star Timothee Chalamet) palling around with a delinquent friend. Needless to say, it comes as something of a relief when Stephen abandons his stillborn plans for a sequel in favor of another story — a story brought to his attention by Wilmer Valderrama, who promptly vanishes from the movie after setting its plot in motion. 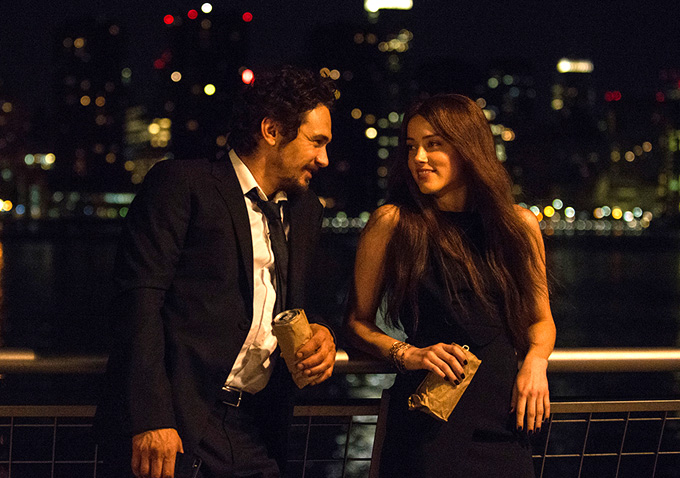 Tech entrepreneur named Hans Reiser (Christian Slater) is on trial for murdering his wife, and Stephen finds himself drawn to the courtroom for reasons that he can’t quite understand. The kinship between the two men is ultimately revealed to be as broad and banal as everything else in the movie (“Validation is a hell of a drug,” Hans muses), but it points towards an overarching truth: Everything we write, everything we think, and everything we are is filtered through our own experience. Stephen sees the trial as an opportunity to write about something new, but through it finds only a new angle from which to write about himself.

…Or so we’re told. It’s hard to see how Stephen gleans such profound understanding from the handful of asinine conversations he has with Hans. The entire narrative thread seems redundant in the shadow of his imploding literary career, which goes to shit when his (supposedly dead) father pipes up in the middle of a public reading. The interruption exposes Stephen as a fraud, and the fraudulence exposes Stephen as a moron. The real Stephen Elliott may not be pertinent to this movie, but it’s worth nothing that he isn’t Stephen Glass.

The plot points in the movie are such a jumble that the various strands of connective tissue running between them eventually become the only means of keeping track. Stephen glides his motorcycle down the streets of pre-dawn Manhattan like he’s auditioning for one of Nicolas Winding Refn’s neon noirs . Stephen seduces a sexy New York Times reporter (Amber Heard) so that he has someone to asphyxiate him in bed. Stephen eats pancakes that are molded in the shape of his friend’s taint. And yes, Stephen once takes a drug cocktail that includes Adderall, but no effort is made to explore the eponymous amphetamine’s role in his life, or why it’s become sexy enough to wedge into the title of an otherwise unrelated book.

For a guy who’s supposedly addicted to the stuff, Stephen can hardly sustain his own interest in something, let alone ours. In fact, he often seems like he’s on the brink of falling asleep. Franco delivers many of his lines as if he’s reading them for the first time, leaving the comparatively vibrant Harris to grasp at straws. There isn’t a single scene that works; there isn’t a single scene that holds together.

Films that address memory as a narrative act are invariably located within the space between fact and fiction — a space that belongs to neither but clarifies both. Elliott, in his critique of this film, wrote that “A good memoir reads like a detective story where the protagonist searches relentlessly, honestly, for the truth.” Romanowsky has made a fragmented detective story where her protagonist runs away from it. Perhaps that would be okay if the movie didn’t follow suit. Seldom has a story about subjectivity been so solipsistic — “The Adderall Diaries” is about nothing but itself. It’s not fiction, it’s forgery. It’s not adaptation, it’s erasure.

“The Adderall Diaries” opens in theaters and on demand this Friday.