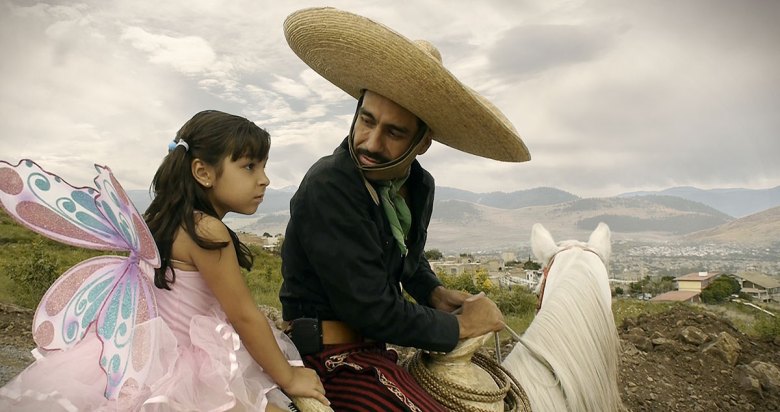 All week, Filmmaker Toolkit will be diving into documentary films screening at this year’s Tribeca Film Festival, which runs from April 14-24. Today we are examining the critical role non-profit support plays in getting so many nonfiction films made. The following 13 films were generous enough to share with Indiewire specific details about their non-profit support: who supported them, what percentage of their budget was from these funders and what did this support allow them to do.

READ MORE:  The MacArthur Fund Gave $2.5 Million to Documentaries Last Year, But That’s About to Change

“The Tribeca Film Institute grant helped pay for my daily life so that I could be near to my subject. Without it I would have needed to work on other projects far from where the action was happening. It was our first “institutional” support, that also allowed us to gain attention from other funds. Gabriel Figueroa Film Fund helped us to get major postproduction services like color correction and THX audio mixing. Without it maybe we weren’t ready to release the film at this moment.” 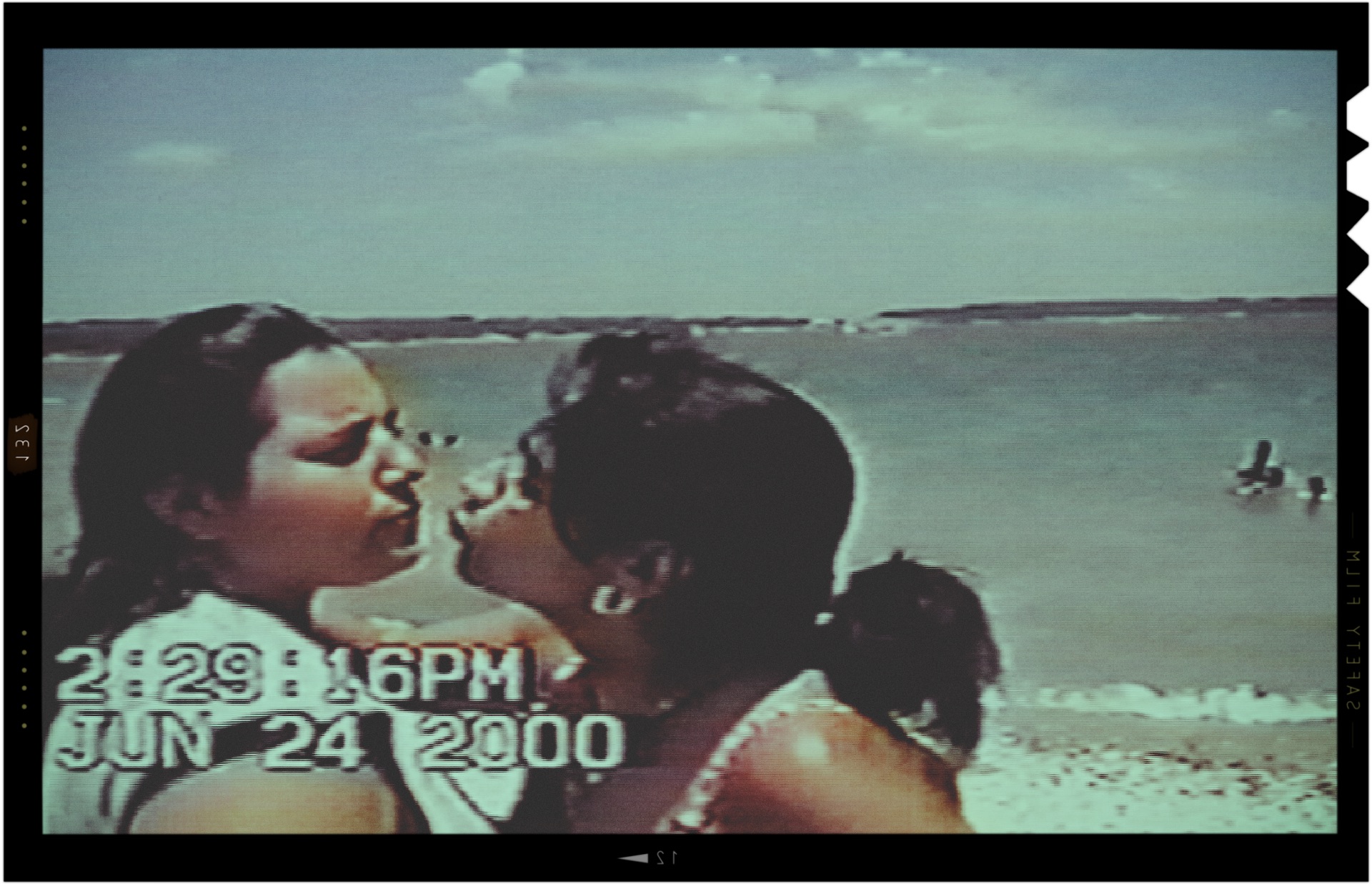 “We were extraordinarily lucky in receiving key grants during the making of “Southwest of Salem.” In fact, it’s primarily how we managed to get through the production and early edits of “Southwest of Salem.” The wonderful thing about having partners aside from the funding is that they often come on board as allies & mentors during the process of filming, post, and the later during outreach and engagement. For example, with funding from Sundance Institute, I became eligible for the 2014 Sundance Documentary Film Fellowship at the festival, and later the Sundance Creative Producing Fellowship in 2015. The Sundance Producing Fellowship is where I ended up pairing with the incredible team that would help launch Salem into the world: Executive Producer Julie Goldman, Sales Agent Josh Braun, and my publicity team, led by David Magdael. At IFP I met my other EP, David Chalfen. The same for Chicken & Egg Pictures, which hosts incubators and editing labs for filmmakers. And my producer, Sam Tabet, was my screener at Chicken & Egg, and after Sam left C&E she joined my team! For me, my funding partners were massive assets in ways that were even more beneficial than money.” 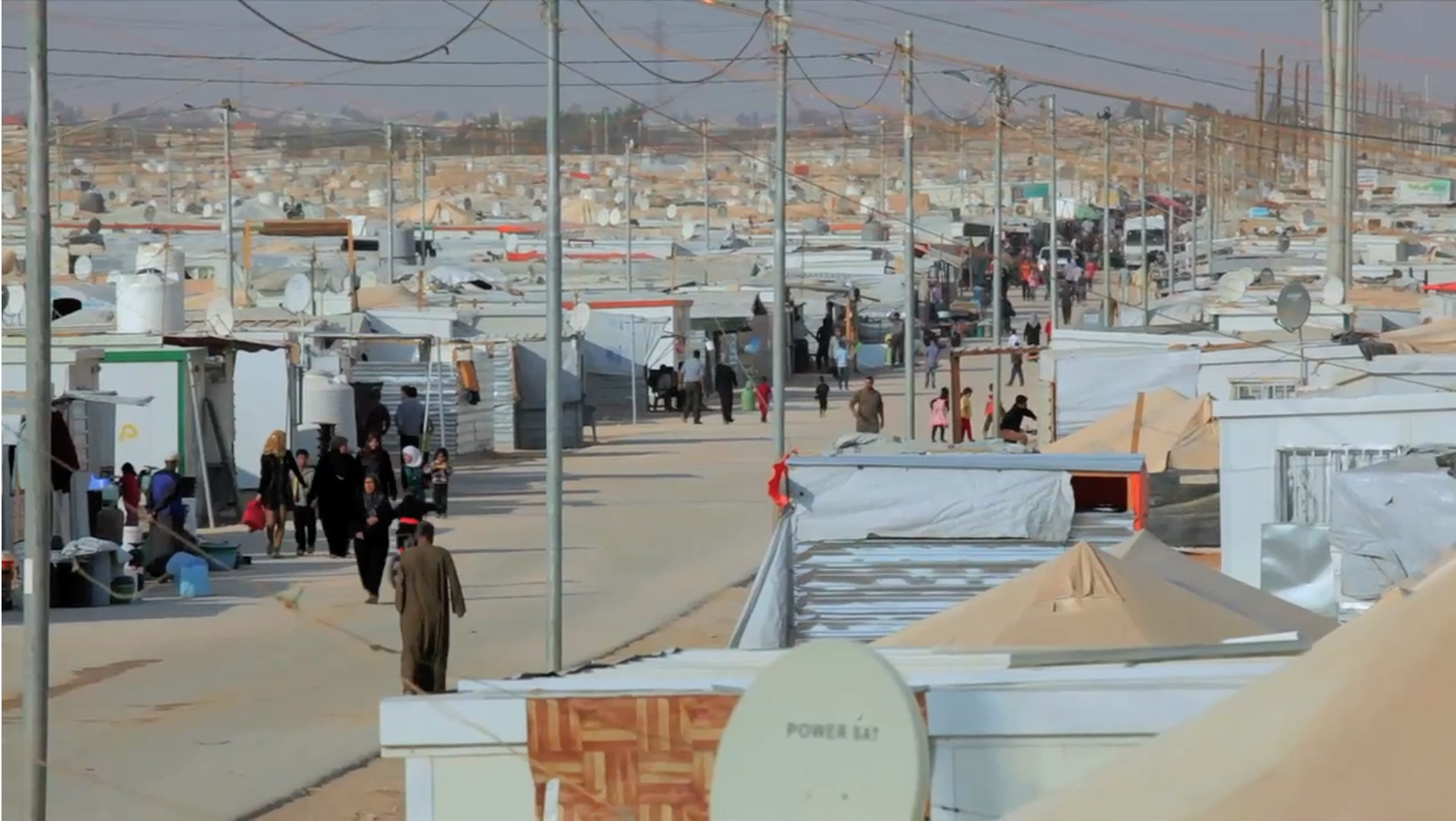 “Given the escalation of the refugee crisis, especially in the last year, it was really important for us to finish the film as soon as possible. We received the MacArthur grant when we were about to start editing and this funding allowed us to stay on schedule in order to complete the film for this spring and make the Tribeca deadline.”

“I think the early support from funders like the MacArthur Foundation and The Catapult Film Fund gave potential investors an extra incentive to come on board in a few different ways. Besides giving us the capacity to begin shooting and put forward a proof of concept to enable outside companies to understand the film, it gave potential investors the luxury to take on less financial risk with some initial non-profit funding already in place.” 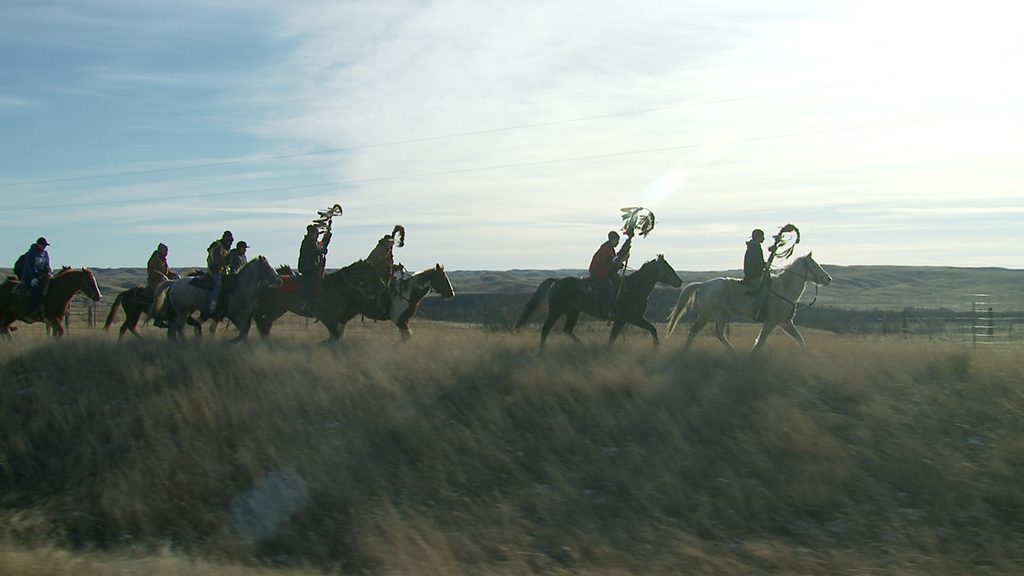 “The Procirep and CNC writing support helped me write the film and scout. The Fonds de Soutien made the shooting possible.”

“We wrote our first proposal and started researching in earnest in 1998, but it wasn’t until we got our first donation in the fall of 2011 that we were able to actually go into production.” 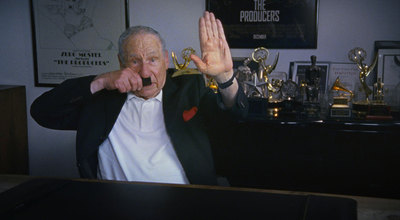 “Memories of a Penitent Heart”

“As a first-time filmmaker, getting a grant isn’t just about the money, it’s an external endorsement of the project that can transform a film from a hair-brained scheme into a legitimate project in the eyes of the rest of the world. Filmmaking can be a brutally isolating undertaking. In the beginning, I spent a lot of time alone in my apartment tearing my hair out. It never gets easy, but once I started getting institutional support, a lot of people started returning my emails. It also made it a hell of a lot easier to meet interesting people working on projects I respected. I felt less alone.” 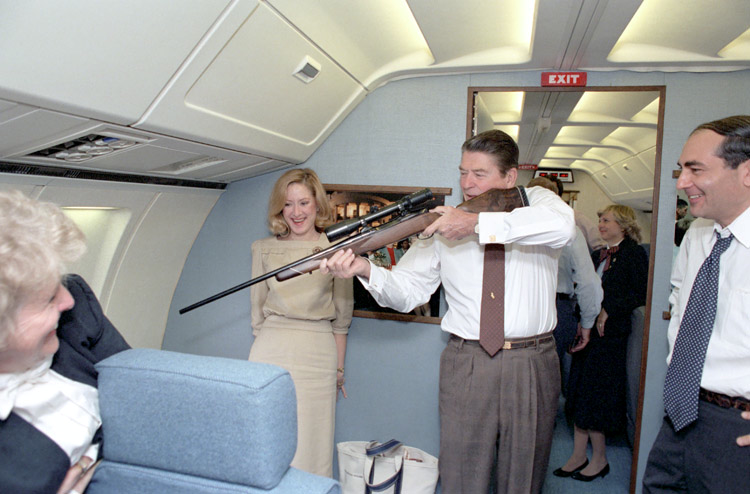 Dir: Johan Grimonprez
Funders: Sundance, Threshold, Vital Projects Fund, Cinereach, Gucci Tribeca Documentary Fund, Wallace Action Fund, Bertha Foundation, Danish Film Institute, VAF (in Berlin)
Budget: 40% came from non-profit support
“The producers were careful about who they got involved with – they wanted everyone to be aligned, and as you can imagine they wanted people and institutions who were really substantive in their interests. I think the non-profit support always lends credibility to a project, and in this case it also gave us some flexibility to explore some very dark places. It also really gave us confidence from a legal standpoint. I think just having a smart family of funders, who really were solid for us, was very very helpful.”

Dir: David Feige
Budget: 90% came from non-profit support
“Quite simply there would have been no film absent the financial support we received.”

Dir: Thierry Demaizière & Alban Teurlai
Funders: Procirep and Angoa – two French state funding structures that don’t require reinvestment after the release of the film
Budget: 5% came from non-profit support
“The funding allowed us to take the time we needed to edit the film, to do a 5.1 mix which consequently enabled the film to attain a level of quality that we had hoped for.” 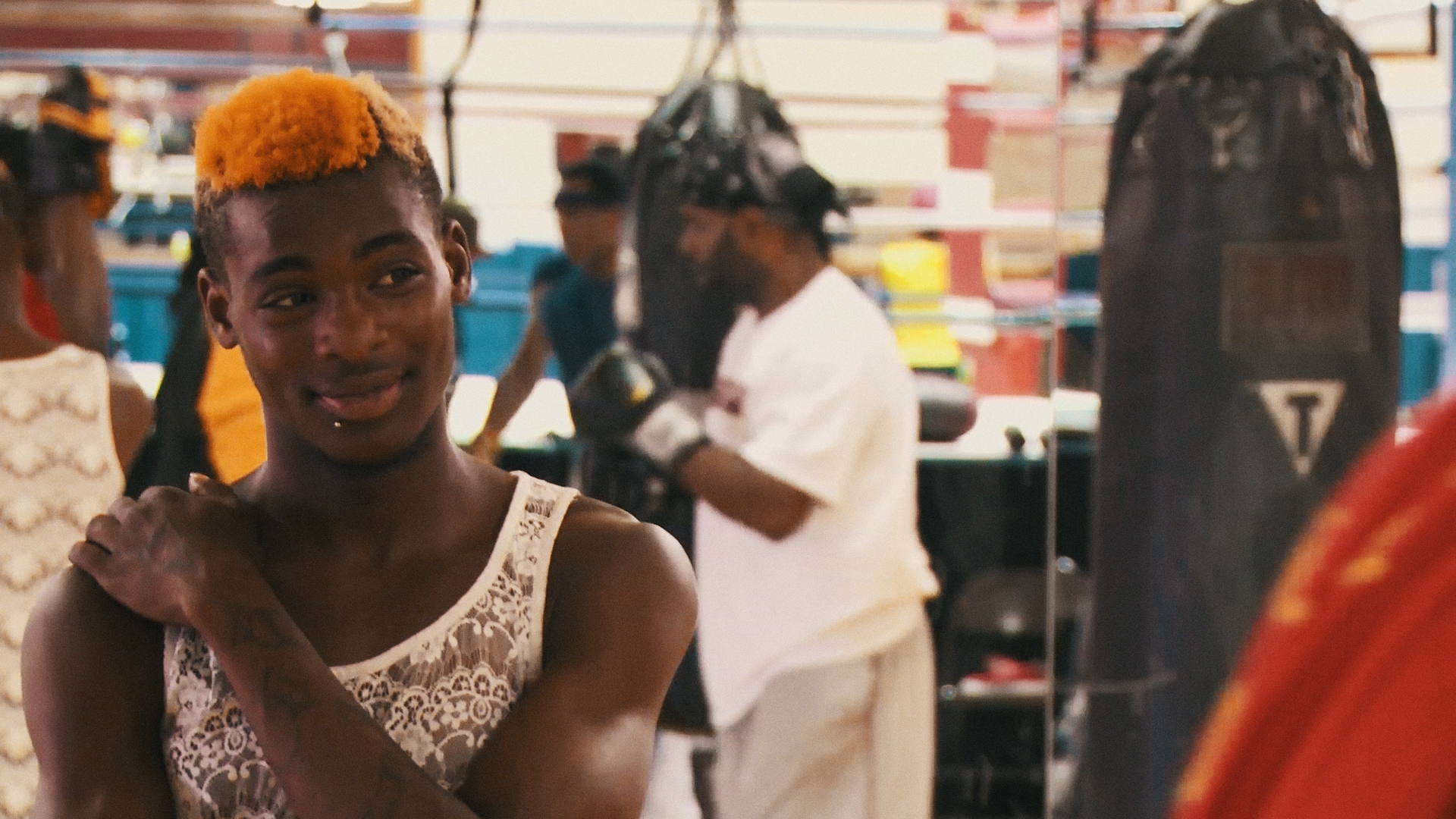 Dir: Kristi Jacobson
Funders: Vital Projects Fund, Catapult Film Fund, Gucci Tribeca Documentary Fund, Sundance Institute Documentary Film Program, the Bertha Foundation, Chicken and Egg Pictures and Candescent Films.
Budget: 50% came from non-profit support
“Research and development began in summer 2012. At that moment, there was very little coverage of solitary confinement in the US in the mainstream press. We began charting an independent course, and were fortunate to have two non-profit funders from the start who believed in our vision: Vital Projects Fund and Catapult Film Fund. Vital Projects’ continued funding support enabled us to ultimately get access inside a supermax prison – and once there, the incredible access, amazing characters, and the setting itself were so cinematic we soon decided the entire film would take place in and around the prison. As the project developed, we began to get more grants – an important moment came when we got a significant grant from the Tribeca Film Institute, as well as support from the Sundance Institute Documentary Film Program, the Bertha Foundation, and Candescent Films – all of whom supported the independent vision of this film. I feel that their support, both financial and creatively, also enabled us to make bold decisions that were vital to the film.”

Watch a clip from one of the festival’s most exciting documentaries, “Betting On Zero,” below:

This Article is related to: Toolkit and tagged Filmmaker Toolkit: Documentaries, Toolkit, Tribeca 2016