'The Family Fang' Review: Jason Bateman's Continuing Quest to Be a Serious Filmmaker 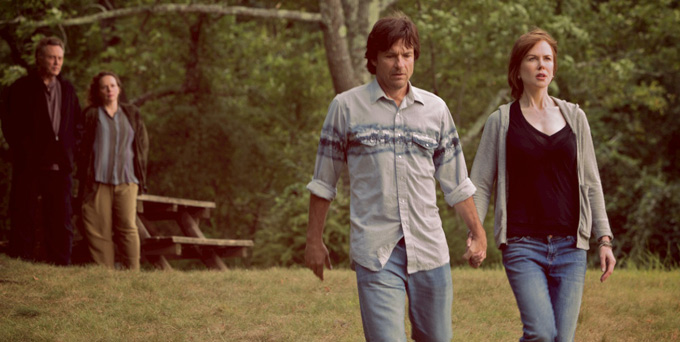 As an actor best known for his shit-eating grin on “Arrested Development,” Jason Bateman excels at an odd combination of smarminess and likability. Judging by his first two efforts as a director, that same pairing translates to his filmmaking sensibilities. His 2013 “Bad Words” was an uneven but entertainingly vulgar riff on spelling bees, in which Bateman starred as a former champ eager to rig a competition in his adult life. With his follow-up, “The Family Fang,” Bateman tackles a more subtle blend of comedy and drama with mixed results, but plenty of tonal intrigue. His quest to become a serious filmmaker continues to show potential.

Focused on a family of performance artists whose bizarre pranks taint their offsprings’ adult lives, “Family Fang” maintains an effective degree of intellectual curiosity about the creative process. There’s a sincerity to even its trickier plot twists, not unlike the formula often found at the heart of movies co-directed by Glenn Ficarra and John Requa (“I Love You, Phillip Morris,” “Crazy Stupid Love,” “Focus” and the noble failure “Whiskey Tango Foxtrot”). Their penchant for obsessive characters driven by a blend of suave maneuvering and sincere desire is a reasonable template for Bateman’s studied approach, and that’s not a bad place to start.

In “The Family Fang,” Kevin Wilson’s 2011 novel provides the template for his own screenplay, which focuses on the legacy of parents Caleb and Camille Fang (played in flashbacks by Jason Butler Harner and Kathryn Hahn, then later by Christopher Walken and Maryann Plunkett). Their professional reputation stems from “improvised public events,” in which the pair shock unsuspecting onlookers with bizarre fictional dramas in public places. In the early days of their routine, these antics often include their children — a wonderfully mysterious opening bit finds the quartet staging a mock bank robbery involving lollypops and baffling the room — but in their later years, the schtick has lost its groove.

However, by recording their routines, the Fangs create a formal process for scrutinizing their actions, which allows them to gain traction in the art world. The fame has a troubling long-term impact on the youngest members of the Fang brood, who enter their adult lives still haunted by the past. Baxter (Bateman) is a neurotic writer who would rather waste his days away in the wilderness than deal with his past; his sister Annie (Nicole Kidman) has become a famous actress stuck with less than satisfying roles. A sudden accident forces the pair to reconvene at their parents’ house, where years of resentment bubble to the surface. 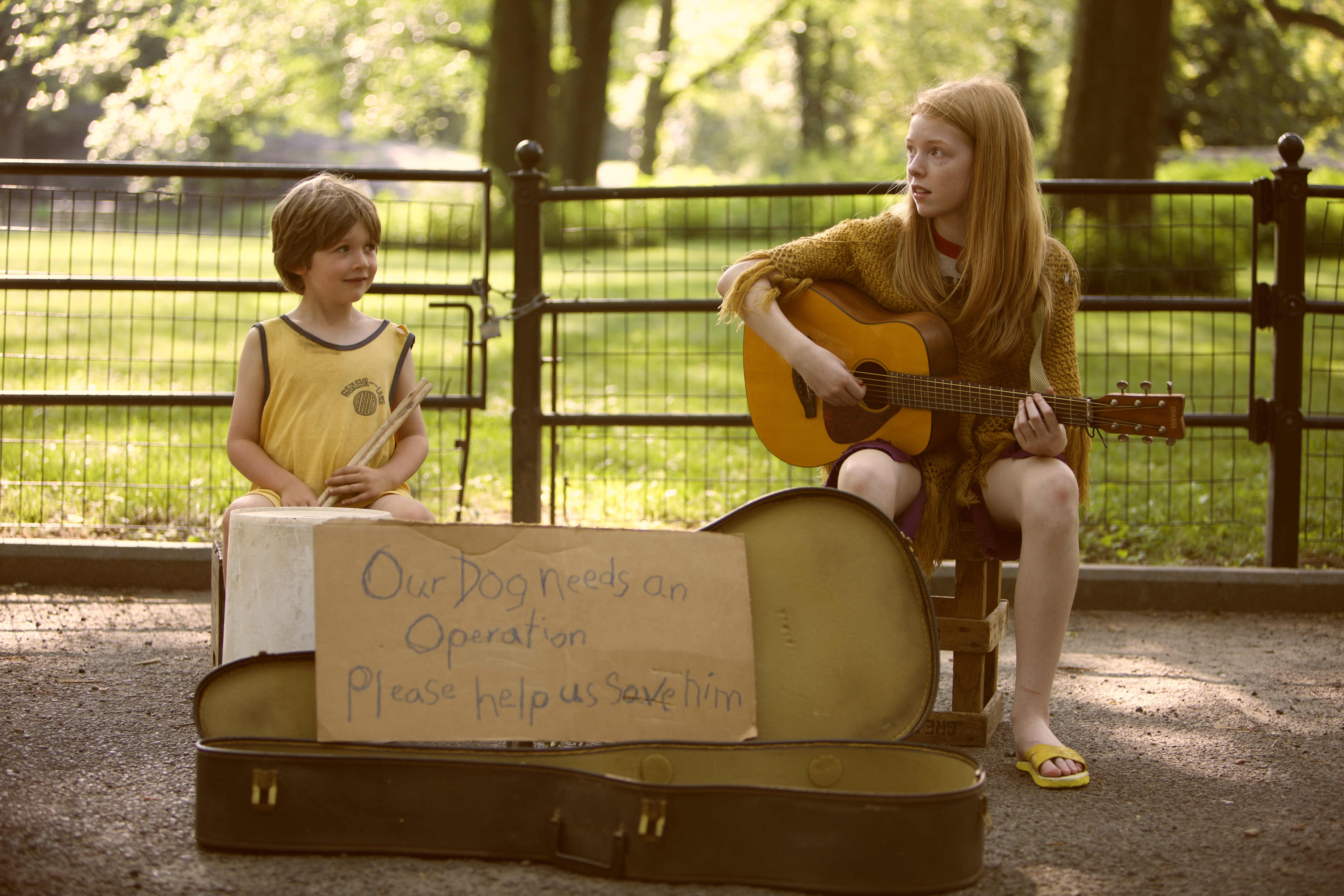 It’s at this point that “Family Fang” starts to sag into a more routine family drama, in which the grown children constantly scowl and shake their heads at their overbearing parents, who remain doggedly committed to their old ways. It just happens that these old ways are somewhat unorthodox, which leads to a Machiavellian scheme during the final hour in which the elder Fangs attempt to get their groove back — while Baxter and Annie are thrust into a Mulder/Scully dynamic, picking up the irreverent clues their parents left behind.

The offbeat dynamic of the Fang family holds less appeal than the way Bateman frames it around a keen satire of the creative obsession. Early on, a fake documentary about the Fangs’ reputation features a hilarious pair of feuding art critics, one of whom describes the Fangs as “deeply serious class clowns” asking questions about the limitations on society; his opponent relies, “just because you attach a statement to it doesn’t make it art.” While their neurotic feud has the tongue-in-cheek intellectualism worthy of Woody Allen, it’s just as effective at setting the stage for the degree to which the Fangs’ commitment to their process crosses moral lines. 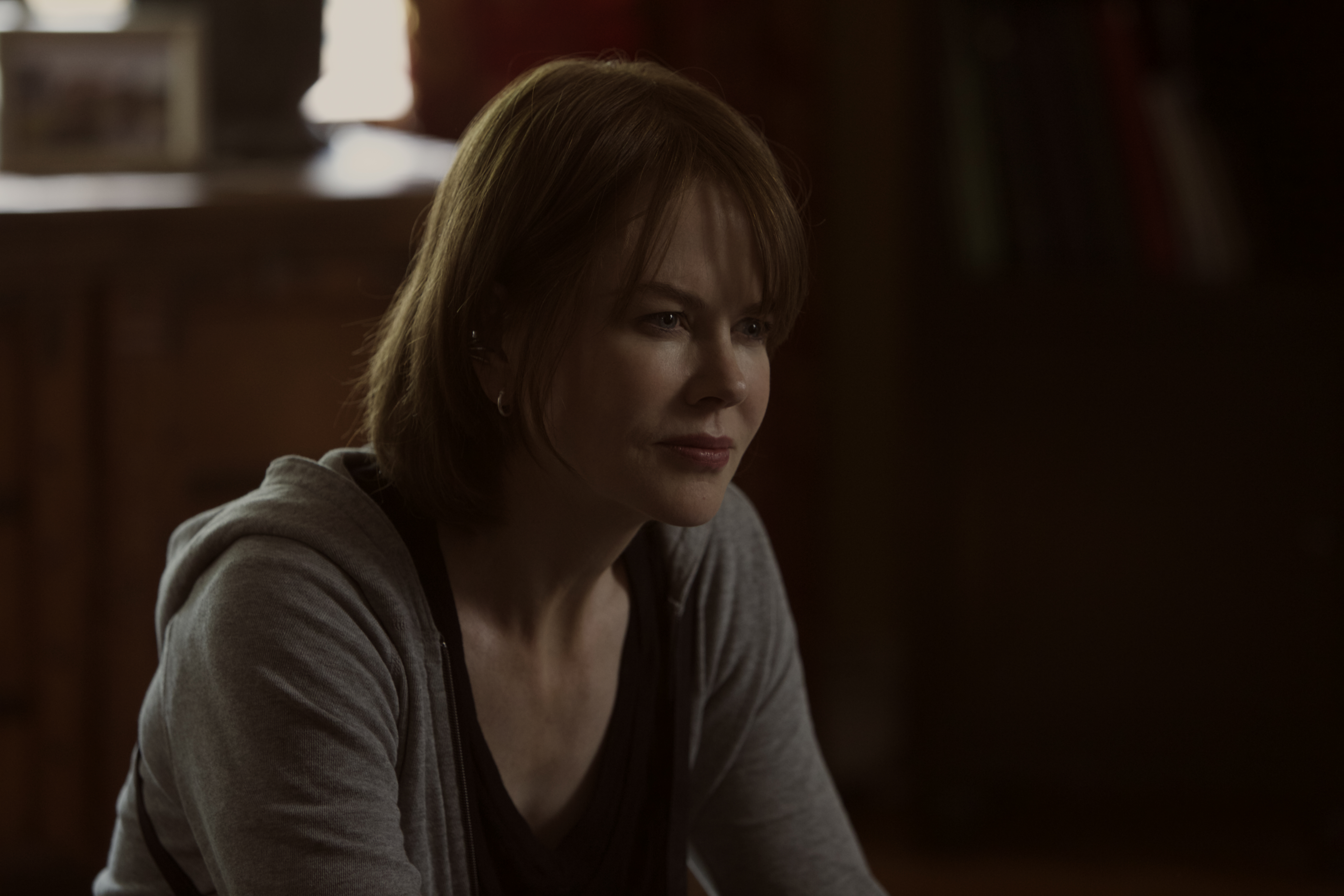 Unfortunately, Bateman never quite pulls these provocative questions together into a satisfying whole. As an actor, he holds his own opposite Kidman, who brings an anxious, driven quality to the character unlike anything she’s done in years. Their parents, on the other hand, hail from the quirkier realm of indie dramedy clichés: Plunkett’s bland, maternal performance seems out of sync with her scheming character, while Walken is just Walken, with the usual idiosyncratic cadences he tends to carry with him. This same disconnect often hobbles the narrative, which hovers on the edge of pitch-black comedy before shifting into more obvious sentimental territory, as Baxter confronts his anxieties over being a writer and Annie’s own issues just kind of settle on their own.

But Bateman’s visible attempts to elevate the story — elegant camerawork, Carter Burwell’s captivating score — give “The Family Fang” a compelling atmosphere that makes it difficult to categorize the events in play. Is this a movie designed to mess with your head or about the ethical gray zone of doing just that? Ambiguity is its best weapon, even if it’s wielded a tad too bluntly to succeed all the way. At one point, Kidman’s character expresses a frustration over “the stupid things an actor does when they’re too afraid to act,” and it would be easy to read into that statement as Bateman speaking through his own material.

“The Family Fang” is hardly that. Striving to make deep statements about life, art and family bonds, it doesn’t quite get there, but the effort is enough to leave a mark. Like the Fangs’ own strange craft, the movie’s own shortcomings speak to its themes.

“The Family Fang” opens in New York on Friday, followed by a nationwide and VOD release on May 6.

Watch the trailer for Jason Bateman’s “The Family Fang” below:

This Article is related to: Reviews and tagged Jason Bateman, Reviews, The Family Fang