'The Jungle Book' Review: Jon Favreau's Flashy Reboot is the Future of the Blockbuster 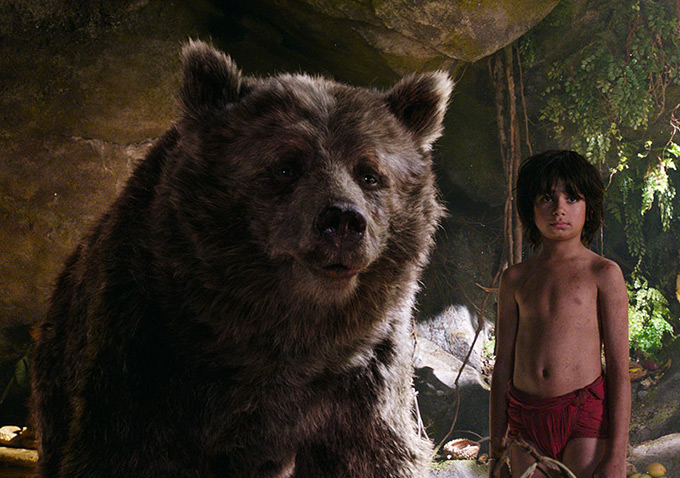 There are two songs in Jon Favreau’s snazzily updated live action version of “The Jungle Book,” each plucked from the original animated 1967 version, and both feel oddly out of place. Favreau’s effects-filled spectacle resurrects all of the beloved figures from Rudyard Kipling’s short stories with a rich visual style that has a hyperreal quality — and yet, this is a movie in which the lovably sloven bear Baloo, voiced by Bill Murray, drifts along the water with young Mowgli on his stomach while belting out a jazzy rendition of “Bare Necessity.” Time and again, “The Jungle Book” tries to have it both ways — realistic visuals, cartoonish storyline — and gets caught somewhere in the middle, with an off-kilter gravitas that fails to convince.

This is a blockbuster phenomenon unique to the post-“Avatar” age, when CGI trickery engineered to yield convincing results runs counter to the actual product. Matt Reeves’ “Dawn of the Planet of the Apes,” while often gripping for its tense action sequences, couldn’t wrestle free of its B-movie trappings. “The Jungle Book” struggles from a different challenge: So deeply reverential to its source material, it never finds its own unique groove beyond the shiny surface. As Mowgli, orphaned at youth and raised concurrently by the sagacious panther Bagheera (Ben Kingsley) and a pack of wolves, newcomer Neel Sethi’s amateurish delivery might work better in an Italian neorealist film. But in this digitized environment, when every talking critter is just a few shades away from the uncanny valley, he’s the only unpolished ingredient, out of synch with a virtual world.

Still, “The Jungle Book” offers plenty of sophisticated trickery that overwhelms its narrative shortcomings. Favreau and the ever-reliable cinematographer Bill Pope have found seemingly endless ways to explore the gorgeous jungle scenery and the complex ecosystem populating it. John Debney’s vibrant score fuses several international music traditions into a satisfying whole. And there’s no doubting the visceral sense of peril throughout, as young Mowgli swings through the treetops, at once in tune with his animal brethren and one step ahead of them.

Beyond that, the film’s two sources of danger are frightening wonders: Menacing tiger Shere Kahn (Idris Elba), who enforces Mowgli’s exile from his utopian community, has a muscular physicality and casual disdain for life that makes him one of the great movie villains in recent memory; the ginormous chimpanzee King Louie, so eager to become more like Mowgli’s mankind that he wrote a song about it, has been expertly realized as an oafish mafioso by Christopher Walken. As a window into the ability for modern special effects to generate real fear, “The Jungle Book” stands alone among studio efforts.

At the other end of the spectrum, Baloo looks exactly the lovable goofball Murray can play in his sleep, while Bagheera’s slinking maneuvers make him an ideal sensei to Mowgli’s evolving abilities. These characters may not hog the spotlight, but they maintain a soulful presence.

Despite all these compelling ingredients, the movie never coalesces into an agreeable whole, instead operating in the shadow of its predecessors. Whereas the original movie put a colorful spin on its setting, Stephen Sommers’ ill-conceived 1994 action-adventure tried to intensify the danger with grittier tone. Favreau seeks a happy medium — and occasionally latches on to it — but generally just feels like a snazzy remix of the same old routine. When Kaa the hypnotizing snake arrives for a single scene (voiced with slithery sultriness by Scarlett Johansson), her presence is preordained. Various asides featuring cute animals have a tacked-on quality, and the fiery climax offers little more than a variation on the usual perilous showdown.

But these shortcomings may themselves form a shrewd calculation. Favreau’s slick “Iron Man” was one of the best superhero hero movies produced in the modern era, largely because it managed to set in motion a vibrant universe that hordes of moviegoers would want to revisit many times over. “The Jungle Book,” which arrives in theaters with reports of a sequel already in circulation, seems to have been engineered along similar lines: It’s a delightfully-executed technological wonder, which is exactly the expectation of the moment. (Motion-capture extraordinaire Andy Serkis’ “Jungle Book Origins,” opening in 2018, further enforces this point.) In an era in which virtual reality threatens to supplant other moving images in the cultural landscape, “The Jungle Book” represents a mounting need for big-budget spectacles to create full-on immersive possibilities. “The Jungle Book” gets there in extraordinary ways. Whether or not it holds together beyond that is beside the point.

This Article is related to: Reviews and tagged Reviews, The Jungle Book