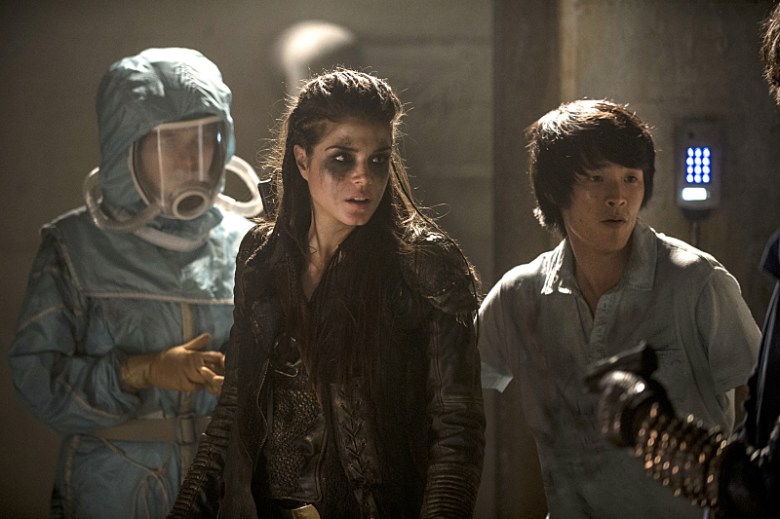 As a result of fiery reactions from rightfully disappointed fans, a group of women from the Canadian show “Saving Hope” have banded together to create the Lexa Pledge, a written promise to treat LGBTQ characters with respect, named for a lesbian character on the CW’s “The 100,” who met an untimely end.
READ MORE: BBC New Hiring Guidelines: One in Six Stars ‘Must Be Gay or Lesbian or Disabled’ by 2020
Led by “Saving Hope” writer and co-executive producer Noelle Carbone and producer Sonia Hosko, the two women have teamed up with Trevor Project fundraiser creator Gina Tass and producer/director/writer Michelle Mama. “We admit that it took us a little while to truly understand the outpouring of criticism being directed at the shows in question — series we love that have showrunners we respect,” they wrote. “But, after much discussion and much debate, we believe that every writing room can learn something from this extraordinary and revolutionary movement.”
On “The 100,” a lesbian character named Lexa was unjustifiably dropped from the show just after her relationship with the lead character, Clarke, had begun. This happened after fans had been teased with hints of the relationship all season long, both onscreen and through the show’s social media account. The fans then concluded that they had been turned into pawns in order to boost the show’s ratings, to which they responded with disappointment and anger.
Thus, the Lexa Pledge was born, a seven-part petition devised by television producers and writers in order to honor LGBT characters with meaningful storylines. The promises are as follows:
1. We will ensure that any significant or recurring LGBTQ characters we introduce, to a new or pre-existing series, will have significant storylines with meaningful arcs.
2. When creating arcs for these significant or recurring characters we will consult with sources within the LGBTQ community, like queer writers or producers on staff, or members of queer advocacy groups like GLAAD, The Trevor Project, It Gets Better, Egale, The 519, etc.
3. We recognise that the LGBTQ community is underrepresented on television and, as such, that the deaths of queer characters have deep psychosocial ramifications.
4. We refuse to kill a queer character solely to further the plot of a straight one.
5. We acknowledge that the Bury Your Gays trope is harmful to the greater LGBTQ community, especially to queer youth. As such, we will avoid making story choices that perpetuate that toxic trope.
6. We promise never to bait or mislead fans via social media or any other outlet.
7. We know there is a long road ahead of us to ensure that the queer community is properly and fairly represented on TV. We pledge to begin that journey today.
With now a total of fifteen signatures on the Lexa Pledge, including “The Catch” executive producer Sherry White and “Rookie Blue” creator Ellen Vanstone, the Lexa Pledge could be heading in the right direction.

This Article is related to: Television and tagged LGBT, Television, The 100