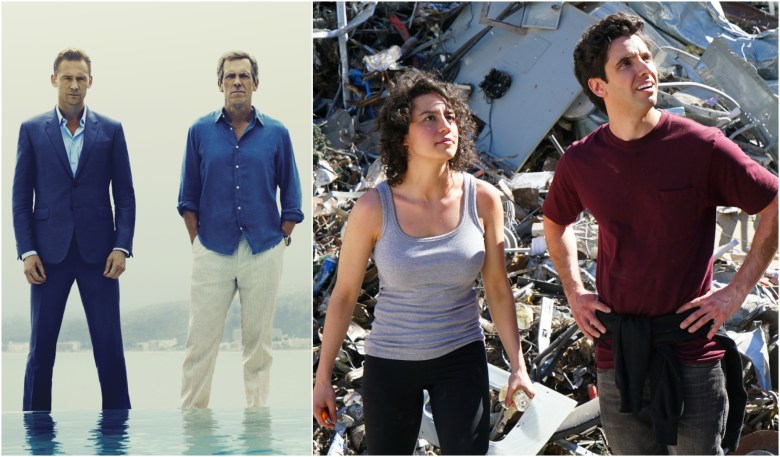 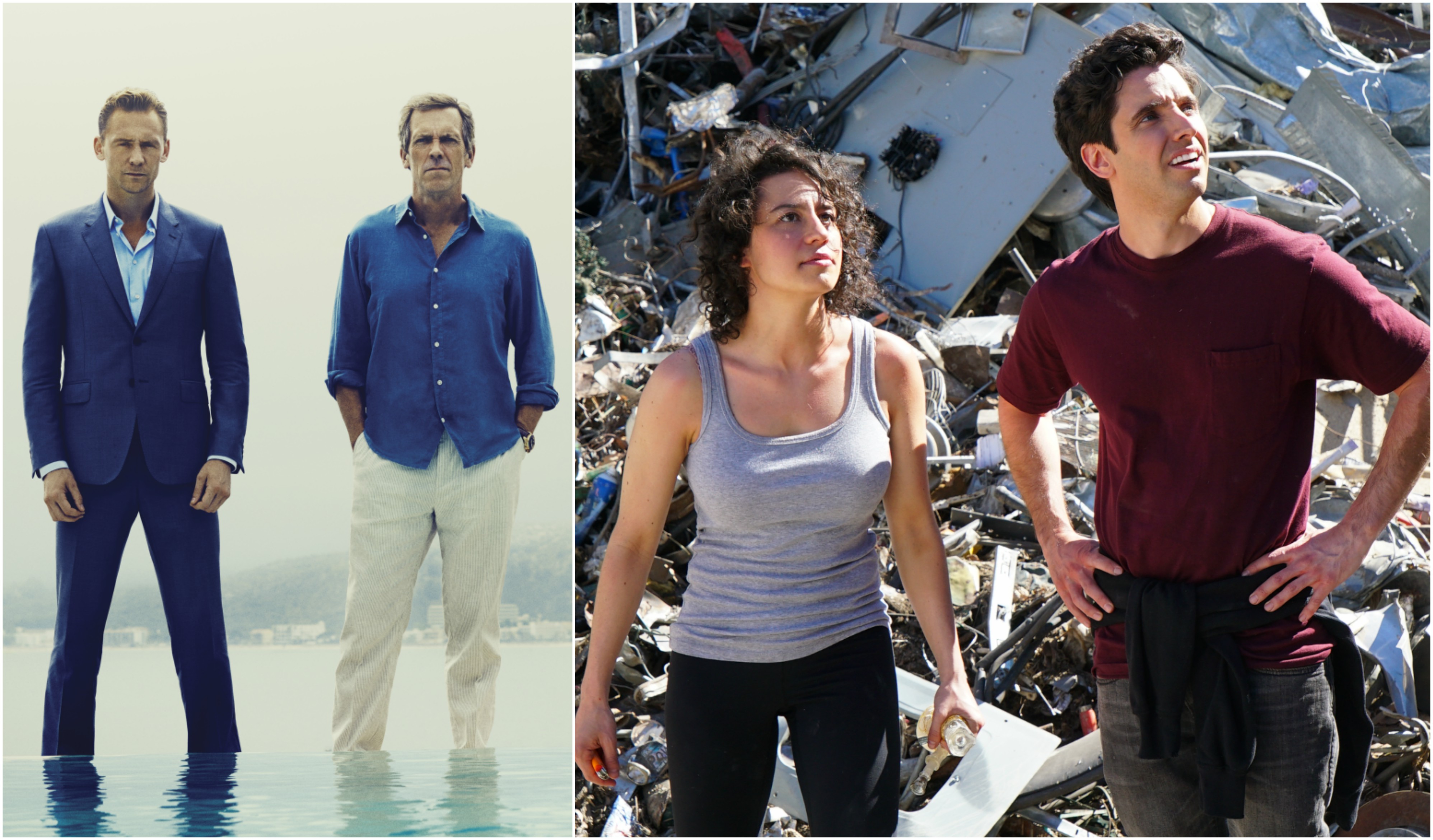 “The Night Manager — a six-hour-plus miniseries from the acclaimed novel by John le Carre — tells the story of Jonathan Pine (Tom Hiddleston), a war veteran lost in life but secure in his job as the titular night manager of various five-star hotels in exotic locales like Cairo, Italy and the Swiss Alps. But after one of his guests is murdered, Pine’s guilt over his involvement drives him to become a spy for MI6 in a desperate, courageous and extremely dangerous attempt to take down a faux-philanthropist gun runner named Richard Roper (Hugh Laurie) before Roper kills again — be it thousands or another woman close to Pine.

“Time Traveling Bong” is a movie broken into three 22-minute chunks about two cousins who get high, travel back in time and can’t get home because their bong breaks.

Between the two, to which would you give an Emmy?

The answer may seem obvious — like a waste of time, even — but, if I were lucky enough to cast a vote, I’d strongly consider siding with the time travelers. 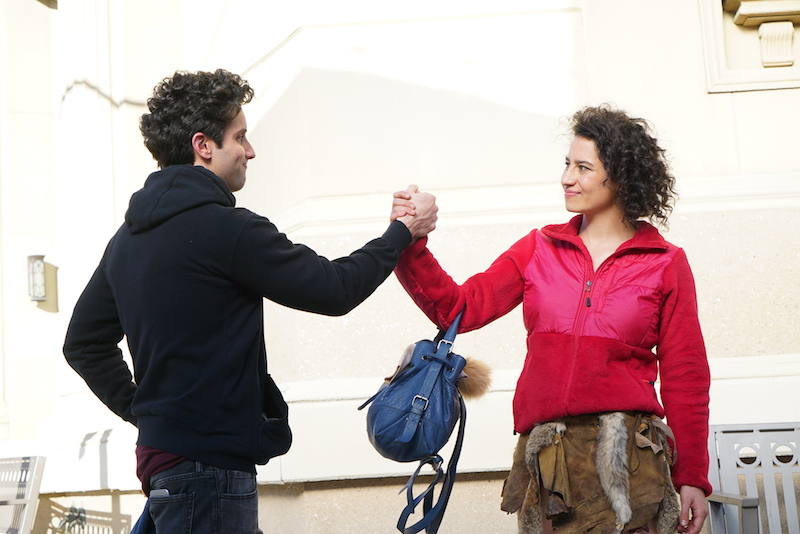 Now, before accusations of trolling start getting tossed around, let me clarify a few things. First and foremost, this battle shouldn’t even be happening. While I’m hesitant to start demanding more categories for an awards ceremony that will now be spanning three nights of television, it’s a crying shame dramas have to square off against comedies in the Limited Series and TV Movie fields. There are certainly more of the former in a given year, making it difficult to justify the existence of an Outstanding Limited Comedy Series category, but could there be a better comparison as to why this is an unfair advantage than “The Night Manager,” featuring such important, topical content and serious, textured performances, vs. “Time Traveling Bong,” featuring a lot of naked and high Ilana Glazer?

I doubt that there is, but the next step in comparing these two competing programs is why there’s an unfair advantage in the first place. Both received positive reviews, with “The Night Manager” sitting at 93 percent on RottenTomatoes.com and “Time Traveling Bong” close behind at 91. If you break it down at Metacritic, “The Night Manager” averages out to an 81 rating, and “Time Traveling Bong” dips to a 63. BUT, if you factor out David Sims’ unusually harsh review for The Atlantic — which slights the miniseries for not adequately replicating the sensation of being high through the narrative — that score jumps up to a 72 (rounding up). So, in terms of critical acclaim, they’re pretty much peers.

READ MORE: Review: ‘The Night Manager’ Perfectly Tells a Classic — Or Is It Cliche? — Story

And if you look at the number of critics who reviewed each, you can start to see the influences of genre bias. Forty-four reviews were posted for “The Night Manager,” while only 11 went up for “Time Traveling Bong.” While a number of reasons could be applied — including the names of Hiddleston and Laurie, which are a bit more popular than Glazer and Paul W. Downs — there’s a sense out there that one is more important than the other, and not just in terms of traffic for the writers’ websites. 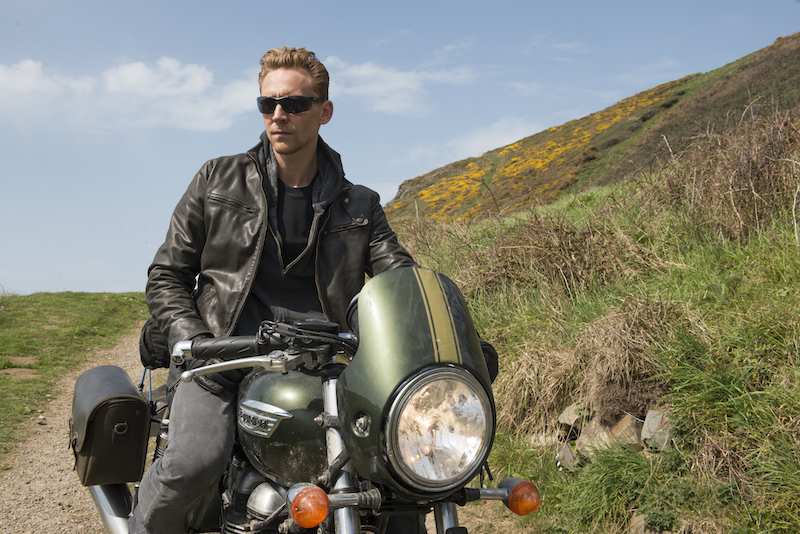 Dramas have always gotten the edge over comedies when they’re pitted against each other. You need to look no further (and I need not say more) than the 2016 Golden Globes fiasco, wherein “The Martian” was named the Best Comedy or Musical. And that’s at an awards show where the two genres are supposed to be separated! The Oscars suffer from the same bias, constantly overlooking A-grade comedies in favor of B-grade dramas simply the latter is easier to point at and say, “There. That’s why it’s important. Look at the pain and suffering!”

But — remembering that the Emmys do separate most of their categories by genre, and that the Limited Series and Movie categories had to be combined just three years ago because there weren’t enough entries — let’s move on from whether or not it’s a fair fight. Let’s pick a side.

“The Night Manager” is excellent. It’s gorgeously captured by director Suzanne Bier, and its cast could not be better. I’m rather partial to Laurie and Tom Hollander, who makes the most of every word, look and gesture incorporated into an addictive performance, but everyone will have their favorites and can back them up without reproach. The story is effectively told in 80-minute chunks (with commercials), paced properly to extract consistent tension.

But it’s also a spy story we’ve seen a dozen times before. Adulation can be given to its specific players, and I wouldn’t necessarily argue that Glazer should be taking an Emmy away from Olivia Colman (who deserves to be drowning in awards by this time next year — you know, in a good way). Yet if asked to pick a screenplay winner (a category which, by the way, is lumped in with Movies and Dramatic specials, making it even more competitive across genres), as well as Outstanding Limited Series, I’d vote “Bong.”

By recognizing the draught of stoner comedies and time traveling movies told from a woman’s perspective, this observant miniseries from two female writers (plus Downs) and a female director (Lucia Aniello, who co-wrote, as well) feels as fresh as the weed that filled their magical bong. Its imperfections are subjective, as humor so often is, but its motivation is always pure. In an ideal world, these kind of efforts would be rewarded by the TV Academy. And that’s the side I want to be on.

This fight isn’t ending anytime soon. So go ahead. Pick a miniseries. Just try not to let genre bias get in the way.

“The Night Manager” airs Tuesdays on AMC at 9pm. “Time Traveling Bong” is available on ComedyCentral.com and various On Demand platforms.