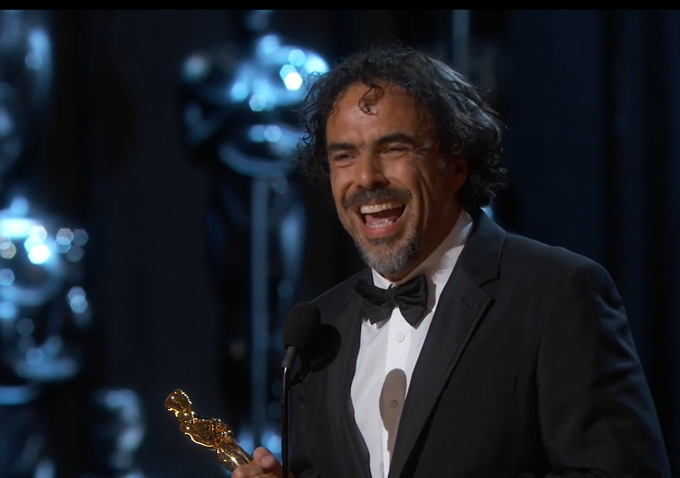 Time Magazine revealed its annual list of the 100 most influential people in the world. The latest issue holds a slew of entertainment’s top-notch actors, directors and influencers that have inspired many around the world.

Each individual is represented with essays written by close friends – who also happen to be household names. Guillermo del Toro (“Pans Labyrinth”) wrote a compelling personal letter about his dear friend: “Alejandro is the real revenant. I have seen him down and bleeding, and I have seen him strong and in control, but there is always a core within him that doesn’t surrender to adversity or despair.”

READ MORE: 15 Years Ago, Alejandro González Iñárritu Told Indiewire He Might Never Make a Movie in the U.S.

Lena Dunham also praised Julia Louis-Dreyfus for being “relevant as heck” saying: “Julia’s brand of comedy—naturalistic lunacy, sharp but never cruel—taught a whole generation of women they were allowed to change the rules and a whole bunch of men that a woman with rough edges was something to desire.”