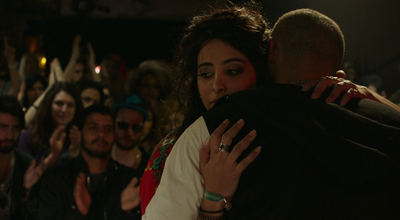 The 15th annual Tribeca Film Festival has announced its winners, with top honors going to “Dean,” “Junction 48” and “Do Not Resist.” Cash prizes totaling $155,000 were given in the following categories: US Narrative, International Narrative, World Documentary, the Albert Maysles New Documentary Director and the Nora Ephron Prize, among others. The winners were chosen from a field of 102 features and 74 shorts.

READ MORE: The 2016 Indiewire Tribeca Bible: Every Review, Interview and News Item Posted During the Festival

Writer/director Demetri Martin’s “Dean” took home the Founders Award for Best Narrative Feature, with the jury commenting that the film “manages the near impossible task of breathing new life into a well-worn genre, balancing humor and pathos with an incredibly deft touch, and offering a unique perspective on the way we process loss.” Anne Carey, James Le Gros, Chris Nashawaty, Mya Taylor and Jennifer Westfeldt served as jurors for the Narrative Competition.

Laura Poitras, Douglas Tirola and Roger Ross Williams headed the World Documentary jury, remarking of Best Documentary Feature winner “Do Not Resist” that it “shines a light on the frightening story of the militarization of the police. In an impactful way the director uses his amazing access to look at power and force from the inside.”

Best Documentary Feature: “Do Not Resist”

Audience Award-winners will be announced on April 23. Screenings of the award-winning films will take place on April 24, the last day of the festival.

For more from Tribeca, watch the “Southwest of Salem” trailer:

This Article is related to: News and tagged Dean, Tribeca Film Festival