Tribeca: Idina Menzel Remembers the Legacy of 'Rent' and Looks to the Future of 'Wicked' 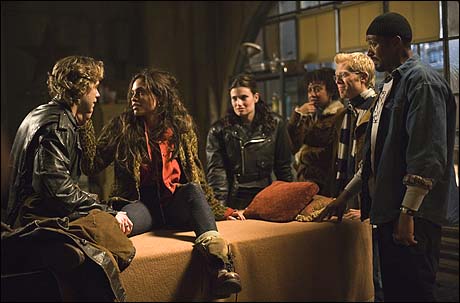 Idina Menzel has been the driving force behind some of musical theater’s biggest phenomenons of recent years, including one of Broadway’s longest-running modern shows, the “Wizard of Oz” prequel “Wicked,” and Disney’s own smash hit feature “Frozen,” for which she provided key voice talent. Menzel is a household name at this point, a rare feat for an actress who mainly keeps her talent to the stage. Through her music and talent, she has inspired many young women and aspiring actors to feel empowered and confident in their abilities.

At this year’s Tribeca Film Festival, Menzel appeared as part of their popular Tribeca Talks series – now expanded beyond directors to talent involved in film and entertainment at all levels as part of their newly minted “Storytellers” section – alongside Broadway producer Marc Platt, who interviewed Menzel about some of the many highlights of her illustrious career. We’ve compiled some of the high points from the discussion, which you can read below:

“I saw ‘Dreamgirls’ and it changed my life,” Menzel told the room early on. “I would sing those songs for years, only to eventually realize I could never be in ‘Dreamgirls.'” The room erupted into laughter at this point, a recurring theme throughout the afternoon.

Menzel also referenced Barbra Streisand as one of her earliest vocal influences, citing the 1976 version of “A Star is Born” as one of her childhood favorites. Yet, she still says she was always drawn most towards theater. “My dad worked at a pajama store in the garment district,” she said. “And one day my mom took us into the city, in our PJs to see ‘Peter Pan.’ That was my first Broadway experience. I still don’t know why she made us wear PJs, maybe so we could sleep on the car ride home.”

“I was singing at weddings and bar mitzvahs to pay rent when my boyfriend secretly faxed my resume over to the folks at ‘Rent,'” Menzel remembered. She referred back to her early years throughout the talk, calling it a “valuable experience,” one that taught her how learn songs on the fly as well as one that made her humble. It taught her to perform when “no one cares or is watching you,” which soon landed her the role of Maureen in “Rent.”

Menzel got intimate with the audience while discussing her memories of the show. She touched upon performing after the death of writer Jonathan Larson  – appreciating the audience’s assistance when she forgot the word “posthumous” – and how that changed the show: “For his friends and family, it became a process of healing through us.” 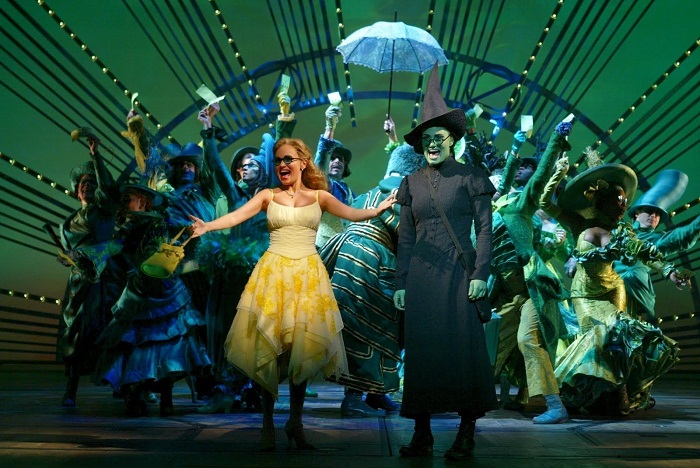 On Cultural Phenomena and a “Wicked” Movie

Platt made a note of mentioning that Menzel had been a part of three separate pieces of cultural phenomena, with “Rent” and “Wicked” on Broadway and, most recently, with the animated bonanza that was “Frozen.” Menzel was humble, acknowledging it was amazing, but recognizing that “each one was in a different decade. So it wasn’t one after another, they were peaks in between down years of my career.”

On the topic of “Wicked,” which Platt produced, Menzel joked that she “may be too old” to reprise her role in the movie version, set to be directed by Joe Mantello. “Unless he CGI’s it,” she added, “and he knows how I feel about that – I really want him to do that.”

READ MORE: Tribeca: ‘Six Feet Under’ Creator Alan Ball Reveals Just How Personal the HBO Drama Was For Him

Film and TV, Advice from Lea Michele and the Oscars

On film, Menzel is best known for Disney’s hit “Frozen” – as was evident when she accidentally uttered the phrase “you’ve got to let it go” during the talk and the audience erupted. She has taken on some smaller big screen roles in “Enchanted” and “Ask The Dust,” but is most well known in the TV community for her role as Lea Michele’s character’s mother on “Glee.”

“I’m still learning,” Menzel said in reference to being on screen. “Lea Michele taught me a lot.” One of her biggest adjustments to make from stage to screen was lip synching while singing. “How big is my face? She didn’t move her mouth that much but it looks real on the camera.””

Menzel’s biggest TV moment may just have been her performance at the Oscars, where John Travolta tragically mispronounced her name. “I was like what the fuck did he just say?,” Menzel said. “And then immediately after, I had to say, ‘Get over yourself, just sing. Meryl Streep is here.” 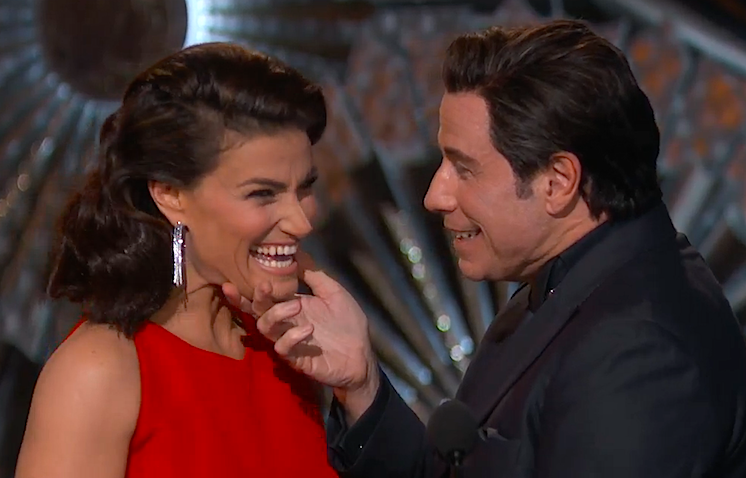 “A lot of people can smoke a J and get up there and sing, but I just can’t,” Menzel joked when asked about her process. She requires preparation for a role, sometimes two months or more with her vocal coach, who luckily she loves spending time with. Which is not to say she is unprepared for the unforeseen because, like all great vocalists, Menzel has a strategy. “I always have an A show, a B show and a C show,” she said, each of which have different variations of songs, in case her voice is not feeling up to hitting all the highest notes, she guarantees herself the ability to still impress.

The talk ended with Platt asking Menzel for general advice. “We want so desperately to fit in,” she responded, “but so often the people who change the world have something different about them.”