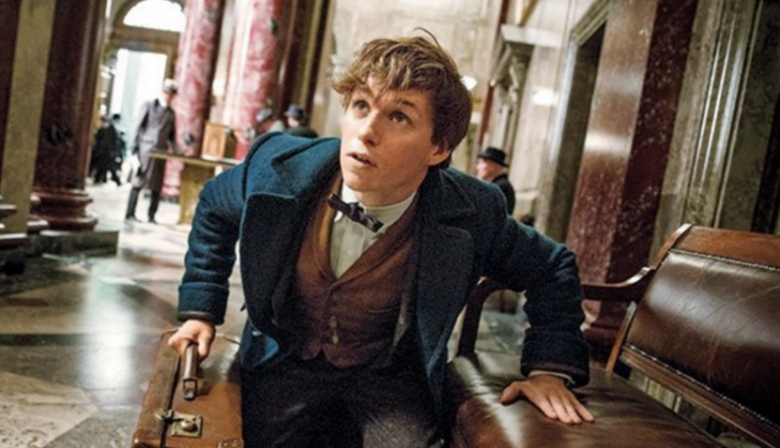 After two Oscar nominations (and one win) for Best Actor, Eddie Redmayne is ready to take over Hollywood by starring in his own global blockbuster, and there’s no better place to start than with a spinoff of one of the most successful film franchises of all time: the “Harry Potter” series. Last night at the MTV Movie Awards, Redmayne presented the brand-new trailer for the upcoming fantasy film “Fantastic Beasts and Where to Find Them,” set to be released on November 18th.

READ MORE: Eddie Redmayne Talks Backlash, Trans Representation, and the Power of the Male Gaze in ‘The Danish Girl’

Directed by David Yates (“Harry Potter and the Deathly Hallows,” and the upcoming “The Legend of Tarzan”) and written by J.K. Rowling of “Harry Potter” fame, “Fantastic Beasts” follows the adventures of Newt Scamander (Redmayne) as he arrives at the Magical Congress of the United States of America in New York for an important meeting, with a magical briefcase containing a host of dangerous creatures. After the creatures accidentally escape, it’s up to Scamander to try to get them back before the wizarding authorities catch him, and before Wizard/Muggle relations become any more strained as a result of potential catastrophe. “Fantastic Beasts” also contains performances from Katherine Waterston (“Inherent Vice”), Alison Sudol (“Transparent”), Dan Fogler (“Kung Fu Panda”), and Colin Farrell (“In Bruges”).

READ MORE: Eddie Redmayne Talks ‘The Theory of Everything’

This Article is related to: News and tagged David Yates, Eddie Redmayne, Fantastic Beasts And Where To Find Them