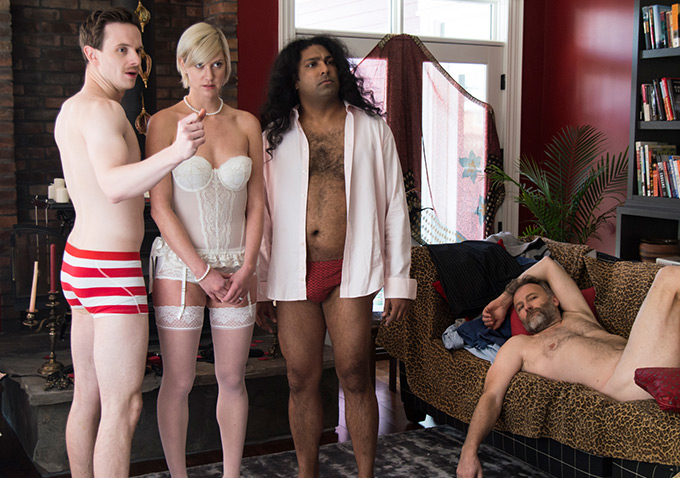 When disgruntled sex columnist Cassie Cranston (Jewel Staite) comes back to her aptly-named hometown Beaver Ridge to bury her ill-tempered, successful and judgmental mother, she is not so much bereaved as annoyed. After receiving (and spending) a large advance from a book publisher that promises to turn her (fictionalized) sexual romps into a book-length string of essays, she was relying on her inheritance as a means of paying the advance back. Things don’t go as planned, and Cassie is forced to prove to her small-town acquaintances that she is indeed the big-city sex expert that she so often claims to be in her column.