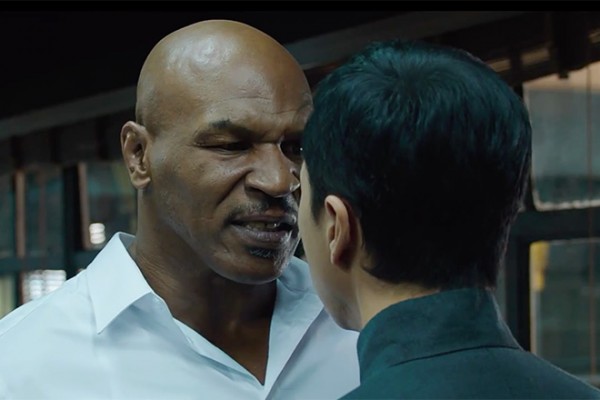 Mike Tyson has been a guest star in comedies like “The Hangover,” and has been the subject of documentaries and video games, but now the legendary boxer is finally getting his chance to be an action star with the release of “Ip Man 3,” the third film in the “Ip Man” series based on the life of the Wing Chun grandmaster Yip Man. For those eager to catch a glimpse of Tyson, Indiewire has an exclusive behind-the-scenes training clip for you to enjoy.

The clip features stars Donnie Yen and Tyson training their minds and bodies for filming. The video crams in interviews with Yip Man, Yen, and even “Iron Mike” himself, superimposed over some cool training montages. Tyson talks about how “Ip Man 3” is his first action role and his experience taking cues from watching and working with Yen. Everyone seems excited for this collaboration of minds and fists.

“Ip Man 3” was released in Hong Kong on December 24, 2015 and was followed by a limited release in the United States on January 22nd of this year. It was released on Blu-ray and DVD on April 19th.