Who Directed 'Lemonade'? The 7 Filmmakers Behind Beyoncé's Visual Album 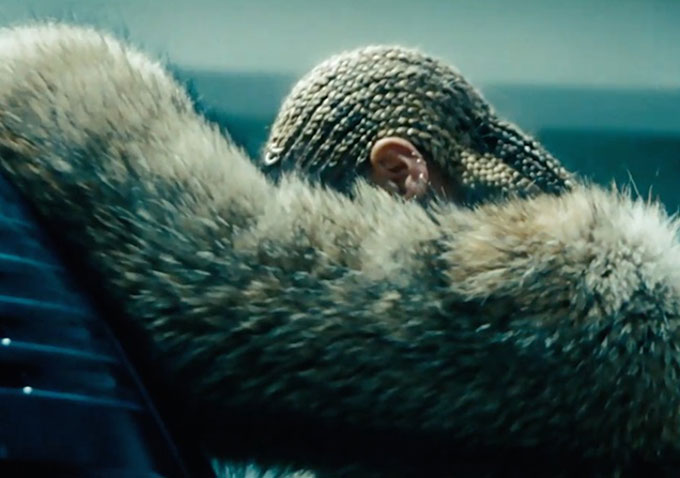 Beyoncé is many things: Musician, icon, activist, feminist, reigning queen of the universe, one-time Austin Powers sidekick… the list goes on. But only upon the release of “Lemonade,” a visual album that was unveiled in conjunction with a 57-minute film of the same name, did it become clear that she’s also a bonafide auteur. Rallying a half-dozen filmmakers around her vision, Beyoncé has enlisted a diverse coterie of artists to join her in creating a coherent cinematic expression of her new music and help galvanize “Lemonade” as an epic testament to the triumphs and tribulations of black women in America.

Not a simple anthology, in which one director’s work is followed by the next, “Lemonade” is more like a mega-sized music video, in which several different cinematic modes are intercut in order to serve an overarching idea. Discrete segments are connected by interstitial passages in which Beyoncé can be heard reading excerpts from the poems of Warsan Shire. At times expressionistic, at others uncomfortably intimate, the film embraces the unique perspectives and idiosyncrasies that its various directors bring to the table, but bends them in service of a single experience that’s far greater than the sum of its parts.

It’s hard to tell where one director stops and another begins, and the film’s credits don’t bother to spell it out. Nor should they — as helpful as that might have been, “Lemonade” isn’t an anthology, it’s a chorus meant to harmonize with a single voice. On the other hand, Beyoncé has a history of graciously highlighting the work of other artists, and she’s gathered a truly electrifying collection of talent around her for this project (both behind and in front of the camera).

From music video legends to recent discoveries whose careers are being forged in the time it takes you to watch their work, Beyoncé has hired these people to do what they do best, and their contributions are worth celebrating. These are the seven directors responsible for “Lemonade,” along with our best guesses as to what they contributed to the film. 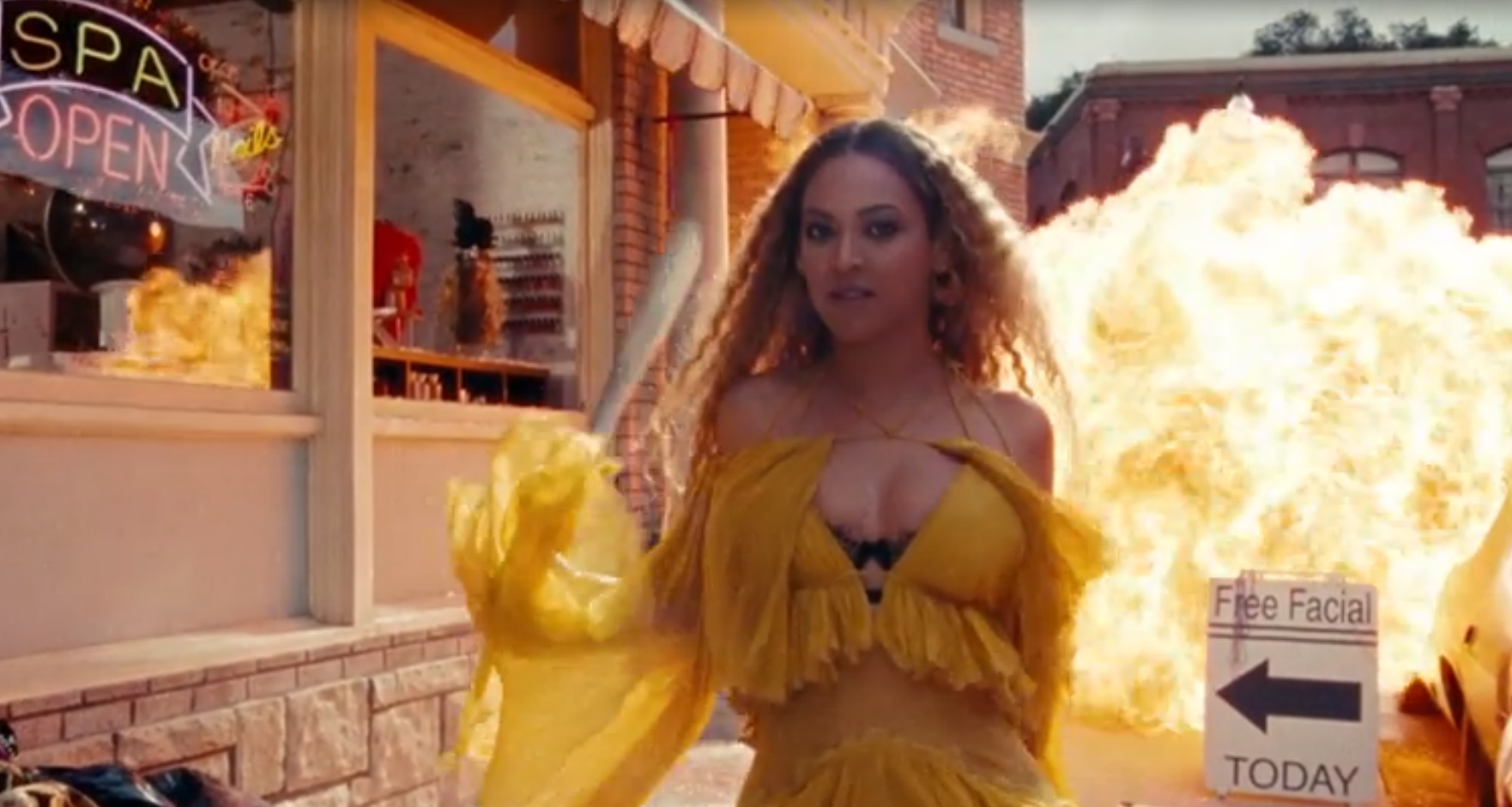 You may not know Jonas Åkerlund by name, but you’re certainly familiar with his work. A staple of the music video world ever since his work on Madonna’s “Ray of Light” won a Grammy back in 1999, the Swedish director has since collaborated with everyone from Lady Gaga to Paul McCartney (and even to Rammstein, for good measure). Musicians know what they’re going to get when they hire Åkerlund — known for the glossy, lurid, and often hyper-active style that has defined his sporadic forays into feature-length filmmaking (“Spun”), his videos tend to look like they’ve been shot through a highly saturated Instagram filter and edited by a crank addict.

Åkerlund previously collaborated with Beyoncé on the video for 2014’s “Haunted,” and though it’s hard to say for sure, the pyrotechnics alone make it a pretty safe bet that he was behind the camera for the “Hold Up” portion of “Lemonade” (although Todd Tourso, discussed below, previously established fire as a major motif in the videos that accompanied Beyoncé’s self-titled 2013 album). Not only does this stretch of the film cleave the closest to traditional music video iconography — it almost looks as though it were shot on a backlot — the vibrancy of Beyoncé’s gold dress and the anarchic destruction she visits upon the cars windows and fire hydrants both fit well within Åkerlund’s comfort zone.

Beyoncé has previously co-directed many of her own music videos. “7/11” remains the only clip for which she reserved sole credit, and the amusingly slapdash feel of that piece — which features she and her friends dancing on the balcony of a hotel suite, and looks as though it were shot on an iPhone — isn’t a huge help when dusting for her fingerprints here. Odds are that Queen B had a hand in every part of “Lemonade,” effectively co-directing the entire thing. 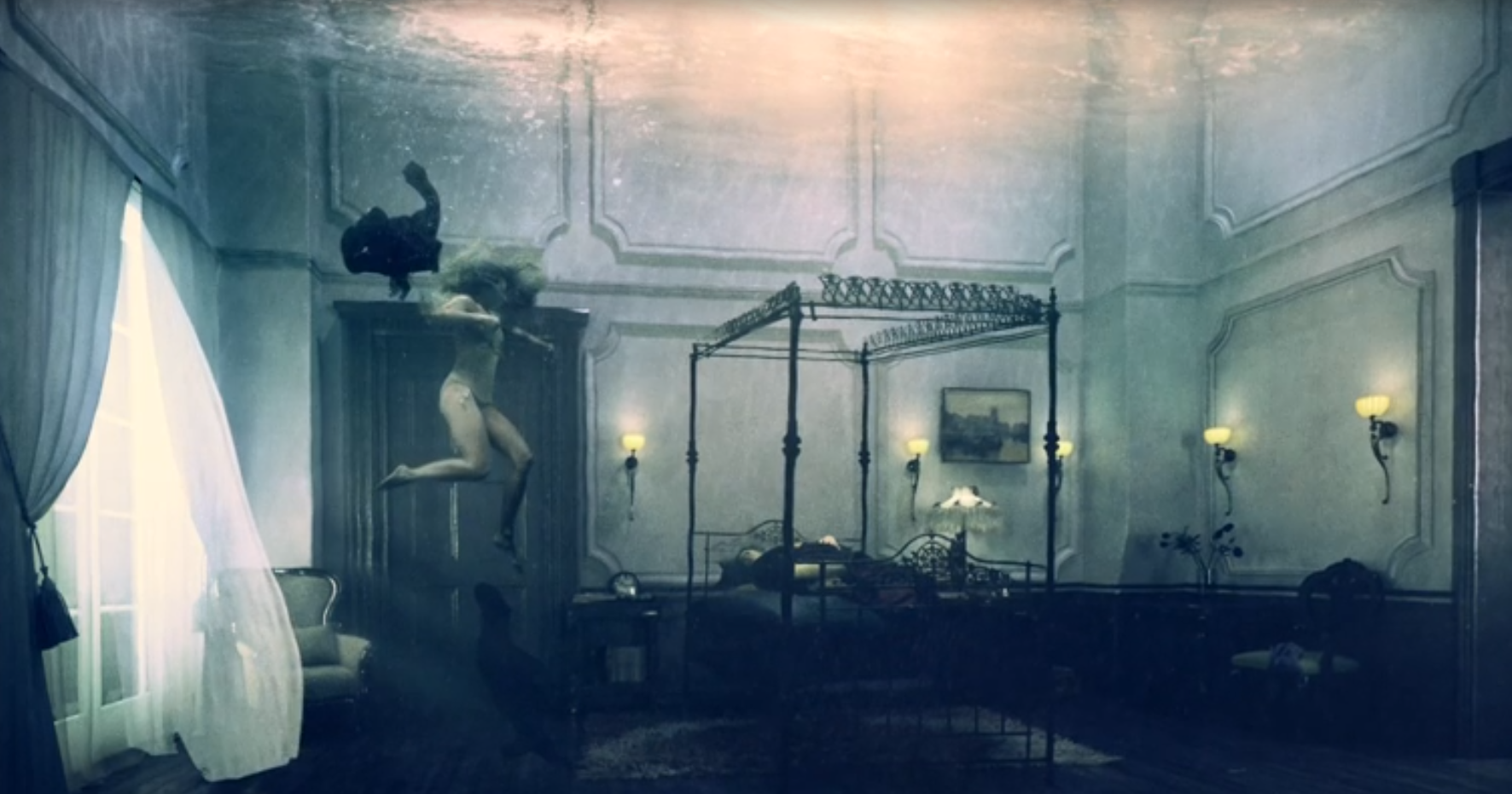 Kahlil Joseph’s rise to the top has been so fast that the internet hasn’t had time to catch up him. It isn’t uncommon for an artist to keep their personal life private, nor does it seem like an affect of his brand (he’s a very candid interview), but the high-profile nature of Joseph’s collaborations with the likes of Kendrick Lamar and FKA Twigs makes him something of an anomaly in a world where most emerging artists tend to promote themselves however possible.

Maybe he gets his penchant for privacy from Terrence Malick, for whom he shot b-roll on “To the Wonder.” And yeah, when people reflexively cite Malick as an influence on “Lemonade,” Joseph is one of the big reasons why (Beyoncé’s voiceover narration, in which she reads excerpts from the poems of Warsan Shire, being the other). His most famous videos have adopted the probing quality of Malick’s recent films and repurposed it as a window into the housing projects of inner-city Los Angeles, less interested in revealing a documentary reality than they are a more ineffable sense of truth. As much as anyone else, Joseph has shown what that aesthetic can achieve when untethered from the soul-searching anguish of Christian theology.

His clip for Flying Lotus’ “Until the Quiet Comes” memorably began with an enchanted snatch of underwater footage, and Beyoncé must have liked what she saw, as the “Pray You Catch Me” portions of “Lemonade” are highlighted by mesmerizing shots of Beyoncé submerged in a sunken bedroom and reflecting on her self-image — reflecting on how her voice has been swallowed while amplifying Shire’s feeling that black women are instructed to feel “less awake.” As informed by Gregory Crewdson or “Night of the Hunter” as it is Terrence Malick, the sequence conveys a loss of agency, and establishes what Beyoncé fights to reclaim during the 52 minutes that follow. If Joseph isn’t directly responsible for this passage, somebody owes him an explanation. 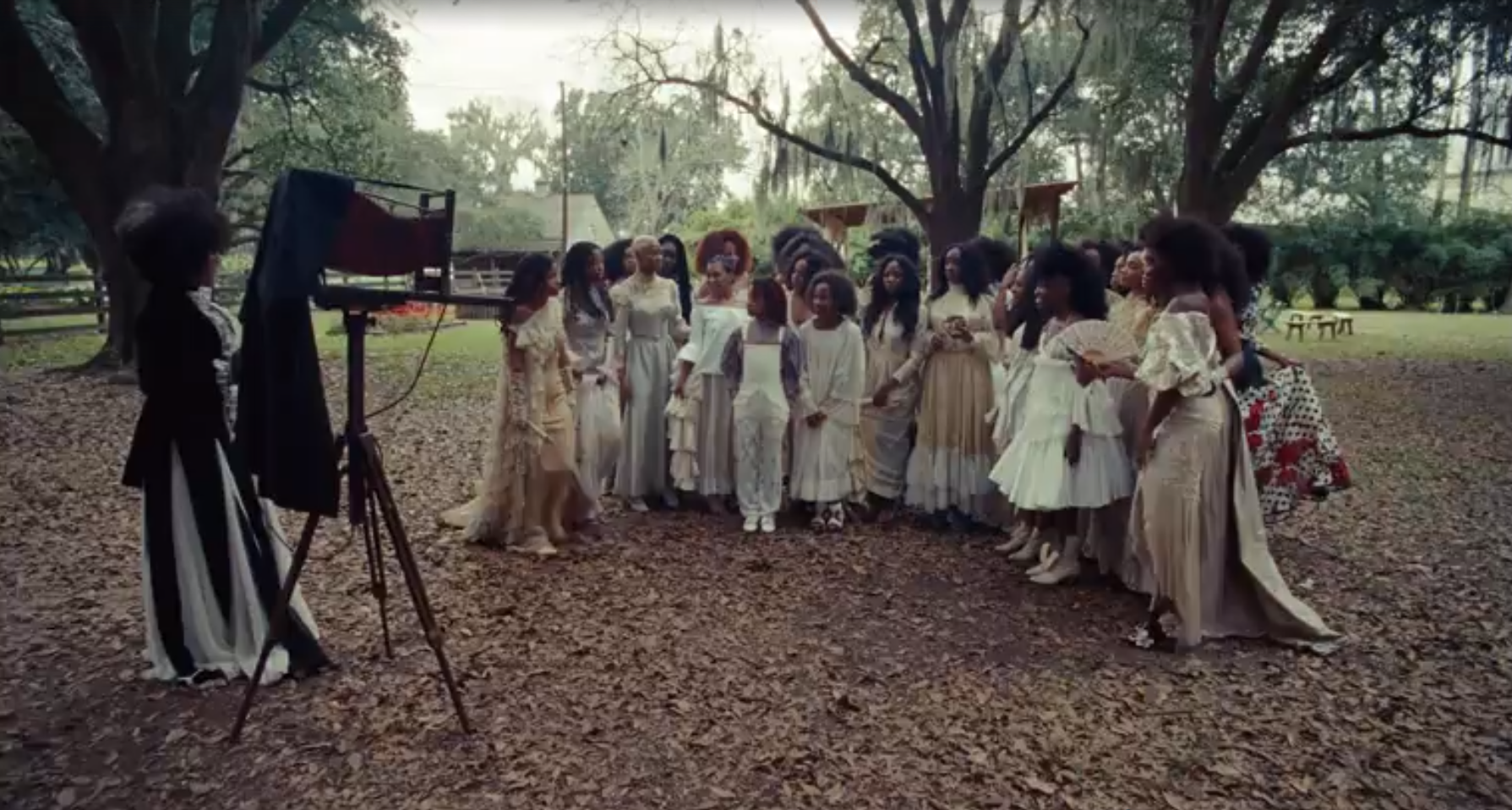 Thirty-year-old NYU/AFI grad Melina Matsoukas has been working with Beyoncé since she directed the video for “Green Light” back in 2007 (and collaborating on videos for the likes of Snoop, Wyclef, and Katy Perry all the while), but things tend to change when you drop a bombshell like “Formation.” The aesthetic ferocity with which that video spoke to the experience of black Americans (black American women, in particular) announced Matsoukas as a filmmaker with a rare gift for channeling collective rage into personal catharsis and vice-versa.

It’s hard to put a finger on exactly which sections of “Lemonade” she directed, though much of the interstitial footage is touched with the same Southern gothic flavor that ran through “Formation” (which used Los Angeles as a stand-in for New Orleans). On the other hand, the film’s “Freedom” sequence is — at least upon first blush — perhaps the most concentrated evidence of her involvement. An exuberantly confrontational chapter, its reliance on dutch angles and its flair for using dance as an expression of defiance seem to bear the hallmarks of Matsoukas’ work. Moreover, “Formation” showed that Matsoukas knows how to unite wildly different aesthetics into a coherent whole, and few other parts of “Lemonade” so comfortably flit between different modes, moving from reflection to direct address without a hitch.

Impressed by his work on some of Ralph Lauren’s campaigns, Beyoncé and Jay-Z took a chance when they hired New York-based visual artist Dikayl Rimmasch to contribute a video as part of their “On the Run” tour. Their gamble paid off: The musicians were so enamored by “Bang Bang,” the French New Wave-inspired short film that resulted from their collaboration with Rimmasch, that it inspired the look of their entire tour. It had been commissioned as window dressing, and ended up being the rosetta stone.

Also a credited cinematographer on “Lemonade,” Rimmasch has a flair for taking Les Blank’s instinctive, catch-as-catch-can approach and repurposing it towards strikingly vibrant works of advertorial fiction. His fingerprints are all over this film, though it’s only possible to pinpoint his particular contributions through a process of elimination. So much of “Lemonade” is posed and direct, but Rimmasch can probably be seen in the connective tissue that holds the tableaux together. It also wouldn’t come as much of a surprise to learn that he was responsible for “Sorry,” which is shot in the filmmaker’s preferred black and white and probes the painted faces of Beyoncé’s dancers like the camera isn’t exactly sure what it’s going to find.

Mark Romanek was a legend in the music video world long before he recommitted himself to feature filmmaking with 2002’s “One Hour Photo” (which was followed by 2012’s “Never Let Me Go” and approximately 9,300 aborted other projects). Once known for the industrial griminess that helped his video for Nine Inch Nails’ “Closer” become one of the signature clips of the ’90s, Romanek has since made suppleness his signature quality. His work on Taylor Swift’s “Shake it Off” and Jay-Z’s “Picasso Baby” illustrate the grace with which he can ground even the most rambunctious imagery, and that consistency makes his contribution to “Lemonade” easy to spot. Fortunately, cinematographer Reed Morano (fast becoming a major cinematic force in her own right) eliminated any guesswork by tweeting a few screen grabs from the film’s “Sandcastles” segment.

The quietest and most intimate episode of the film, “Sandcastles” finds Beyoncé doubling down on Romanek’s penchant for stillness. Harkening back to the palpable sense of impermanence that he captured in his legendary video for Johnny Cash’s “Hurt,” Romanek intercuts footage of Beyoncé singing on the floor of an empty room with shots of wilting flowers and broken watches. She croons about the instability of promises as Jay-Z nuzzles her neck, the light so soft that it seems on the verge of breaking. After 40 minutes of scorched earth, “Sandcastles” is a reassuringly tender interlude, as well as a resonant reminder that relationships are either watered or washed away.

Todd Tourso is something of an outlier among the circle of directors who were involved in making “Lemonade,” as he wasn’t invited to the project based on the strength of his previous film work. In fact, he doesn’t really have that much previous film work. Tourso is Beyoncé’s creative director, a remarkably multi-faceted job that plays on every part of his background in illustration and graphic design. And while he’s credited as the director of Beyoncé’s “Heaven” video, his (significant) contributions to her body of work are all but impossible to isolate. That’s especially true when it comes to “Lemonade.” Maybe he was behind the camera on “Love Drought?” Maybe he shot one of the bits that this piece has attributed to somebody else? At the end of the day, it doesn’t really matter — this guy has been there every step of the way.

“Lemonade” is now available for purchase on Tidal.

This Article is related to: Features and tagged Beyoncé, Lemonade, Mark Romanek