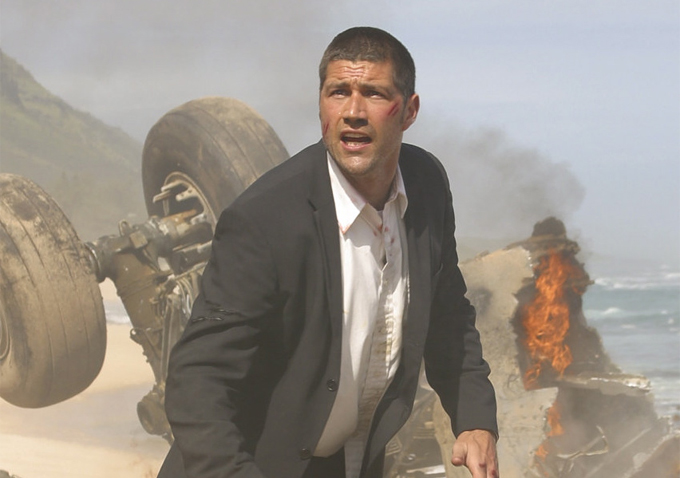 I don’t think this is what Jack had in mind when he screamed to Kate that “We have to go back!” TBS has premiered the first trailer for “Wrecked,” a desert-island comedy that looks mysteriously similar to “Lost.” Rhys Darby, Zach Cregger, Jessica Lowe, Asif Ali, Ally Maki, Will Greenberg, Brooke Dillman, Ginger Gonzaga and Brian Sacca are all in the ensemble cast; no word yet on whether any of them are Others.

READ MORE: How ‘Lost,’ ‘The Wire’ and ‘Battlestar Galactica’ Paved The Way for USA’s ‘Colony’

The 30-second clip, which parodies the opening sequence from the pilot of “Lost” — once the most expensive ever made, with a price tag estimated between $10 and $14 million — shows the survivors of a plane crash running around the wreckage in chaos. One man fires a gun into the air, another screams while cloaked in flames, a woman carries the dead body of a hog onto the sand…and a dead body falls from the sky.

READ MORE: Do You Find ‘The Leftovers’ Hard to Watch? Damon Lindelof and Tom Perrotta Know Why

“Lost” was as controversial as it was successful, with fans and detractors alike going back and forth on how much of it was planned in advance as opposed to written on the fly. Its series finale in particular has become a flashpoint of debate, despite clearly being the best, most moving episode of its kind ever. (Désolé, haters.) This show’s very existence shows that the series created by J.J. Abrams continues to resonate. The first two episodes of “Wrecked” will premiere on TBS on Tuesday, June 14.

This Article is related to: News and tagged Lost, TBS, Wrecked