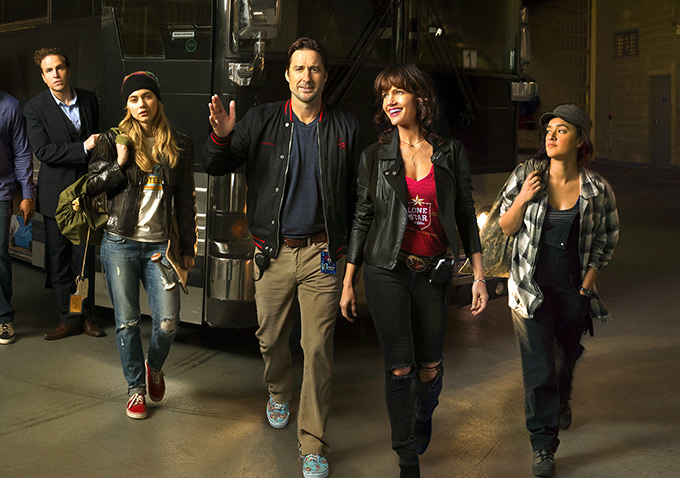 The TV season used to be a lot like the school year. Everyone would show up in early September and work their butts off until May (with a nice little break in the middle for the holidays). Then the glorious summer months, filled with fireworks, fireflies and bonfires, left everyone to enjoy themselves with other activities. Few new shows would air, and those that did were considered second-tier options unlikely to last as long as the latest heat wave.

But that was before peak TV. Now we live in a world where new shows are constantly creeping up. Everyone is fighting for a position at your dinner table, and they don’t care if you’d rather go enjoy the long days and warm nights — there’s TV to watch. Take your tablet to the picnic, and shut up.

Fret not, dear readers. Indiewire is here to sort through the summer trash and find the few gems you need to keep an eye on. After all, there are rainy days and summer sicknesses — perfectly valid excuses to remain indoors with your Roku and the A/C blasting. So take a listen to the above Very Good TV Podcast to hear what Indiewire TV Editor Liz Shannon Miller and TV Critic Ben Travers pick as their most anticipated new series of the summer. Hint: They are a diverse bunch.

Don’t forget to subscribe via Soundcloud or iTunes, and follow Indiewire on Twitter and Facebook for all your pertinent TV news. Check out Liz and Ben’s Twitter feeds for more, more, more. Plus, don’t forget to listen to Indiewire’s other podcasts: Screen Talk with Eric Kohn and Anne Thompson, as well as Indiewire Influencers, hosted by Editor-in-Chief Dana Harris and featuring various guests relevant to anyone tracking independent film or the entertainment industry in general.

Related Articles and News:
– Wondering what’s up with all those actors leaving high-rated TV shows? Just remember: It may not be the writer’s fault.

– Have you been keeping up with “The Night Manager”? Even if you answered, “no,” Anne Thompson spoke with Tom Hiddleston, and there’s video. So you’re going to want to watch.

– “The Good Wife” series finale has come and gone. Liz reports on the good and bad of it.

– “Game of Thrones” seems to be headed in the wrong direction. Our critics panel wasn’t too fond of Episode 3.

A trailer for just one of the shows mentioned above…