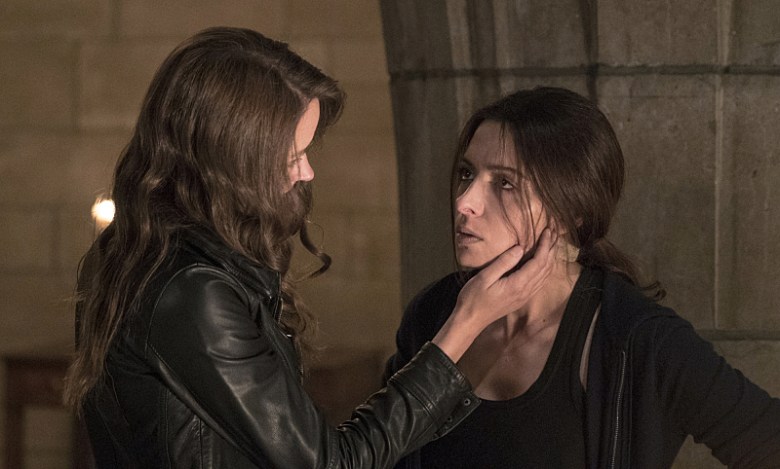 [Spoilers through the “Person of Interest” Season 4 finale follow.]

Nearly a year after Finch, Reese and Root fled the wreckage of a lost battle with the evil AI Samaritan, “Person of Interest” finally returns for one last fight. Though the show wasn’t officially cancelled until March, Nolan and his team made sure that the Season 5 finale could serve as the show’s last.

Last year’s finale ended on a grim note as Finch rushed to take his Machine offline before Samaritan could destroy it completely. This season tasks Finch and Root with rebuilding and reprogramming what could be the only hope against Samaritan and an inevitable Judgement Day — probably much worse than “the Correction” we saw last year.

Highlights from the Season 5 trailer include a gun-toting Finch and a pretty intense encounter between Root and Shaw. While producers have guaranteed that Bear the dog makes it out all right, before the show premieres one last time, here are a few other things “Person of Interest” should include to ensure a proper farewell.

“Person of Interest” has given viewers more than a year to speculate over the circumstances of Shaw’s imprisonment, and there have been hints that she won’t be quite the same when she returns to Root and the team. Hopefully that plotline resolves itself with enough time to see Root and Shaw have a little fun together before the final curtain draws to a close.

The days of snarky banter and flirtatious threats of violence seem long behind us. Shaw’s downfall in “If-Then-Else” aired way back in January of 2015, and Root’s increasingly desperate search to get her back has only amplified the absence. They’re long overdue for a bit of happiness and hopefully even a fighting chance against Samaritan in the final showdown.

Survival may be a lot to ask in light of the anyone-can-die world “Person of Interest” unfolds in, but given the year LGBT characters — and their fans — are having, it would be nice to see these two dodge the fridge.

Nolan recently discussed the unfortunate recurring trope on io9, and promised that while he and his team have known for a while how they wanted the show to end, Root and Shaw’s relationship was treated with care. He noted, “I feel like we got to do all of the things we wanted to do this season, and I feel like every character is treated with the utmost respect.”

That’s all an audience can really ask for. 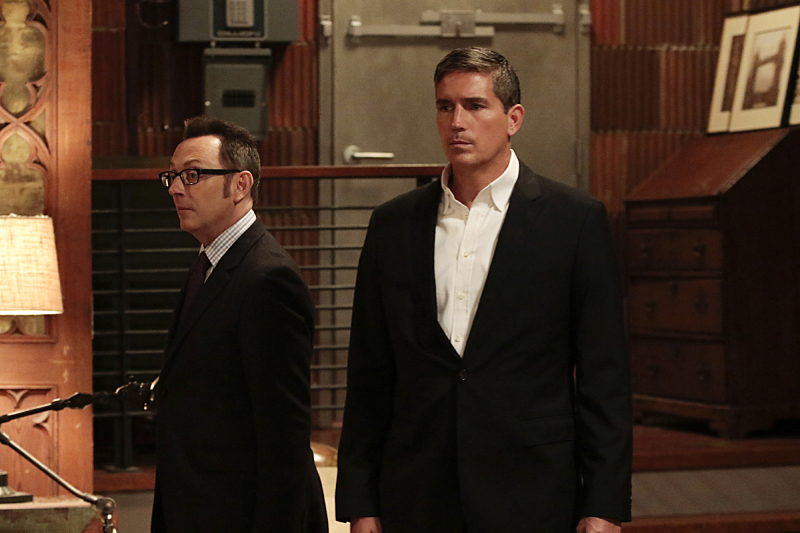 Last season stretched the team pretty thin. Between the weekly “numbers,” Root’s missions for the Machine and putting out various Samaritan fires, we didn’t really get to see everyone together for very long.

With Shaw gone and Root off the grid for a few episodes, the latter half of Season 4 reduced the team to a mere two. Watching Reese and Finch work numbers on their own (plus Fusco) was a nice callback to where it all began, but the show felt a little lonely and lackluster — especially without Carter, whose appearance in the flashbacks and hallucinations of “Terra Incognita” only reminded us of the gaping hole she left.

Nolan and Abrams promised that there wouldn’t be any filler in the remaining 13 episodes, so that should mean more of the team dynamics that gave “Person of Interest” such heart.

Finch and Root work together to reprogram the Machine 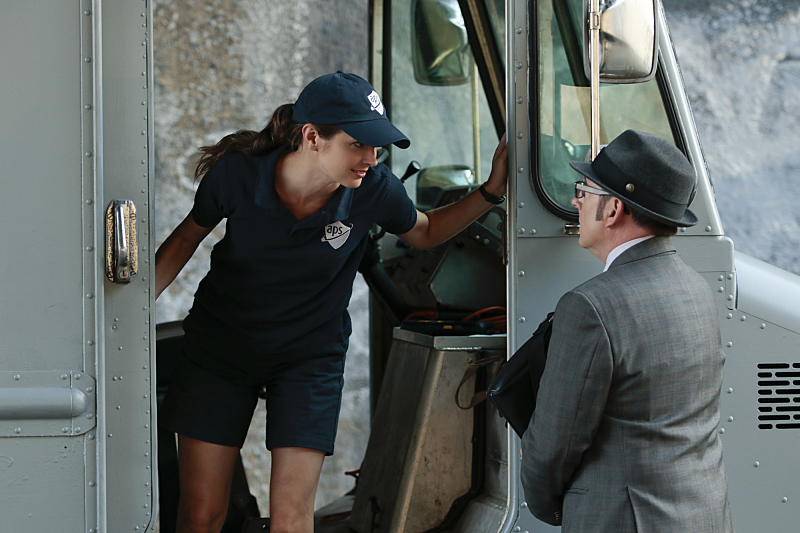 Speaking of team dynamics, the connection between Finch and Root has been sorely missed. The two have come so far since kidnappings and Faraday cages and have developed a relationship as important to the show as any other. It’s only fair that they get to share the responsibility of bringing the Machine back online.

Indiewire spoke with Michael Emerson a few months ago, where he said the two would clash a little about what to do with the Machine’s new programming. “Root will argue for one thing, and Mr. Finch will argue for another, but he may not argue as strenuously as he would have a couple of years ago because the situation is so bad.”

It looks like the rebooted Machine is going to glitch quite a bit this season, locking out both Finch and Root after it identifies them as threats to the system. The ideal resolution? Let Root do everything. 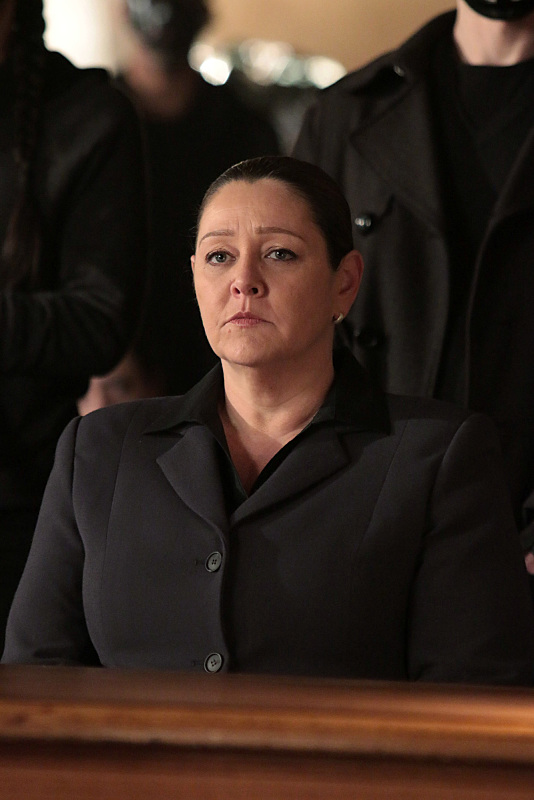 The character of Control has always been difficult to place on the hero/villain spectrum. While her relationship with Root, Shaw and the rest of the team hasn’t ever been very cordial, the end of last season positioned her firmly against Greer and Samaritan, even if that opposition resulted in her capture.

Still, there’s the whole killed-a-guy-and-his-friends-because-they-seemed-like-terrorists-but-really-weren’t bit. Not exactly hero material but, then again, no one on the show really is. “Person of Interest” has always been about flawed people trying to do good, Control finally working alongside the team would be great development.

Though Control (like everyone else) didn’t fare too well in last season’s finale, “Person of Interest” would be remiss not to use her in the final confrontation.

A nice bonus would be the reappearance of ISA Operative Brooks. After all, Samaritan did kill her (and Shaw’s) former partner, so payback for everyone seems appropriate.

Seeing Caleb (Luke Kleintank) return briefly last season was great, and more reappearances like that would offer some nice throwbacks to the show’s earlier days. It also would be nice  to think that the Machine might have predicted all of this way, way back, and tried to set a few things in motion to help the team out.

Of course, that includes Carrie Preston as Grace Hendricks, who Michael Emerson assured Indiewire will return. 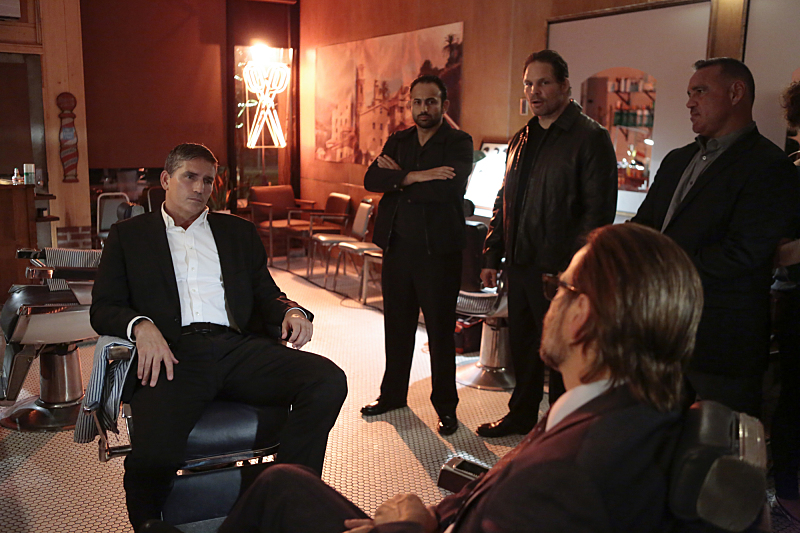 It seems like most dramas nowadays are playing a game of who can be the most fatalistic, often to the point of over-the-top hopelessness. Sure, “Person of Interest” has gotten pretty dystopian of late and the creator is one of the minds behind “The Dark Knight” trilogy, but that doesn’t exactly mean everyone has to die.

It’s also worth noting that there’s a campaign going around to get the show picked up for continuation through Netflix, and it wouldn’t be the first time a cancelled series has gone down this route.

Hopefully after five-plus years of helping the innocent, our ragtag team of misfits gets somewhat of a happy ending. After all, someone’s got to take care of the dog.

The final season of “Person of Interest” premieres tonight at 10pm on CBS. Also coming soon from CBS…