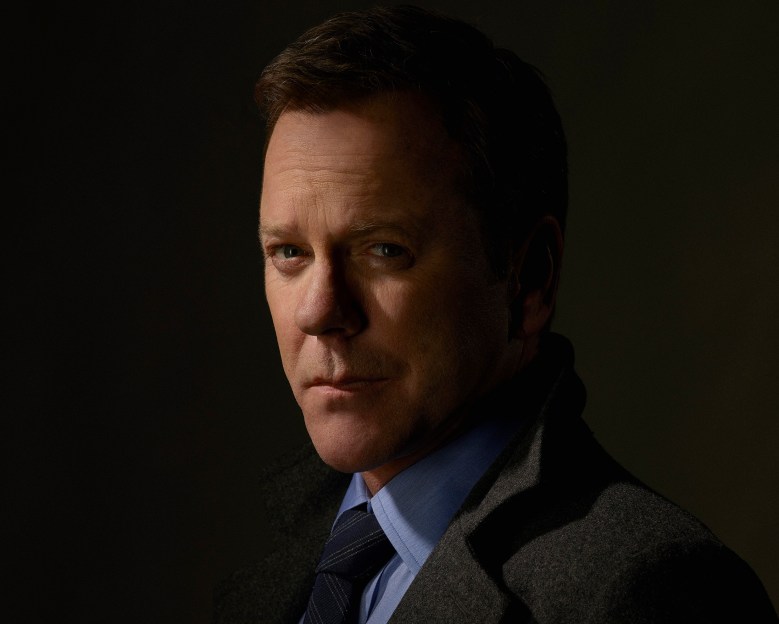 Synopsis (from ABC): Katie Otto (Katy Mixon, “Mike and Molly”), a confident, unapologetic wife and mother of three, raises her flawed family in the wealthy town of Westport, Connecticut, filled with “perfect” mommies and their “perfect” offspring.

Indiewire TV Critic Ben Travers: So, just to be clear, the hook here is that the character played by Katy Mixon is fat? And that’s extra hard for her because she lives in an area where being impossibly fit is the only acceptable standard? I’m sure there’s a show that can satirically tackle how wealthy Westport, Connecticut parallels the entire United States and not make it seem like we’re watching another “fat” person dance her troubles away, but it doesn’t seem like “American Housewife” is it. Also, Katy Mixon looks just fine to me, so maybe we’re a bit beyond this basic premise in 2016?

Indiewire TV Editor Liz Shannon Miller: The above spot feels overly familiar, and, unfortunately, doesn’t sell the kind of cast chemistry that will make this essential. Also, Ben and I are in agreement: The original title, “The Second Fattest Housewife in Westport” was better. If you’re going to be a show entirely obsessed with the main character’s appearance, you might as well own it.

Synopsis: Lawyer and former First Daughter Hayes Morrison (Hayley Atwell, “Marvel’s Agent Carter”) is about to accept a job offered from her sexy nemesis, NY District Attorney Wayne Wallis, to avoid jail time for cocaine possession and avoid hurting her mother’s Senate campaign. Working with his team at the new Conviction Integrity Unit will let her use her brilliant mind to turn over cases, where there is credible suspicion of wrongful conviction, and give her a chance to turn things around with her high-powered political family.

Ben: Been there, done that. A reluctant, rebellious genius is put in a position of power that doesn’t quite sit right with her or her new underlings? Um, I know “House” was a success, but did we already forget about “Backstrom”? Maybe ABC really doesn’t watch the competition, but is the new twist in “Conviction” that Hayley Atwell is being turned into a blatant sex object who grabs her breasts from time to time? “Tune in! Maybe she’ll touch herself this week!” She deserves better than this trailer, and, likely, this show.

Liz: As a Hayley Atwell fan who’s happy to see her stay on television, I wanted this to be great. But wow, there’s an awful lot happening here in this jumbled trailer, and it way oversells the fact that — unlike Agent Carter — this time, Atwell is a “bad girl.” There’s literally a title card that calls her “a bad girl.” “Conviction” earns points for actually introducing a clear procedural element, but is this first episode basically doing Sarah Koenig’s job and solving Season 1 of “Serial”?

Ben: Hey, remember “Dirty, Sexy, Money”? Those SEO terms are all over “Notorious,” but without the actual application. It wants to be dirty, but it feels a little too familiar. It wants to be sexy, but it’s trying too hard. It wants to look like it has money, but this cluttered cut overwhelms any chance this had of standing out.

Liz: The phrase “don’t play by the rules” should probably be banned from all trailers ever, though it does serve as a helpful red flag that more cliches are on the horizon. Piper Perabo and Daniel Sunjata could make for a great on-screen duo, but this trailer does nothing to showcase them.

Synopsis: Based on the novel and movie “Time After Time,” executive producer/writer Kevin Williamson (“The Vampire Diaries,” “Scream” franchise, “Dawson’s Creek”) delivers a fantastical cat and mouse adventure through time when famed science fiction writer H.G. Wells is transported to modern day Manhattan in pursuit of Jack the Ripper. Once H.G. arrives in New York City, he finds a world he never thought possible and a young woman who captivates him.

Ben: Even if you manage to stick with the time travel twists, there’s not much waiting for you on the other side. This one gives away far too much of what appears to be the main story — H.G. Wells chases Jack the Ripper through modern Manhattan — and leaves us wondering, “Well… what’s next?” Still, it’s got Freddie Stroma, a.k.a. Bachelor Adam from “UnREAL,” so we’ll definitely give it a shot.

Liz: There’s no denying that this trailer does a nice job of recreating the original film. What it completely fails to do is sell what kind of story engine will drive this as an actual series. Freddie Stroma and Genesis Rodriguez seem to have great chemistry, but there’s a lot left to establish here.

Synopsis: “Still Star-Crossed,” a period drama from Shondaland, picks up where the famous story of Romeo and Juliet ends, charting the treachery, palace intrigue and ill-fated romances of the Montagues and Capulets in the wake of the young lovers’ tragic fate. The series is based on the book by Melinda Taub.

Ben: A little messy, this Shonda Rhimes-backed period piece looks to repackage the passion from her previous hits in a more “corset-y” fashion, and that’s more than all right by me. The ambition on hand in the concept and production design are hopefully mirrored by the story, but that’s too hard to assess here. What we can tell is how refreshing it is to see a Shakespearean tale filled with actors who aren’t old white folks.

Liz: I’ll give points to ABC for trying period drama (after getting badly burned by “Gods and Prophets”). There’s not a lot of meat in this trailer because it spends a lot of time focusing on the dumb-dumb teenagers whose suicides kick off the story. But Shonda Rhimes’ “Romeo and Juliet” fan fiction could be entertaining, if the characters get that Shondaland pop.

Synopsis: Maya DiMeo (Minnie Driver) is a mother who is willing to do anything for her family. Her son, JJ (Michah Fowler) has cerebral palsy and she will fight for justice in order to give him what he deserves. From the creators of “Fresh Off The Boat,” comes “Speechless” on ABC.

Ben: Minnie Driver! Yay! After two different two-seasons-and-out series (“About a Boy” and “The Riches”), it’s great to see Driver’s winning presence back at the heart of a family comedy. And this one looks okay! While it could easily devolve into your average “Modern Family,” “Speechless” made me open my mouth and laugh with this early preview. Here’s hoping that continues.

Liz: Minnie Driver is the best, and this trailer does a nice job of showcasing her character’s overprotective instincts and intense energy. The premise of what it takes to parent a special needs child, especially when you have other children, might not be the funniest on paper, but there are enough clever gags in this trailer to give me hope that the show itself might inspire laughs.

Synopsis: Alice (Jenna Elfman) has her life turned upside-down when she ‘stupidly’ falls for the love of her life Ben (Stephen Schneider) — an adorable, quick-witted divorced father with three kids. But when she ignores her fears of commitment and her ability to mother, Imaginary Mary, her childhood invention (voiced by Rachel Dratch), comes back to life to express Alice’s deepest fears and add more chaos to the situation.

Ben: Jenna Elfman! Yay! After a couple of misfires (“Growing Up Fisher” and “1600 Penn”), it’s great to see our former “Dharma” find a series of a similar unique flavor. And this one looks pretty good! With Rachel Dratch voicing an adorable imaginary sidekick named Mary, this sitcom seems on track to at least be memorable. Elfman has earned that much.

Liz: This is one of those premises that could foreseeably be terrible (despite Rachel Dratch), but thanks to a trailer that really showcases the quirks of its cast (including Rachel Dratch), “Imaginary Mary” scored surprisingly well with us. Stephen Schneider, in particular, stuck out as notably dynamic with his limited screen time, so I’m looking forward to seeing how that plays out (especially because Rachel Dratch is involved).

READ MORE: Canceled TV 2016: What Shows Should Be Saved and Which Deserved the Axe

Synopsis: Based on the web series, “Downward Dog” is about a struggling millennial, Nan (Emmy-nominated Allison Tolman, “Fargo”), from the point of view of her lonely and philosophical dog, Martin. One session at obedience school already makes them realize that even at their worst they may be the best thing for each other.

Ben: Allison Tolman! Yay! After dropping off the radar (other than a stellar guest appearance on “Archer”) following her breakout role on “Fargo,” Tolman is expanding from a cable audience to a big broadcast ticket. And it looks good! Okay, okay. I’ll break from my formula to say I do have a couple reservations about the above trailer — namely that it doesn’t really establish a problem to overcome or a clear, sustainable path. But hey, between Tolman and a bearded “Raising Hope” star in Lucas Neff, this talking dog is built on the right legs.

Liz: The moving mouth on the dog honestly bothers me a little bit, but I can’t really care too much because Allison Tolman is starring in a comedy with a really cute dog in it. This trailer actually has a surprising amount of heart — wasn’t expecting to get so teary at the end — and it could end up being the kind of show that’s much better than it needs to be.

Synopsis: Emmy- and Golden Globe-winning actor Kiefer Sutherland (“24”) returns to primetime in a conspiracy thriller as Tom Kirkman, a lower-level cabinet member who unexpectedly becomes president after a devastating attack on Washington. He will struggle to prevent the country and his own family from falling into chaos, as he is thrust into one of the most difficult presidencies in history.

Ben: The idea of Kiefer Sutherland as the President of the United States is one every “24” fan has had at least 24 times since 2001. I mean, after seeing Jack Bauer save the world day after day, who else would you want in charge of the country? So what “Designated Survivor” does well in this introductory spot is turn one of TV’s biggest badasses into an underdog. Kal Penn doesn’t think Kiefer Sutherland should be president. That’s a ridiculous statement — even if you’re aware of “Kumar’s” political intelligence — and it’s just been made legit. I can’t wait to see Kiefer prove him wrong.

Liz: A clear winner. Really excited for this premise, the cast is maybe my favorite of them all (Kal Penn! Maggie Q!) and Kiefer Sutherland appears to be playing something very different from Jack Bauer. This trailer sets up a lot of plot efficiently and effectively. It feels like flat-out great television.