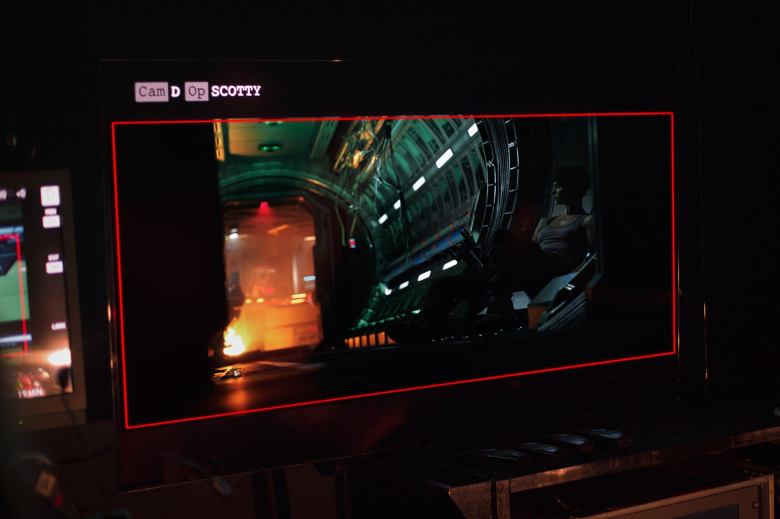 Big things have small beginnings. This much was made clear by “Prometheus,” Ridley Scott’s 2012 prequel to the “Alien” franchise he launched in 1979, and not just because Michael Fassbender’s android says as much in the trailer. “Alien: Covenant,” the sequel to that prequel (confusing, we know) now has its own small beginning the form of a picture of star Katherine Waterston.

Fox released the image on the official “Alien” Facebook and Twitter pages. Along with the caption “nowhere to run,” the on-set photo reveals that Waterston’s character is named Daniels — making her the only one besides Fassbender’s David to have a name yet. As indicated by some exposed wires and what looks to be a fire breaking out in the background, this latest “Alien” installment looks as lighthearted and carefree as its predecessors.

Fassbender is the only “Prometheus” cast member to return, mainly because all but one other character is dead; he and Waterston will be joined on “Covenant’s” eponymous ship by Danny McBride, Demián Bichir, Jussie Smollett, Amy Seimetz and Billy Crudup. “Alien: Covenant” hits theaters on August 4, 2017.

For more, watch a video essay on “Prometheus”: