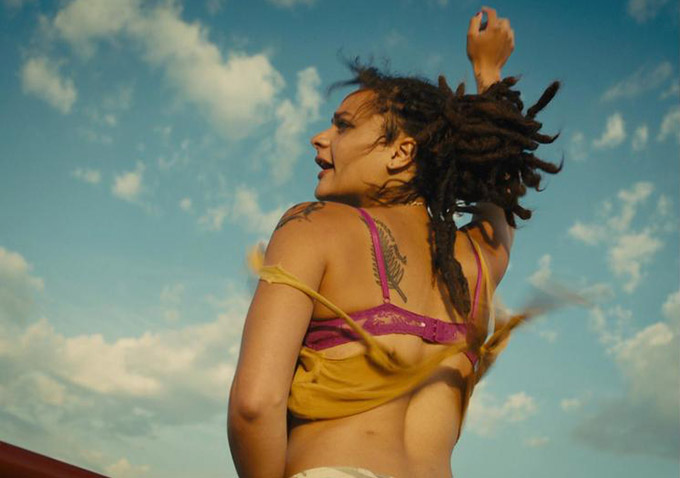 Five years after the Cannes Film Festival passed over screening her minimalist adaptation of “Wuthering Heights,” British filmmaker Andrea Arnold returned to the Croisette on Saturday and left audiences speechless with “American Honey,” instantly becoming one of the frontrunners for this year’s Palme d’Or. The two-hour-and-forty-minute odyssey stars revelatory newcomer Sasha Lane as Star, a young woman with a troubled life who starts anew after meeting a group of rebels who travel the country selling door-to-door magazine subscriptions. The head of the group is love interest Jake, played by Shia LaBeouf in a career-best performance, and the supporting cast includes Riley Keough.

In an A- review out of Cannes, Indiewire’s Chief Film Critic Eric Kohn raved, “Arnold, shooting once again in a 4:3 ratio, presents ‘American Honey’ as an intimate window into a much bigger world. From a botched attempt at wooing middle-aged cowboys to a gentler encounter with a good-natured trucker, Star’s off-kilter adventures unfold like a series of stanzas about the underrepresented struggles of working-class life.”

The drama, which represents Arnold’s first made here in the states, was purchased by A24 before the festival, and the vast acclaim out of Cannes means we could be seeing an awards launch for the film this fall. The first clip from the film as arrived above, and it puts Lane front and center, while also showing off Arnold’s impressive sense of realism. Click here for more “American Honey” coverage out of Cannes.

This Article is related to: News and tagged American Honey, Andrea Arnold, Cannes 2016